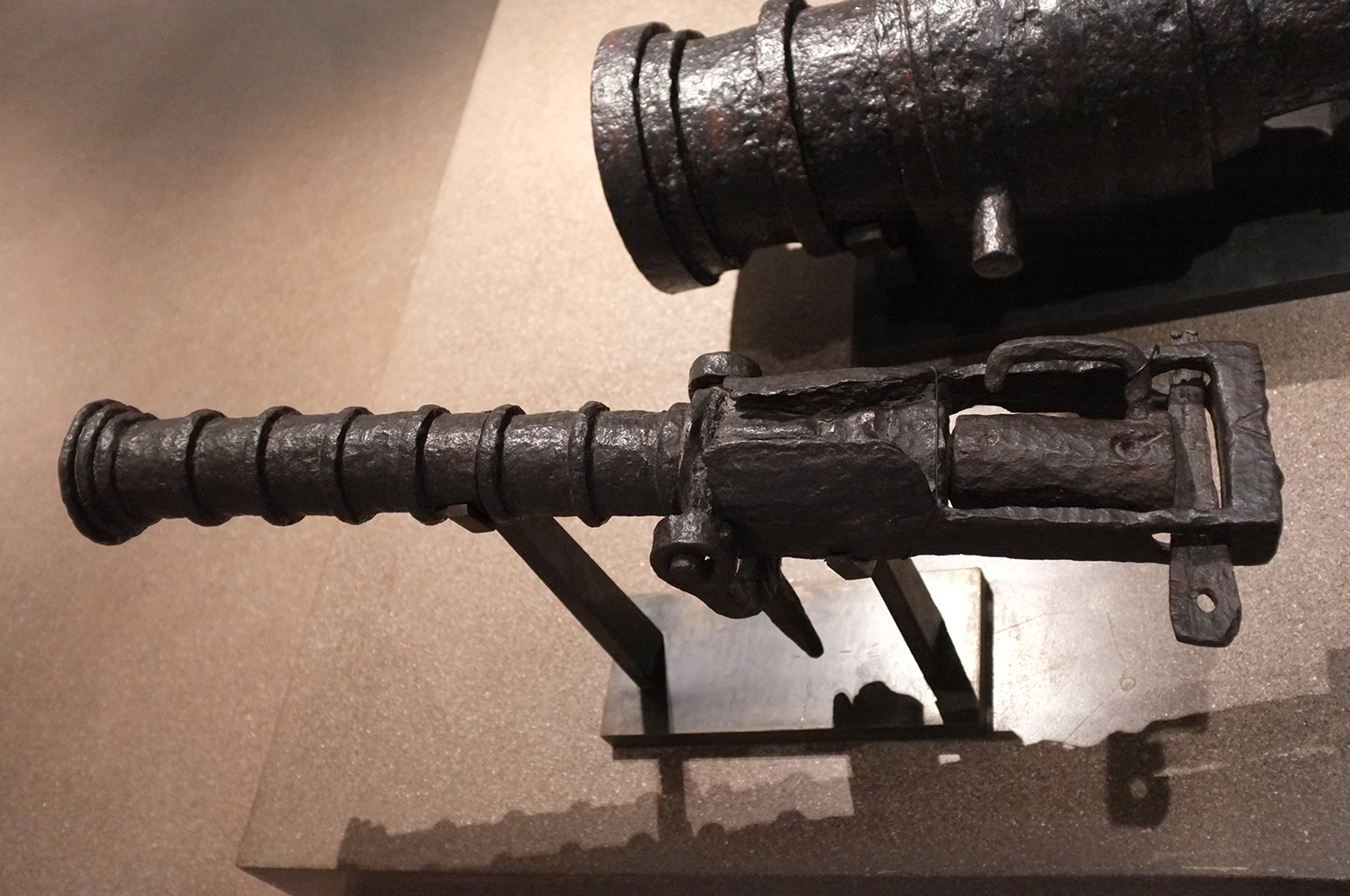 As you may know if you have been following the story of Queen Anne’s Revenge, we have discovered 30 cannon on site so far and recovered 24 of them. All of these cannon are muzzle-loaders, described as such because they are loaded from the front of the gun. Another earlier type of cannon are known as breech-loaders. These guns are loaded through an opening at the back, or the breech of the gun. Breech blocks were essentially a reusable gunpowder chamber used in conjunction with breech-loaders, in front of which the ammunition was placed. They are made of wrought iron and have a handle for easy loading and unloading. The chamber would have been filled with gunpowder, sealed with a wooden plug called a tampion, and ignited through a touch hole. Having multiple reusable chambers at the ready would make rapid-fire reloading much more efficient. 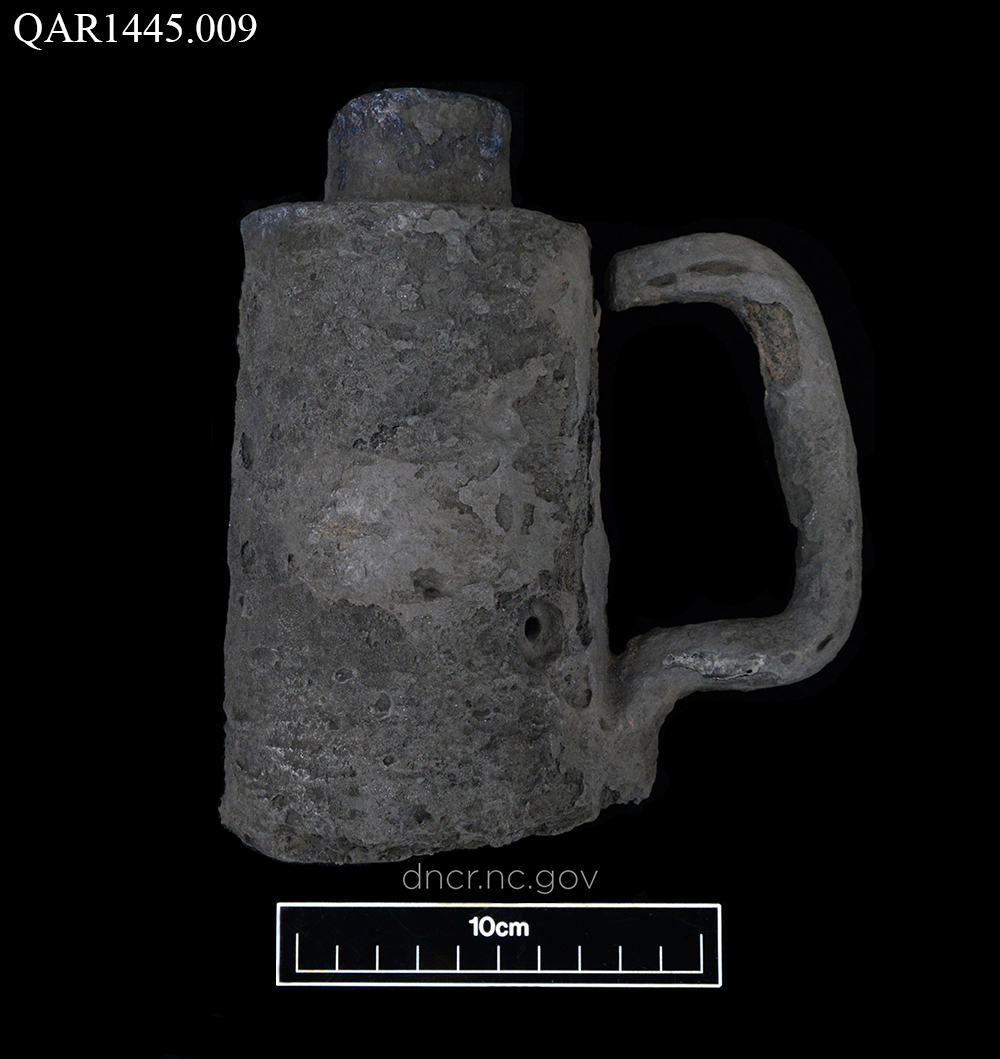 We have never found any breech-loading cannon on the QAR site. So, why on earth do we have two breech blocks? Both were recovered in 2007 and found near to each other on the site, in an area with a high concentration of artillery and various types of ammunition. 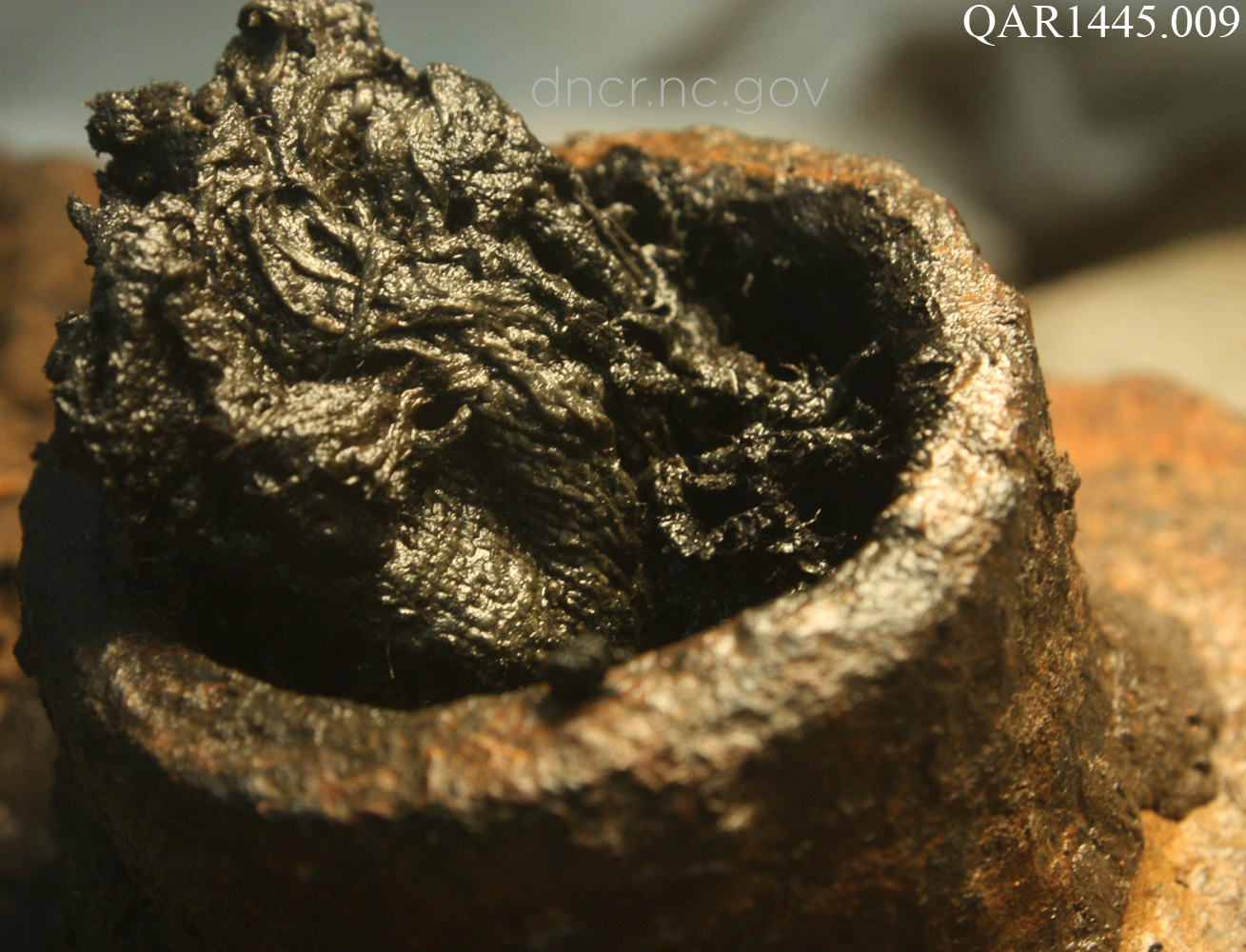 It is likely that the two breech blocks were meant for use with smaller yoke-mounted swivel guns, which were ideal for anti-personnel tactics. The fact that both were still sealed suggests that the breech blocks had been prepared for use not too long before the ship ran aground. We know that Blackbeard only held the ship for about 6 months before abandoning it near Beaufort, NC – were the swivel guns associated with the breech blocks offloaded when he took La Concorde from the French crew? Could these smaller cannon, likely positioned on an upper deck, have been easily salvaged following the grounding in June 1718? The chambers may also have still been useful as a type of makeshift handheld mortar, even in the absence of an associated cannon. Mysteries abound for which we many never have definite answers.

Even though the presence of the breech blocks remains a mystery in themselves, one of them offered even more intriguing clues when we cleaned it out. Stay tuned next month for the rest of the story!