From Anonymity, a Life of War and Roguery

Despite his legendary reputation, little is known about the early life of Blackbeard. Even his true name is uncertain, though it is usually given as some variation of Edward Thatch or Teach.

He is reported to have served as a privateer during Queen Anne's War (1701 - 1714), and turned to piracy sometime after the war's conclusion.

In Pursuit of a Famous Pirate

The earliest primary source document that mentions Blackbeard by name dates to the summer of 1717. Other records indicate that by the fall of 1717 Blackbeard was operating off Delaware and Chesapeake bays in conjunction with two other pirate captains, Benjamin Hornigold and Stede Bonnet.

Blackbeard served an apprenticeship under Hornigold before becoming a pirate captain in his own right.

Read more about what we have learned from primary sources 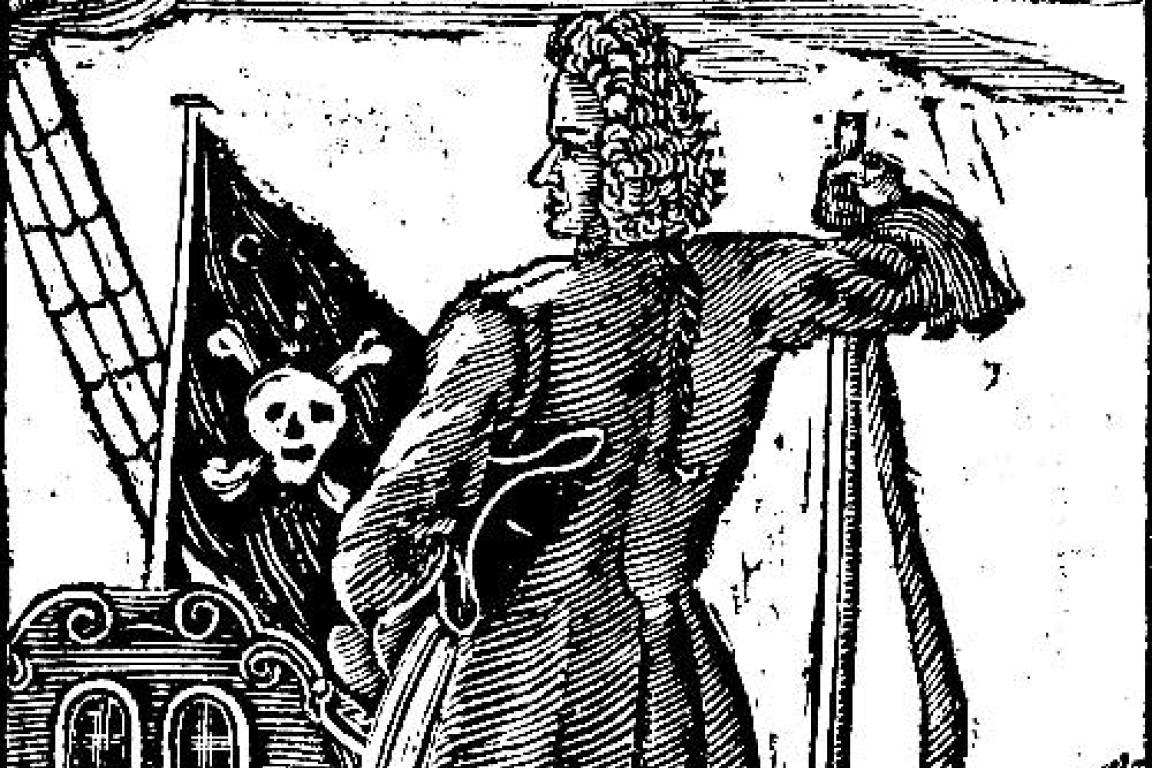 A Queen in the Caribbean

Late in the fall of 1717, the pirates made their way to the eastern Caribbean. It was here, off the island of Martinique, that Blackbeard and his fellow pirates captured the French slaveship La Concorde -- a vessel he would keep as his flagship and rename Queen Anne's Revenge.

After crossing the Atlantic during its third journey, and only 100 miles from Martinique, the French ship encountered Blackbeard and his company. According to a primary account, the pirates were aboard two sloops, one with 120 men and twelve cannon, and the other with thirty men and eight cannon.

With the French crew already reduced by sixteen fatalities and another thirty-six seriously ill from scurvy and dysentery, the French were powerless to resist. After the pirates fired two volleys at La Concorde, Captain Dosset surrendered the ship.

From La Concorde to Mauvaise Rencontre

The cabin boy and three of his fellow French crewmen voluntarily joined the pirates, and ten others were taken by force including a pilot, three surgeons, two carpenters, two sailors, and the cook. Blackbeard and his crew decided to keep La Concorde and left the French the smaller of the two pirate sloops.

The French gave their new and much smaller vessel the appropriate name Mauvaise Rencontre (Bad Encounter) and, in two trips, succeeded in transporting the remaining Africans from Bequia to Martinique. 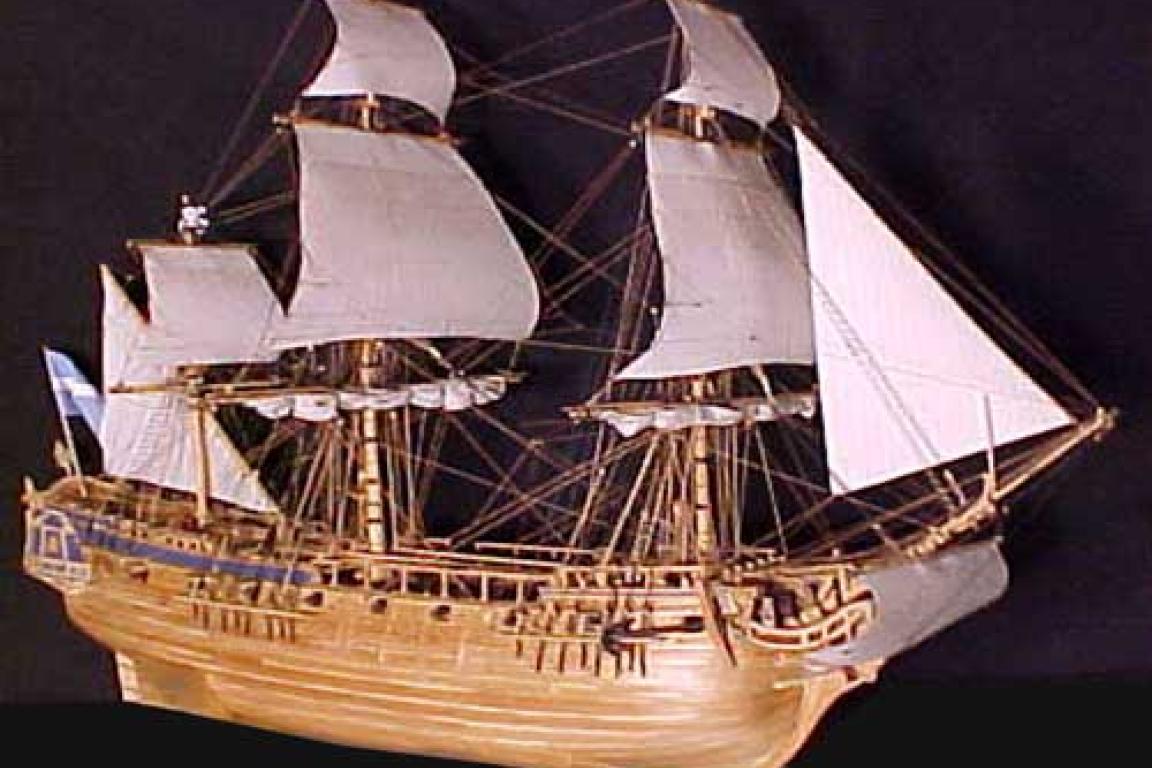 Learn about La Concorde's journeys prior to its capture by Blackbeard. 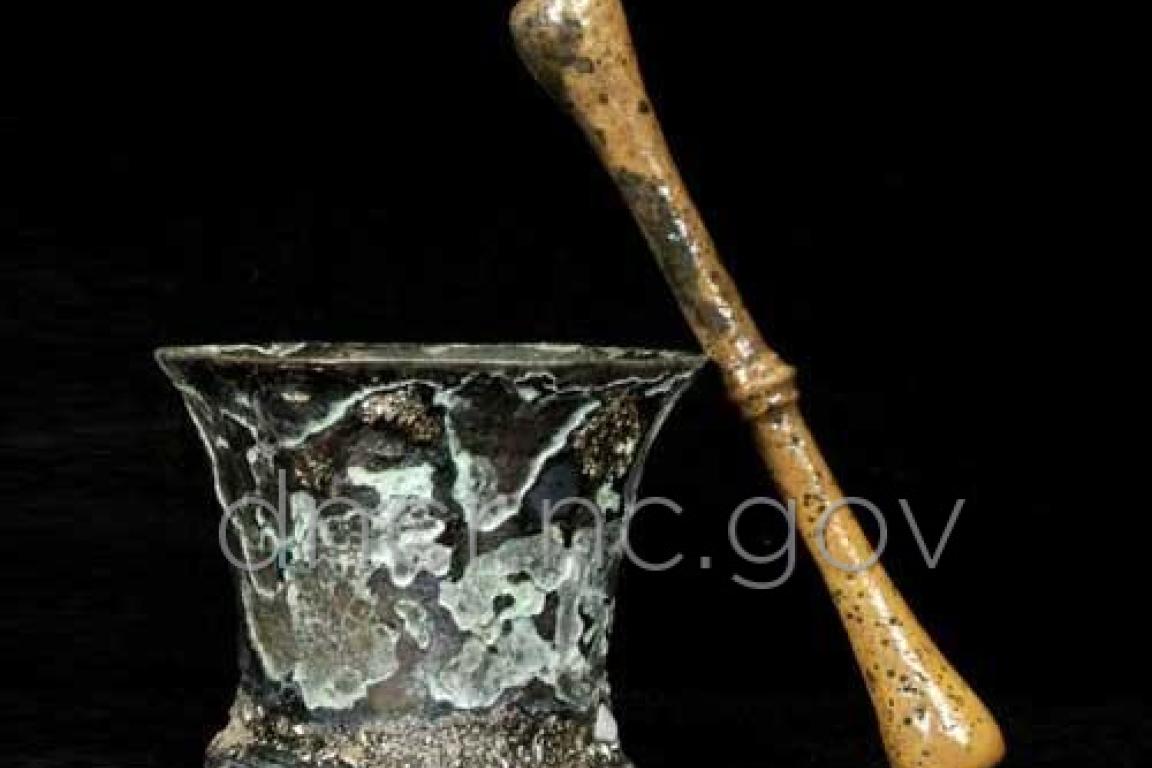 Examine some of the tools and instruments Blackbeard and his crew used to navigate and survive at sea.

Leaving Bequia in late November, Blackbeard cruised the Caribbean in his new ship, now renamed Queen Anne's Revenge, taking prizes and adding to his fleet. From the Grenadines, Blackbeard sailed north along the Lesser Antilles plundering ships near St. Vincent, St. Lucia, Nevis, and Antigua, and by early December he had arrived off the eastern end of Puerto Rico.

From there, a former captive reported that the pirates were headed to Samana Bay in Hispaniola (Dominican Republic).

By April 1718, the pirates were off the Turneffe Islands in the Bay of Honduras. It was there that Blackbeard captured the sloop Adventure, forcing the sloop's captain, David Herriot, to join him. Sailing east once again, the pirates passed near the Cayman Islands and captured a Spanish sloop off Cuba that they also added to their flotilla.

Turning north, they sailed through the Bahamas and proceeded up the North American coast. In May 1718, the pirates arrived off Charleston, South Carolina, with Queen Anne's Revenge and three smaller sloops.

In perhaps the most brazen act of his piratical career, Blackbeard blockaded the port of Charleston for nearly a week. The pirates seized several ships attempting to enter or leave the port and detained the crew and passengers of one ship, the Crowley, as prisoners.

As ransom for the hostages, Blackbeard demanded a chest of medicine. Once delivered, the captives were released, and the pirates continued their journey up the coast.

Charles Johnson's A General History of the Pyrates, p. 73

"Teach detained all the Ships and Prisoners, and, being in want of medicines, resolves to demand a Chest from the Government of the Province... threatning [sic], that if they did not send immediately the Chest of Medicines, and let the Pyrate-Ambassadors return... they would murder all their Prisoners..."

Mishaps Off the North Carolina Coast

Soon after leaving Charleston, Blackbeard's fleet tried to enter Old Topsail Inlet in North Carolina, now known as Beaufort Inlet. During that attempt, Queen Anne's Revenge and the sloop Adventure grounded on a sandbar and were abandoned. Research has uncovered two eyewitness accounts that shed light on where the two pirate vessels were lost.

According to a deposition given by David Herriot, the former captain of Adventure, "the said Thatch's ship Queen Anne's Revenge run a-ground off of the Bar of Topsail-Inlet." Herriot further states that Adventure "run a-ground likewise about Gun-shot from the said Thatch".

Captain Ellis Brand of HMS Lyme provided additional insight as to where the two ships were lost in a letter (July 12, 1718) to the Lords of Admiralty. In that letter Brand stated that: "On the 10th of June or thereabouts a large pyrate Ship of forty Guns with three Sloops in her company came upon the coast of North carolina ware they endeavour'd To goe in to a harbour, call'd Topsail Inlet, the Ship Stuck upon the barr att the entrance of the harbour and is lost; as is one of the sloops." 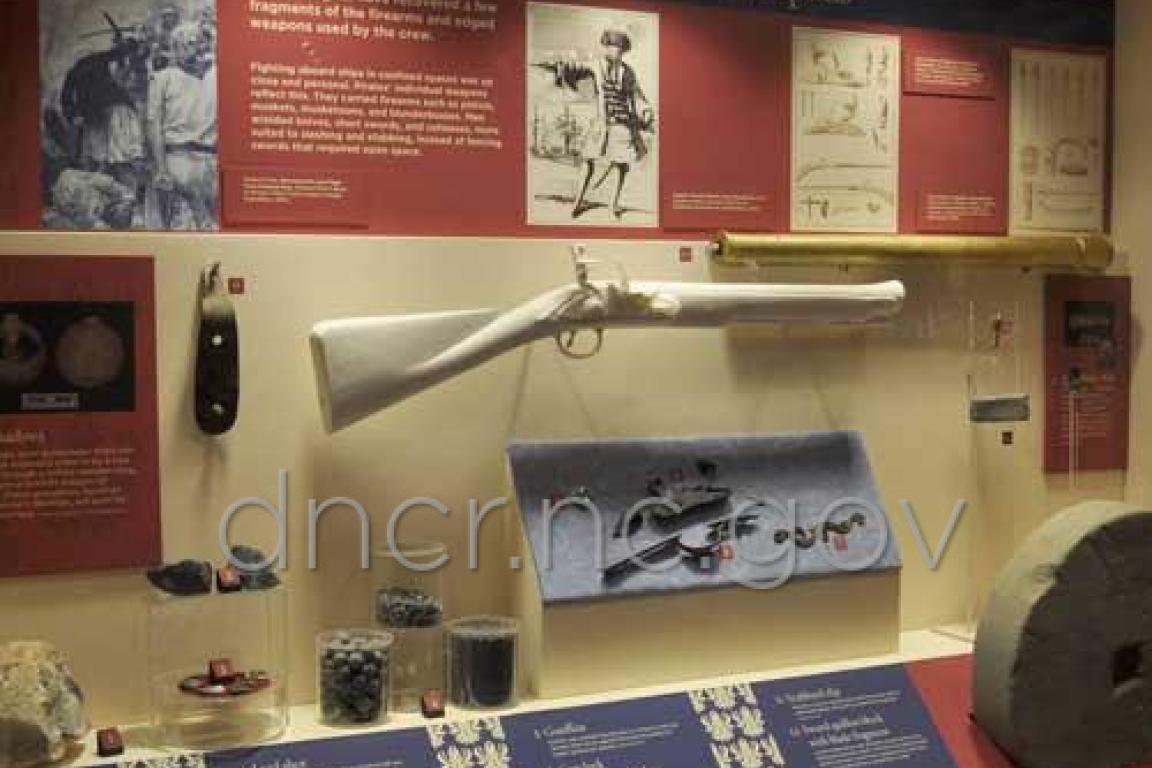 Was the Loss of QAR Blackbeard's Gambit?

In his deposition, Herriot claims that Blackbeard intentionally grounded Queen Anne's Revenge and Adventure in order to break up the company, which by this time had grown to over 300 pirates. Intentional or not, that is what happened as Blackbeard marooned some pirates and left Beaufort with a hand picked crew and most of the valuable plunder.

In a desperate battle aboard Maynard's sloop, Blackbeard and a number of his fellow pirates were killed. Maynard returned to Virginia with the surviving pirates and the grim trophy of Blackbeard's severed head hanging from the sloop's bowsprit.

In 2015, historian Baylus Brooks examined official government records in Jamaica and Church of England records to gain new insight into the possible identity of Blackbeard. Brooks assembled the immediate lineage of an Edward Thache, a respected resident of Spanish Town, Jamaica.

Because of this work, it may be possible to place Blackbeard's actions in an appropriate historical context. Brooks's intriguing genealogical research and the Thache family tree contained in his book, Blackbeard Reconsidered: Mist's Piracy, Thache's Genealogy, offer a possibility for Blackbeard's mysterious background. Is the Edward Thache Brooks unearthed in Jamaica the same Edward Thache who assumed the alias of Blackbeard and terrorized the Caribbean? You decide!