On This Day, a Queen Was Born 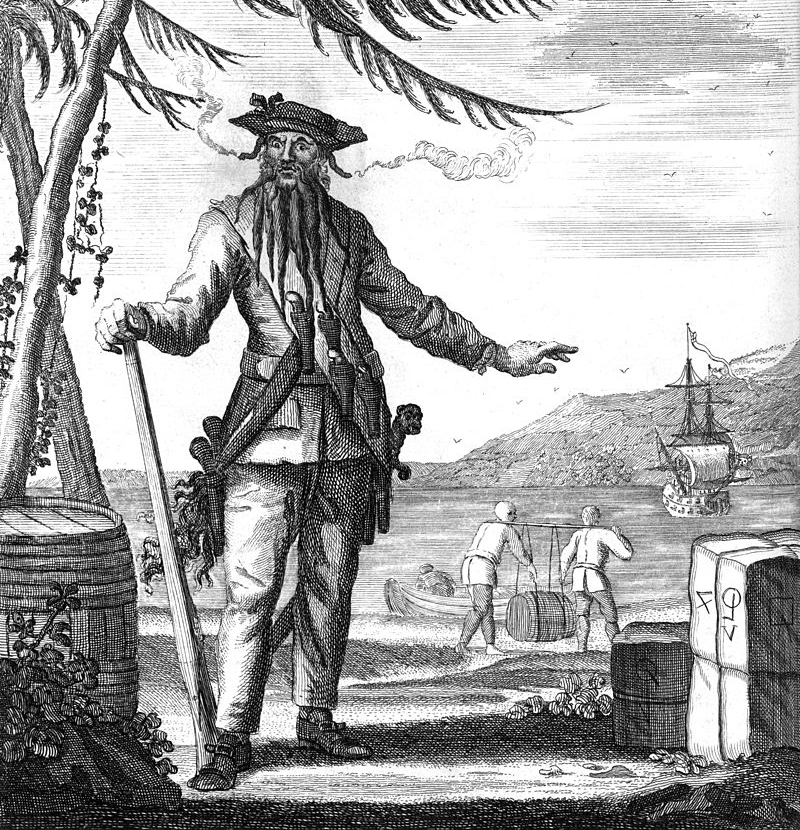 On November 17, 1717*, La Concorde encountered an unruly band of pirates and quickly fell into the hands of the fearsome Blackbeard. The French crew of La Concorde continued to be plagued by bad luck as they ventured across the Atlantic Ocean; scurvy and dysentery swept through the ship, and 61 enslaved people died and over half the crew had died or fallen sick. By the time they were within a few hundred miles of their destination of Martinique, only 31 men were well enough to sail and defend the ship. The pirates, about 150 men in two ships, sent two rounds of cannon and musket fire toward La Concorde and took over the ship with no fight.

Blackbeard’s pirates took the French sailors to the island of Bequia, south of Martinique, where the pirates raided the ship for cargo, searched the crew for goods, and demanded all the gold. The cabin boy, 15-year-old Louis Arot of Nantes, told the pirates where the French captain and officers kept the gold dust and voluntarily joined their crew. Ten French men were forced to join the pirates, among them surgeons, navigators, carpenters, a cook, and a gunsmith; four men, including the cabin boy, volunteered to join. Pirates often would retain sailors from the vessels they captured who possessed skills they needed. Blackbeard left the remaining crew of La Concorde and many of the enslaved people on Bequia with the smaller of his two ships, taking about 75 enslaved people with him (sources vary on the total). Blackbeard renamed his prize Queen Anne's Revenge, increased his fire power to 40 cannon, and embarked on his quest to become one of the most infamous pirates in the New World.

*The original French documents state the date as November 28. However, the French calendar in the 18th century differed from the English calendar by 11 days, and the date used here corresponds to the 18th-century English calendar for consistency.