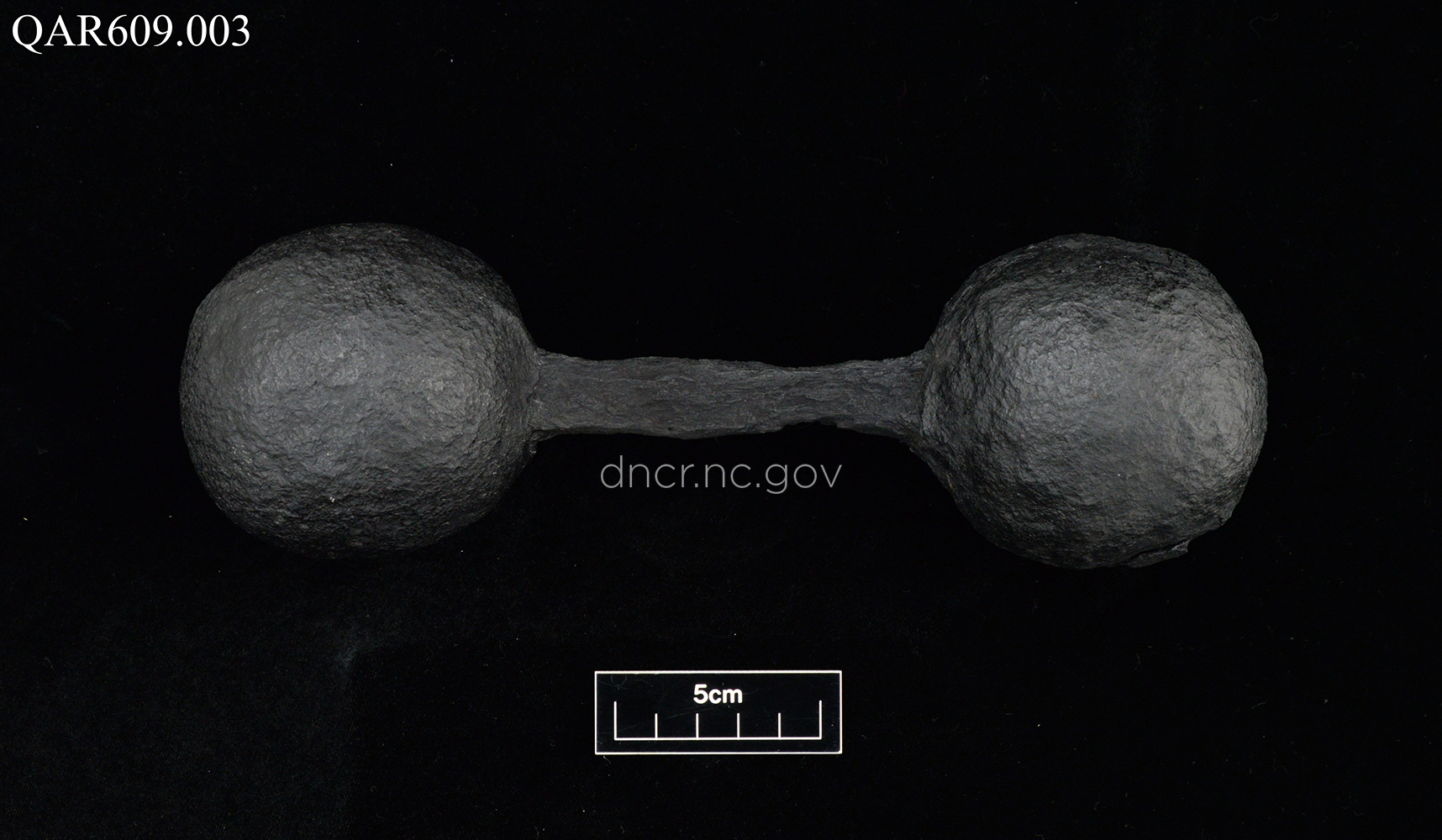 Naval warfare was a particularly bloody affair when it came down to trading blows, and pirate crews used every form of projectile they could get their hands on to get their point across. A favorite type of theirs was what is referred to as dismantling shot, or more commonly bar shot, and is thought to have been used to de-mast and disable the rigging of ships to slow them down and ultimately make a prize of them. This type of shot is the oldest and most common shot used with cannon other than your standard cannon ball. The weighted ends would cause the shot to travel through the air in an irregular pattern, tearing through spars, sails, rigging, or the unfortunate sailor in its path. After all, what’s a ship worth to a pirate if it sinks? 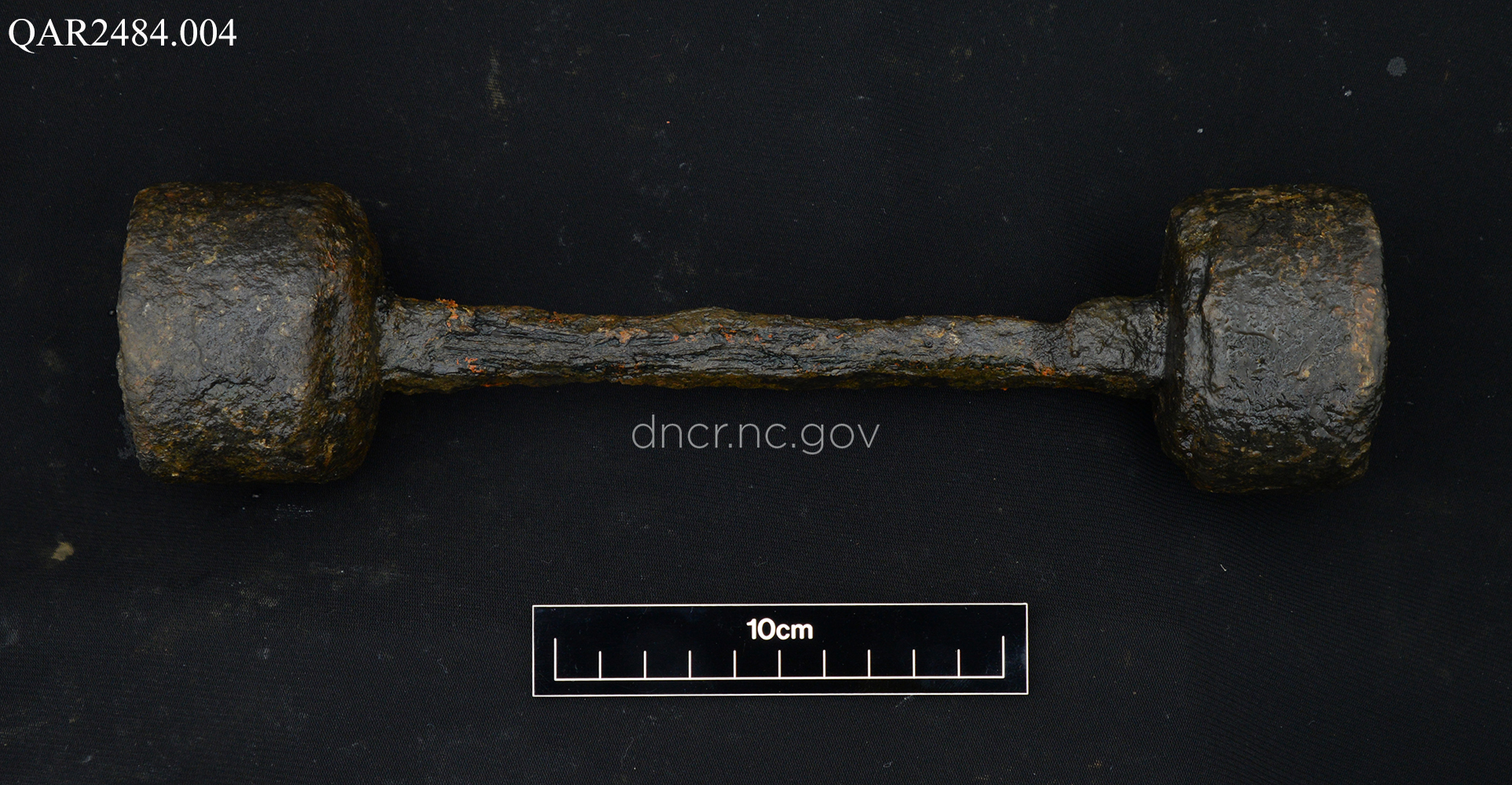 The 1743 edition of Ephraim Chambers “Cyclopaedia” describes bar shot as “…two bullets, or rather half bullets, joined together by an iron bar; serving to cut down masts, sails, etc…” This expands upon its definition from the earlier edition in 1728 which simply says, “Round shot, with a long spike of iron cast in it, as if it went through the middle of it.” Bar shot was a form of “battering projectile” in the 18th century and was created in a wide variety of different forms. Of those forms, only four distinct bar shot types have come to light thus far from Queen Anne’s Revenge, which can be described as follows.

The first type has two whole cannon balls joined by a length of square bar in the middle. The next is half-round (hemi-spherical) shot, defined by two halves of a cannon ball with a square bar in between. The third type is hammer shot, which has two iron cylinders joined by a round or square bar. The final type found on QAR is one example of expanding bar shot, which has two hammer-headed ends joined by two lengths of round bar linked in the center, allowing the shot to be compressed for firing, but expanding out to almost three feet upon leaving the muzzle of the cannon. Within these four types, over 35 whole and broken bar shot have been recovered to date, and this number can be expected to grow as we continue our work on this legendary shipwreck.

References:
-Chambers, E. Cyclopaedia: or, An Universal Dictionary of Arts and Sciences. London, England. 1728 and 1743.
-Gardiner, R. Conway's History of the Ship, The Line of Battle: The Sailing Warship 1650-1840. Ann Arbor: University of Michigan Press, 1992.
-Manucy, A. Artillery Through the Ages: A Short Illustrated History of Cannon, Emphasizing Types Used in America. Washington DC: US Department of the Interior, 2007.
-Mountaine, W. The Practical Sea-Gunner's Companion: or, An Introduction to the Art of Gunnery; Containing, Decimal Arithmetic, Practical Geometry, Trigonometry. London, England, 1747.