Under Lock and Key 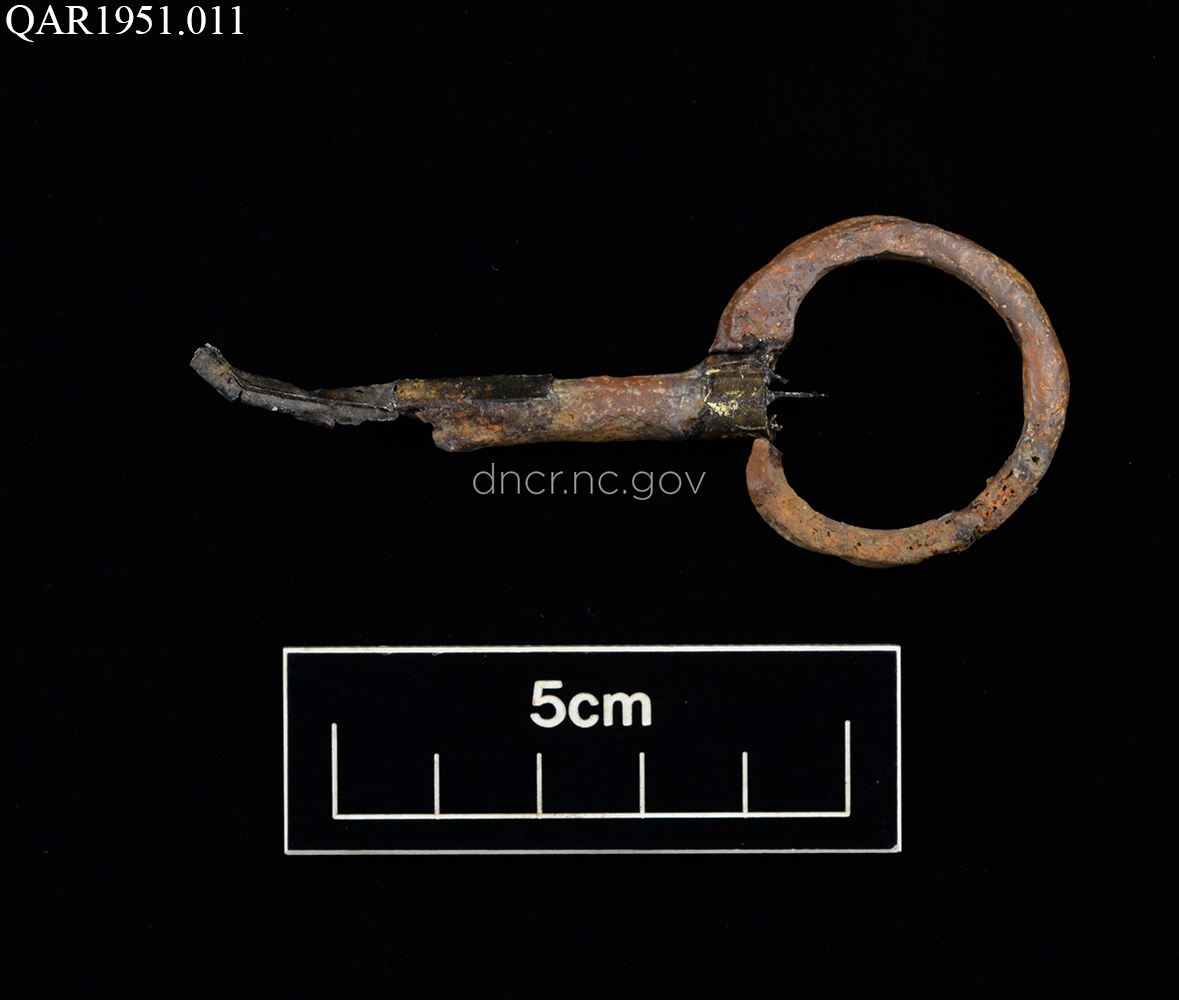 As you have been reading our blog, you have undoubtedly become aware of some of the difficulties involved in identifying objects. Some are straightforward, like cannon balls or anchors, others, not so much. This month’s object falls under the second category. In the broad range of what it may be, research has pointed in the direction of locking mechanisms. 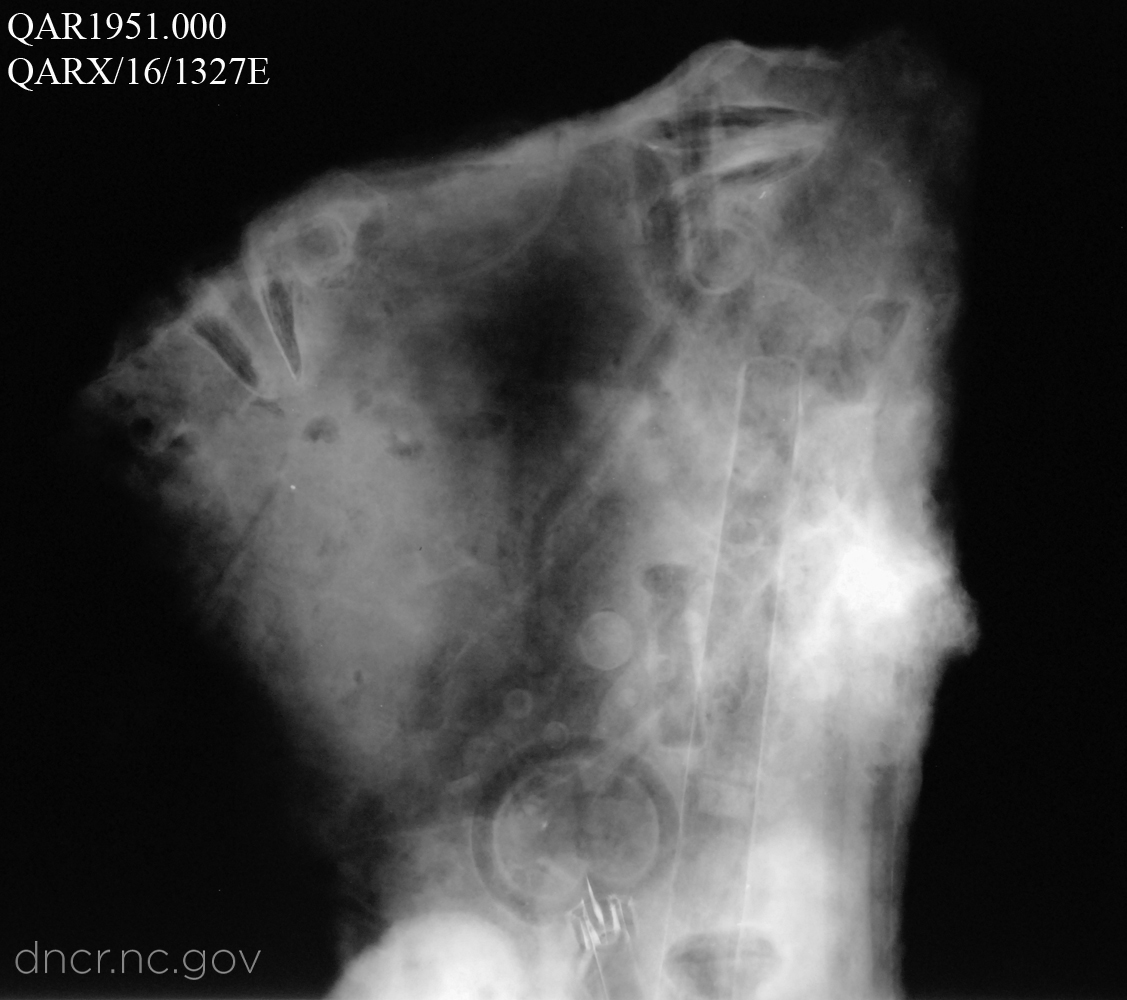 This month’s mystery object first became apparent in x-ray, along with other recognizable items like gun parts and a cannon ball. The object has a copper alloy band joining an iron ring to a straight rod. This band has three prongs, which in x-ray look to be embedded into the ring. The ring itself appears to have been originally heart shaped. The iron was completely lost due to corrosion, but we were able to preserve its form using epoxy.

The copper alloy travelling down 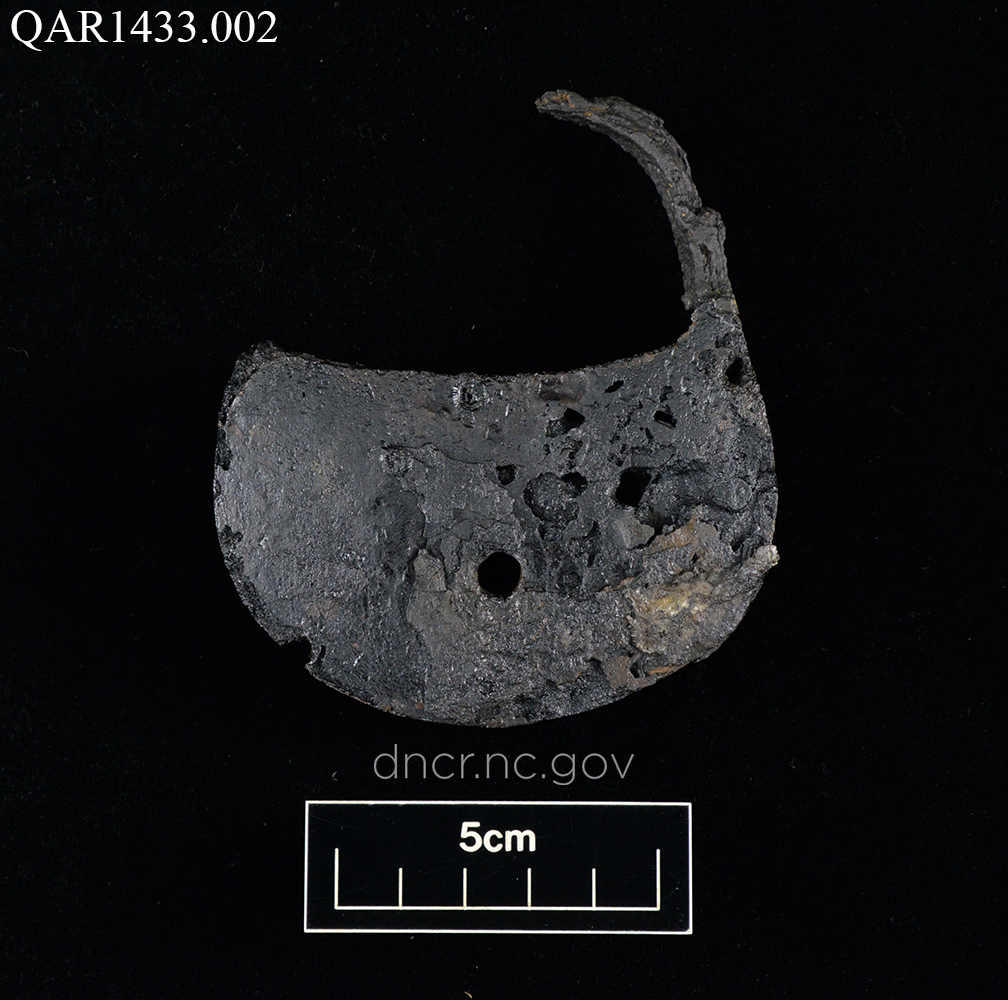 the rod forms an “L” shape and is not consistently present. In some areas it appears to be embedded into the iron rod, and in others it is found on its surface, where the copper is filed with a slightly slanted pattern. Part of it extends past the iron portion and was exposed to the elements, out of the concretion. The end of the iron rod and its original form are lost to history since there was no concretion to preserve its shape. While we are far from certain what the object is, we speculate it is a decorative, very delicate key – possibly to a screw-type padlock. The ring (called the bow) would have been used to suspend the key, with the filed pattern aiding in unlocking.

Humans have long had a need for securing possessions – perhaps in the very early days using a stalwart guard or dedicated animal. Through time, some innovative person developed locks, and they have been around for literally thousands of years. Locking systems for securing property may date as far back as 6000 years. As centuries passed, a portable locking device commonly called a padlock was developed. 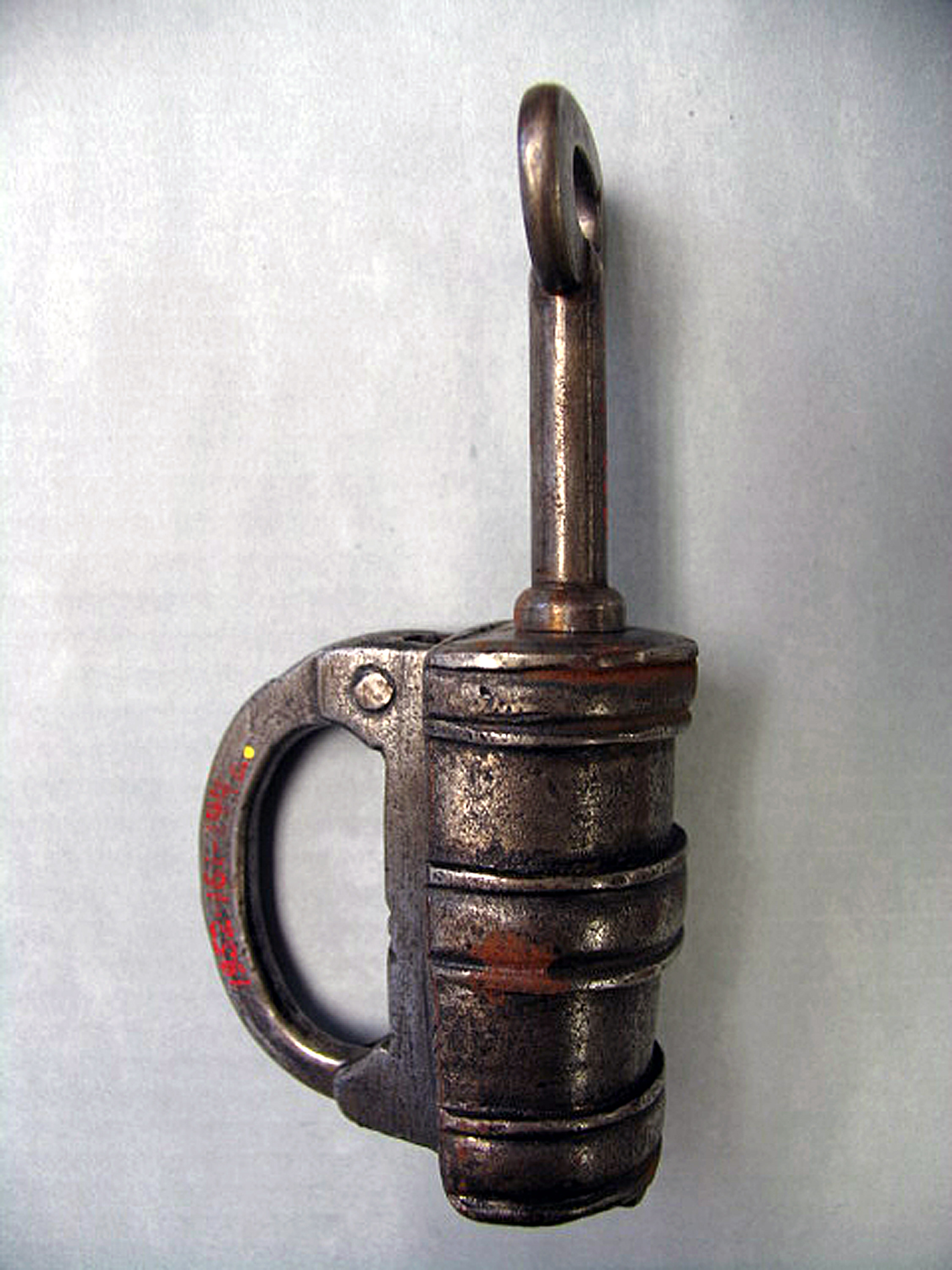 adlocks have looked very similar for centuries. One padlock from the wreck is readily identifiable. A different type altogether is known as a screw-type padlock and was in use around the same time. This type of lock was barrel shaped compared to the traditional heart shape you might picture, and a threaded key would be inserted into one end, rather than into the face plate. A padlock of this type was found on the wreck of Elizabeth and Mary, which sank near Quebec in 1690.

Experience has shown answers to these mysteries come from many sources. While researching one artifact, an image of something resembling another artifact in the collection may be discovered unexpectedly. An astute observer reading this blog may even have an answer!

Sources:
-Chubb, J. On the Construction of Locks and Keys: Excerpt Minutes of the Proceedings of the Institution of Civil Engineers Vol. IX. London: W. Clowes and Sons, 1850.
-Cuming, H.S. “History of Keys,” The Journal of the British Archaeological Association 12(2):117-129, 1856.
-Eras, V. Locks and Keys throughout the Ages. Watchung: Artisan Ideas, 2019.