Conservation Highlights: Uncovering the Mysteries of the QAR

The Queen Anne's Revenge has been hidden off the coast of North Carolina for almost 300 years. Those years have not been kind, slowly eroding away the organic components of the ship and encasing the metals of the ship in concretion. The sea is not particular in its encasement; like the celebrated Blob of monster movies, it not only encases the metals but anything next to it as well. Concretions can be small enough to fit in your hand, or large enough to encase a cannon – or an anchor. The Lab in Greenville has literally thousands of concretions from the site. So… how do we decide where to start? 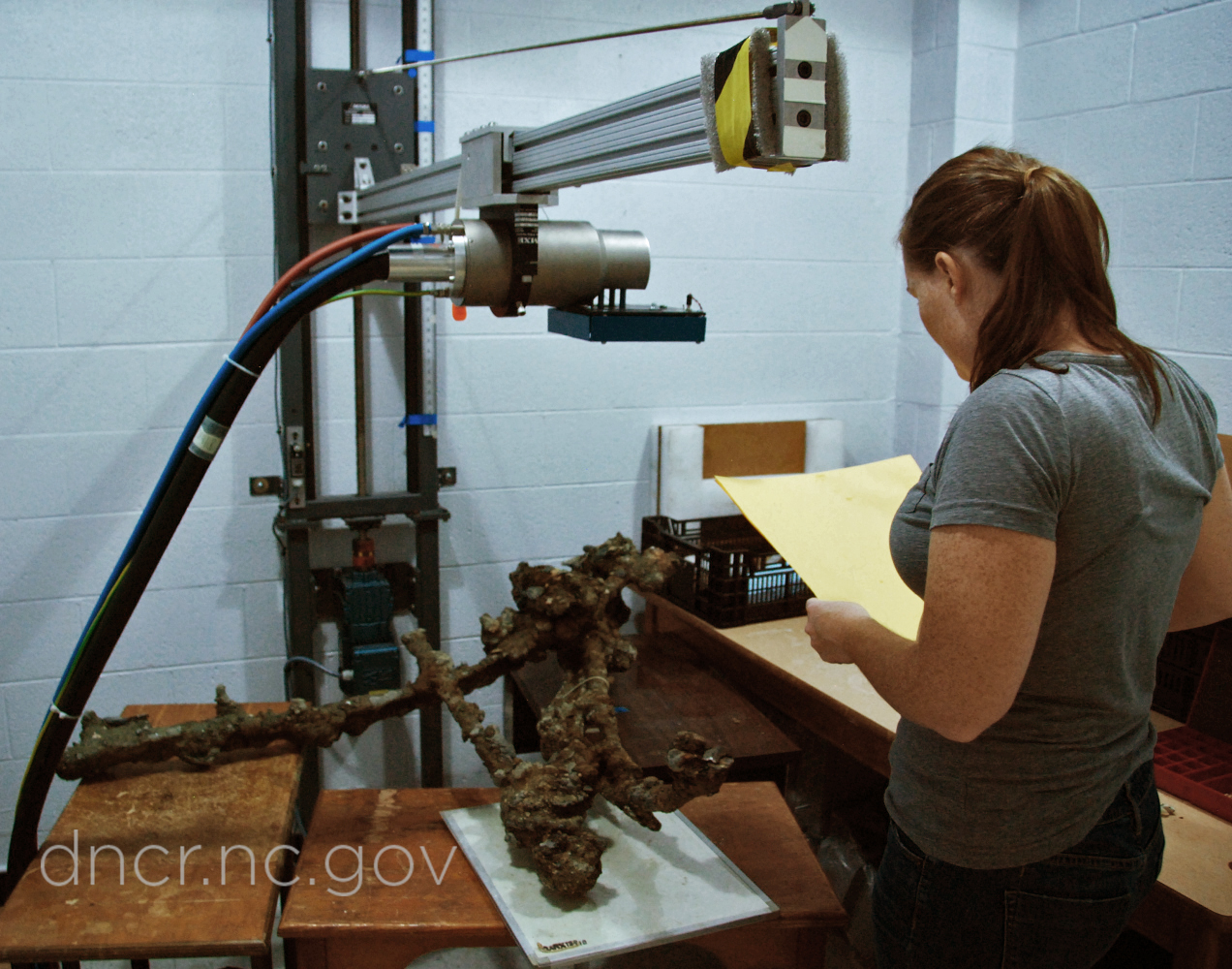 One tool we use is x-radiography. Similar to a doctor’s use of x-ray while diagnosing a broken arm, the Lab has an x-ray system to look into the concretions and the artifacts they contain. Electromagnetic radiation, part of the light spectrum we cannot see, is projected toward the object. Some light is absorbed by the object, depending on its density and composition, the rest is captured below the object by film. At the Lab, we manipulate time, energy, power, and the focal point of the light transmitting source. The resulting x-ray is a two-dimensional representation of the concretion, though we can manipulate the object itself to get different views. Unfortunately, x-rays only reliably show metals, so wood, glass, and textiles will not normally show up in x-ray.

The intensity of the white on the X-ray film gives a clue as to what metal is present. For example, lead and cast iron, very dense metals, show up the brightest white; this is followed by wrought iron, then copper alloys which have a lesser intensity. 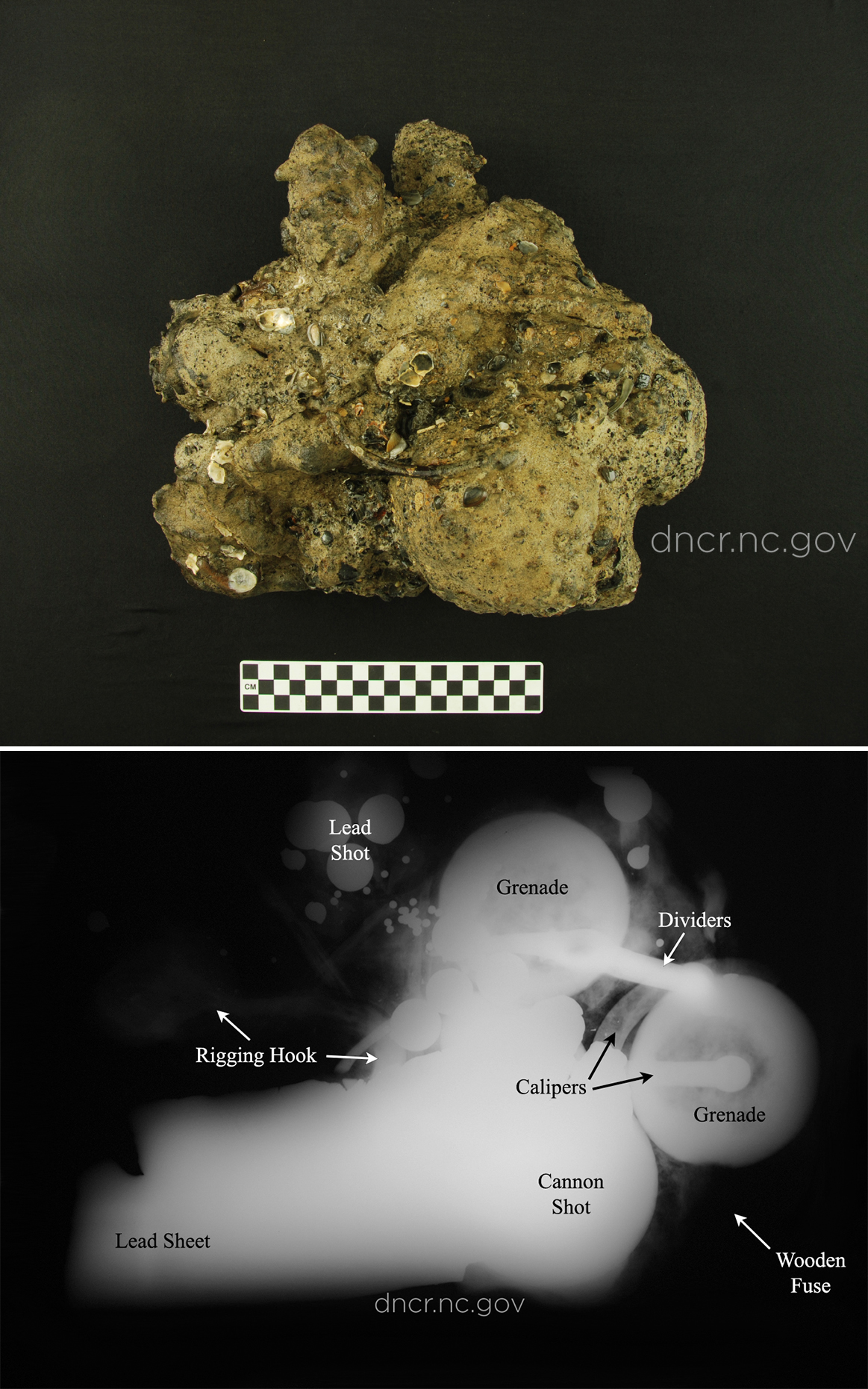 Take a look at the photos to the left and the wealth of objects hidden beneath the concreted surface. Almost all the metals we find in our objects are in these photos. See how dense the lead objects are; the other bright object is a cannon shot made from cast iron. The grenades are also cast iron, but hollow to allow for gunpowder, giving them this donut appearance. This is one of those cases where you can barely make out the wood (the fuse for the grenade), as it is somewhat mineralized from the iron surrounding it. The rigging hook is made from wrought iron. Wrought iron on the wreck is often very degraded – here you can see almost a ghostly image of the hook, so its condition will be fair, but not great. Finally, the calipers and dividers are made from copper alloy.

As you can imagine, interpreting an x-ray and its objects can be quite nuanced; even with this great diagnostic tool, conservators must be cautious while deconcreting objects. Thus, the Queen slowly emerges from the Atlantic, as The Blob is conquered by science and dedicated conservators.