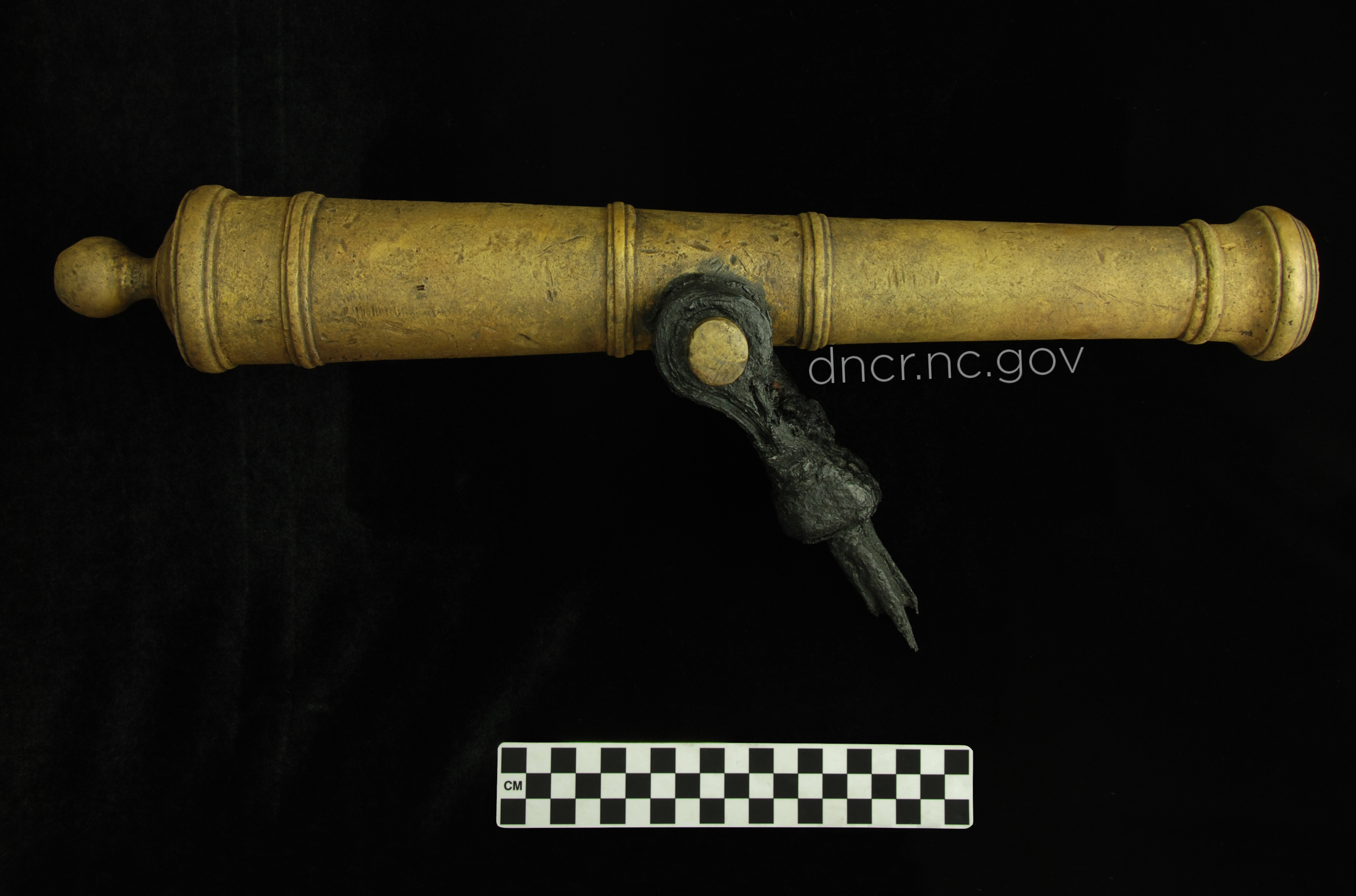 This small bronze gun is attached to a wrought iron yoke and would have been mounted on the cap rail, or the timber at the very top of the hull. Such a small gun would do very minor damage as a weapon and was instead intended to signal or salute other members of the fleet, passing ships, or people on land. It is probably British and manufactured around 1700. The bore is too small to fire the smallest of iron cannon balls and may not have been used to fire projectiles.