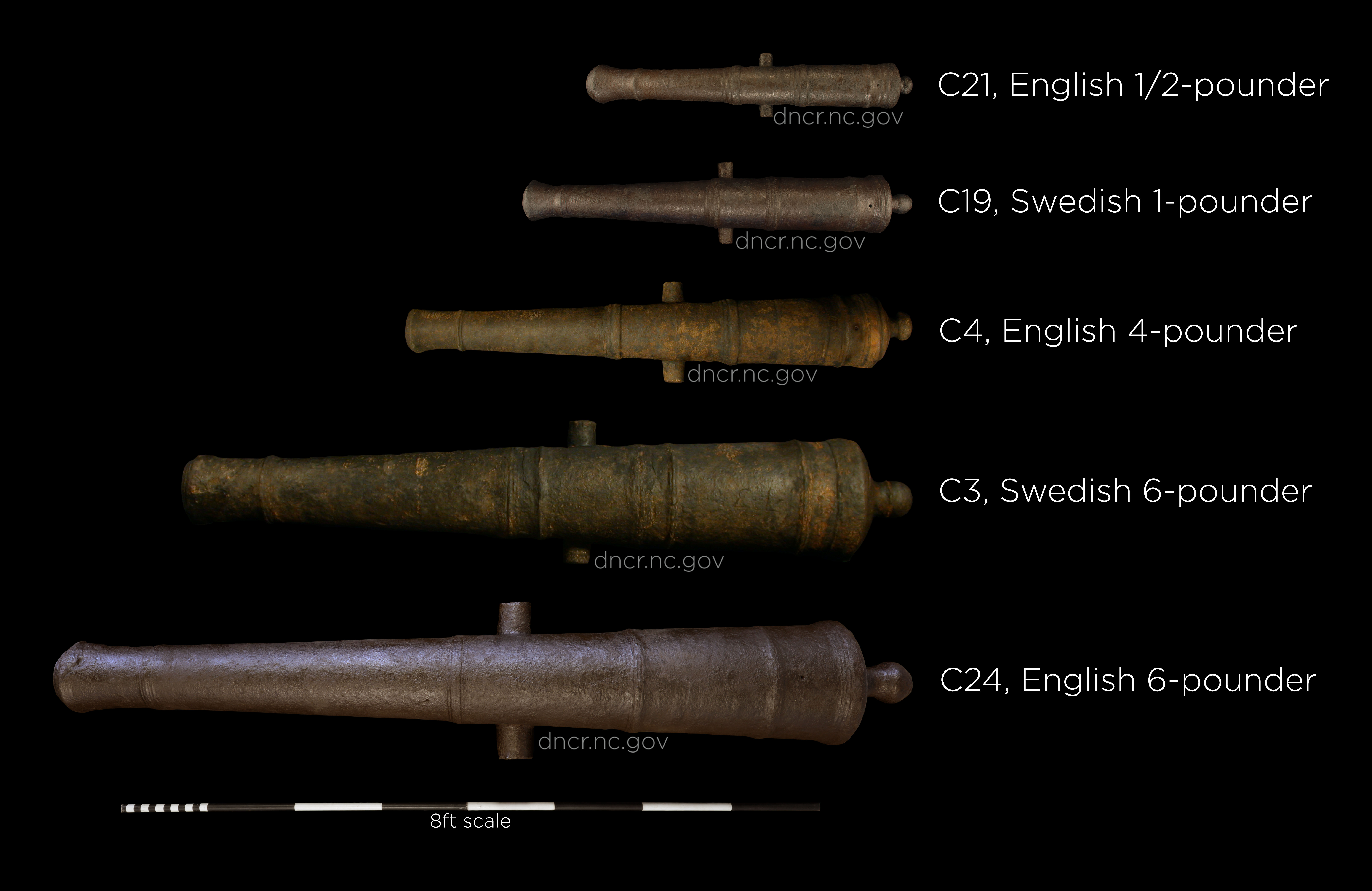 As of November 2015, 30 cannons have been identified on the wreck site (including a bronze signal gun). Of the 24 that have been recovered, 8 have completed conservation and are on display in museums throughout the state of North Carolina. Sizes range from ½- to 6-pounders, indicating the size of the cannon ball the cannon fires. Once concretion is removed from the surface, details such as the placement of reinforcement rings, stamps, and engravings give clues about when and where the cannon was made. So far, cannons from Queen Anne’s Revenge come from England and Sweden, they range in date from approximately 1640 to 1714, and 9 of them were found loaded!