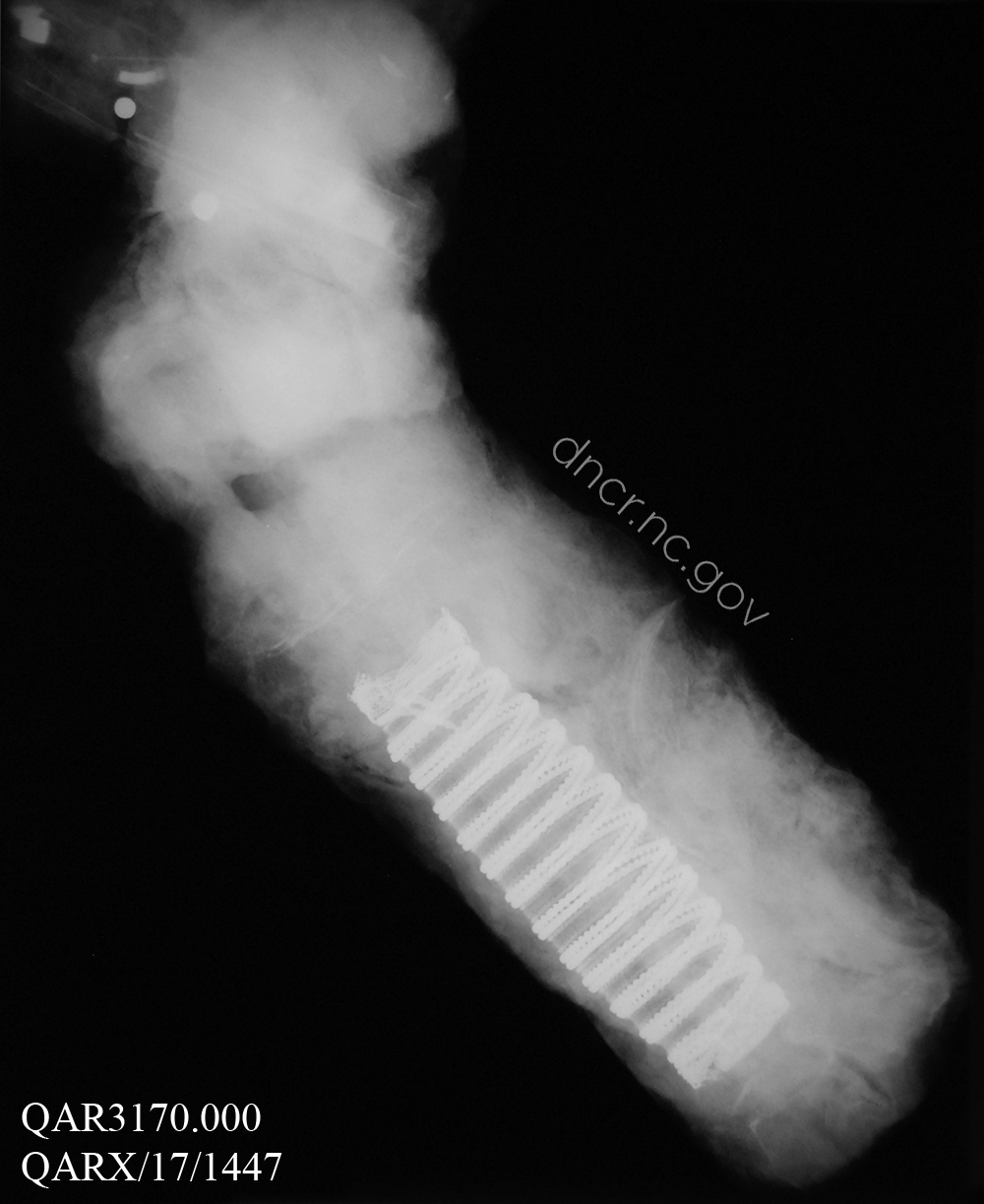 We never know what we will find when x-raying a concretion. It can be literally almost anything, from the routine to the extraordinary. One day, a film was developed which showed a spiral-shaped, decorative artifact – the first x-ray image revealed only a faint outline of the object, so a series of films were shot in order to get a better idea of what it is. Initially, several possibilities on its identity were postulated; large chain plate and a hammer had to be removed to even get close to it. As time went by it became clear that we had the lovely hilt of a small sword on our hands.

Removing the object from concretion was painstaking as the metal is soft and easily damaged. Once out of concretion, testing was done to determine the types of metal on the hilt. Using XRF, it was determined the "braiding" is made of tin, copper, and zinc. The white, center braid appears to be a tin alloy, or pewter, and the outer braid is a copper alloy, or likely brass. Research to date indicates the pewter wiring to be pretty unique, as most often the wiring is all copper alloy. A sword grip of similar manufacture was discovered on an English ship Elizabeth and Mary which sank off the coast of Quebec in 1690. Additional parallels were also found on the French ship La Belle which sank off the coast of Texas in 1686.

The wire wrapped around the wooden grip is made of woven "ropes," called this because it is created of two strands of metal wire twisted in opposite directions to create a herringbone pattern. The wire is spiral wrapped on the handle with some space in between laps, so the wood of the grip is slightly visible. At one end is a larger section of metal wire fashioned into what is called a sailor’s knot, a feature noted on many historic examples of wire-wrapped sword grips. 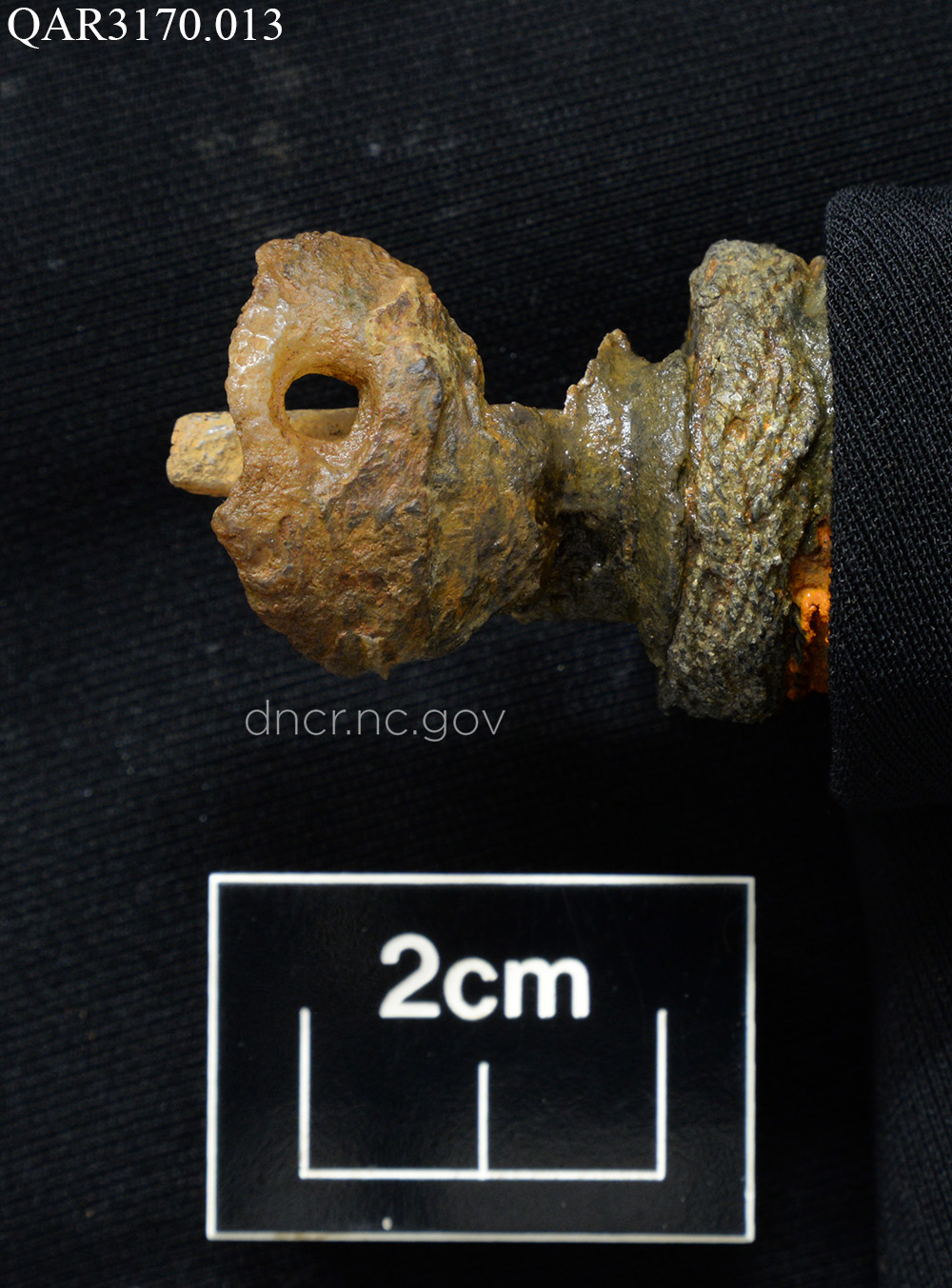 Originally, it was hoped this unique wrapping would be key in helping to identify the country of origin. Unfortunately, research has revealed many similar swords, ranging in date from the late 17th century to the late 18th century and from several different European countries – Germany, Italy, Spain, France and England. One example was even found that was manufactured in Japan for the European market. Interestingly enough, there is a technique very similar to this that is still used today; there is even a You Tube video on create one of these grips.

The iron in the sword is totally gone and has been cast with epoxy. Similarly, the pommel is cast and what remains indicates it was likely an orb shape. The blade itself is broken only a few inches from the hilt – maybe this is why it was left behind? We may never be able to definitively establish an origin for this sword, other than it being broadly European, but how lucky are we to be able to add this to the QAR collection!