Artifact of the Month: Fine Dining 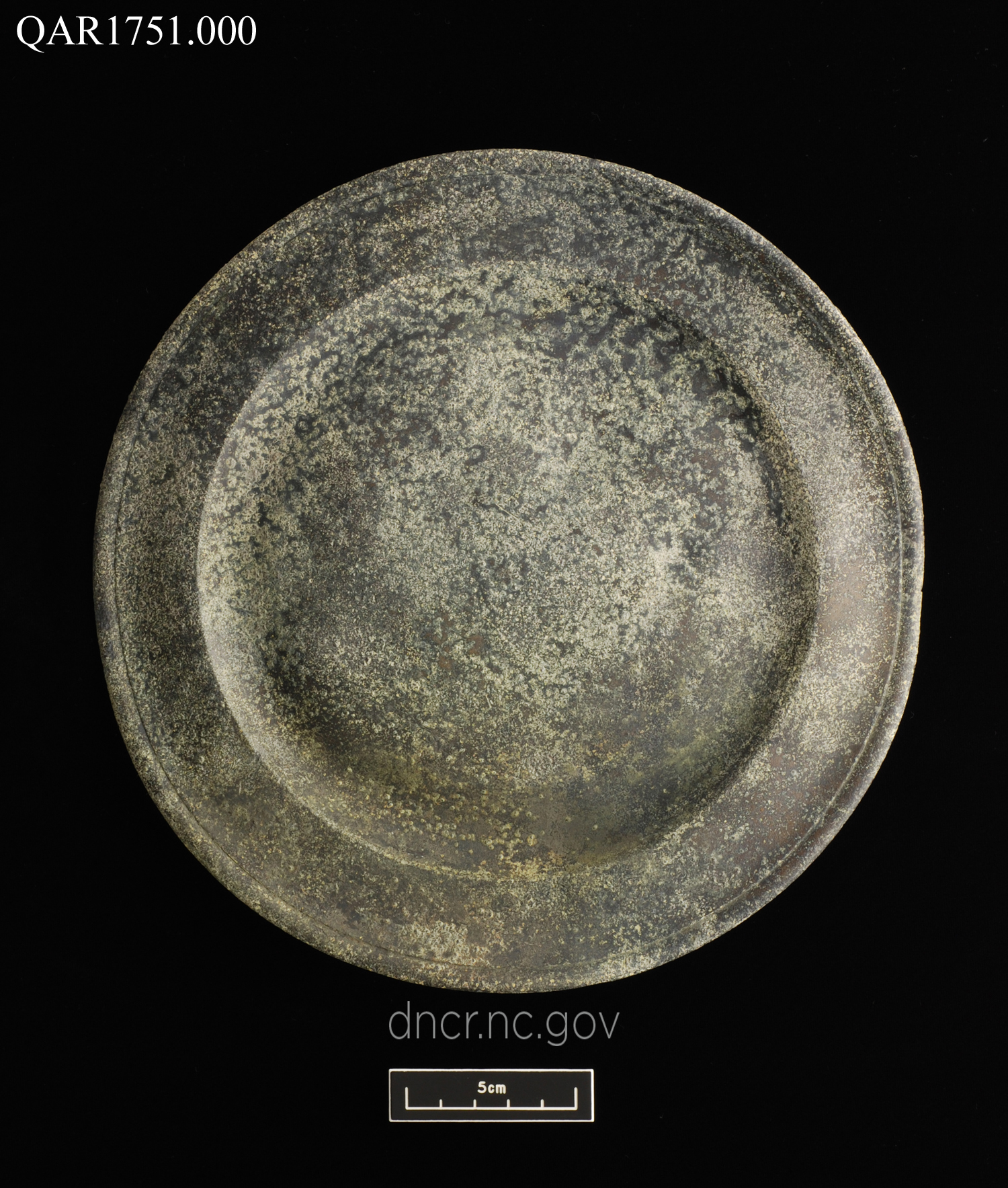 Pewter flatware, often referred to as plates or dishes depending on their size, provide one of our best methods of dating the wreck site of Queen Anne’s Revenge, as well as one of our most palpable links to the daily lives of those on board. Evidence of heavy use such as cut marks or scratched initials illustrate how important these objects were to the sailors, because, well, everyone’s gotta eat! But the most useful aspect of these plates is undoubtedly the presence of makers marks, hallmarks, or touch marks. The preservation of pewter in a maritime environment can vary greatly. When the surface of the plate is preserved well enough, the attentive conservator immediately begins to look for such marks. 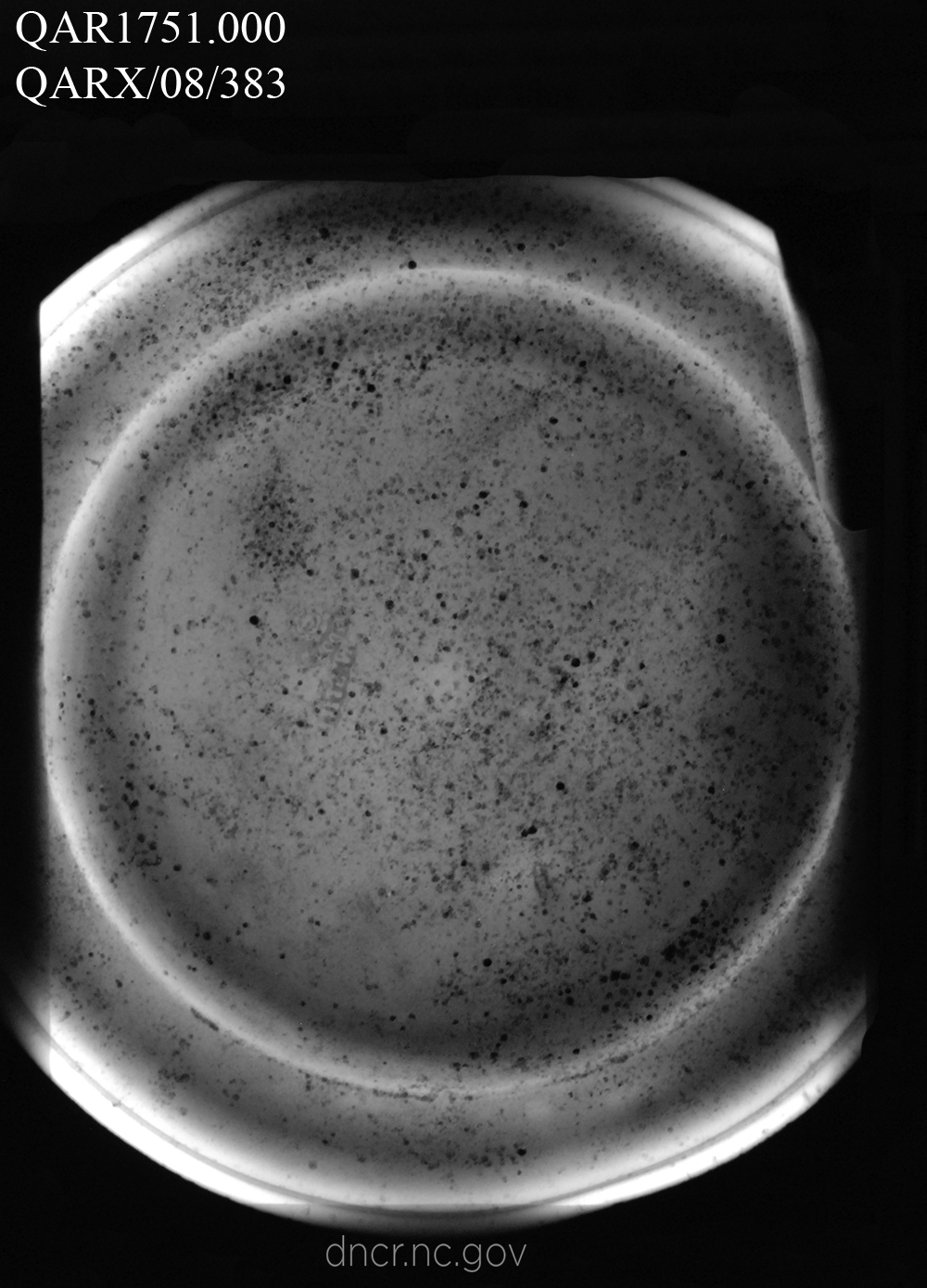 One of the first steps a conservator makes in searching for makers marks is to x-ray the plate, which can highlight features of the plate that are much harder to see with the naked eye. Once the plate has been fully cleaned, one can use raking light, or a flashlight shined at the plate on a steep angle, and a microscope to illuminate surface variations in the hopes of picking out a symbol. Pewter makers were all part of a heavily regulated guild system, which necessitated every legitimate pewter maker to have their own personal set of marks to stamp the pieces they made. Other marks used indicate when and where the plate was made as well as varying levels of quality. For example, the pewter plate QAR1751.000 exhibits a number of marks, including the name of the maker, John Stiles, who operated from 1689 to around 1730. The plate also includes the word “LONDON” indicating place of manufacture, as well as an “X” and a rose pattern, both which suggest that this plate was of a higher quality. 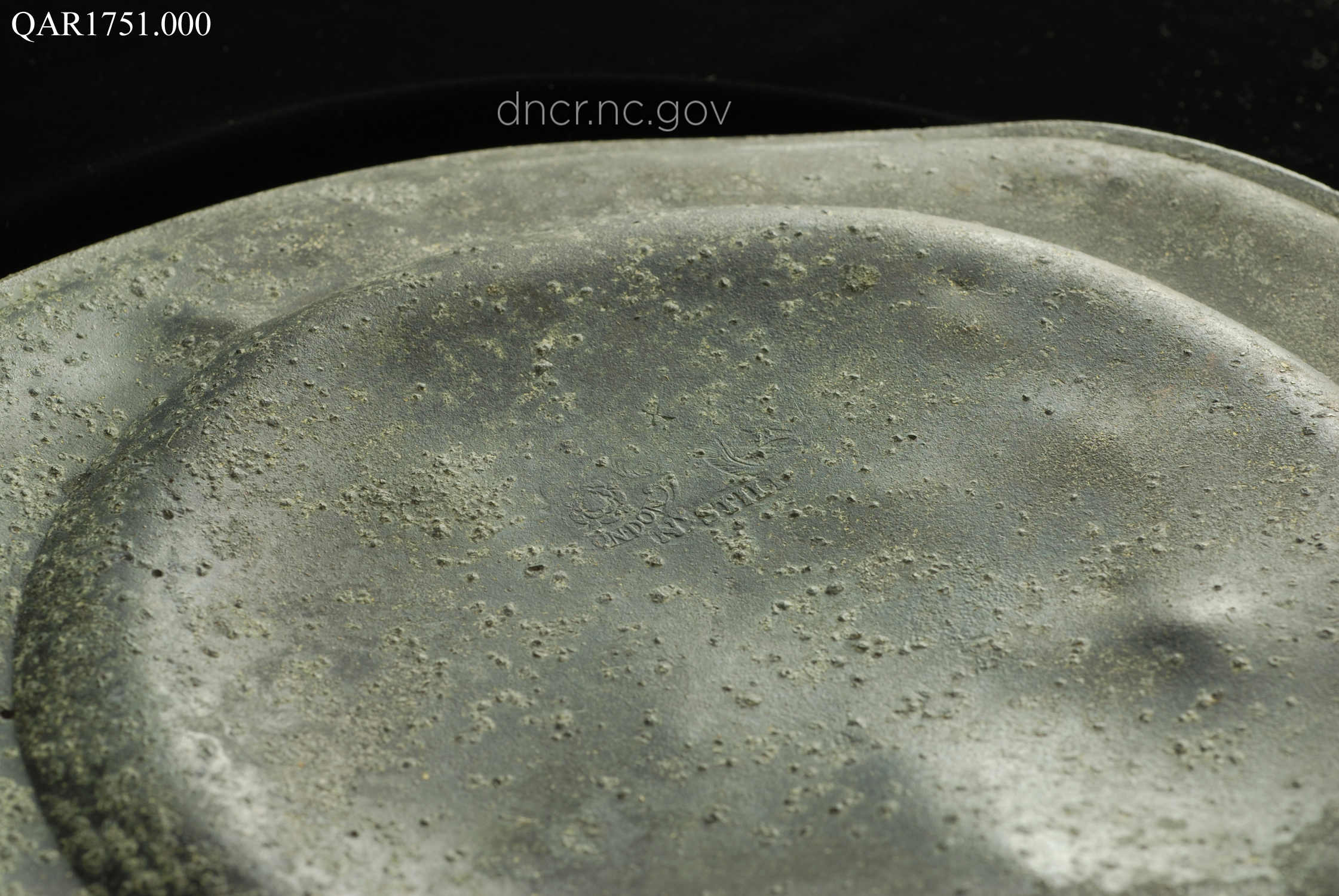 And seeing as we have over 20 intact plates and dishes, it is entirely possible that these items would have been a target for pirates when ransacking another vessel. Why eat from a wooden plate when you could upgrade to the pewter tableware usually reserved for the captain or other high raking crew members? This theory may be further supported by the fact that a great deal of these plates were recovered near or around cannon, where the sailors would have eaten in groups with their gun crew. The common sailor would have owned almost nothing but the clothes on their back, so having their own plate would certainly have been a piratical luxury. But just because plates were luxurious doesn’t mean the pirates treated them as such. A handful of plates show clear signs of some pretty rough use!