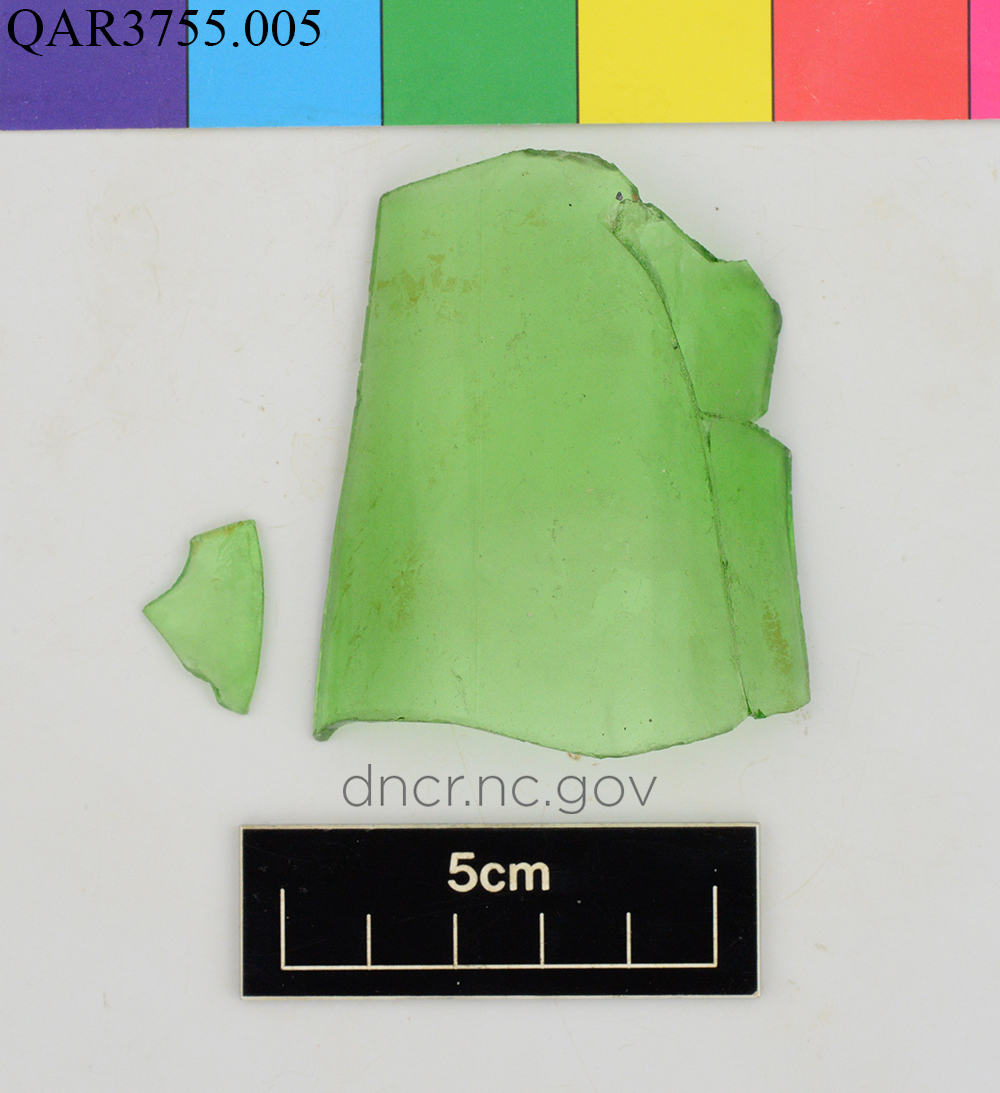 Archaeology is the study of past human activity through the material left behind. As historical archaeologists, we are fortunate to be able to compare the physical remains of a society with historic documents to learn as much as we can about 18th-century maritime culture. This, however, may not be the only era represented by what we recover. We collect every single manmade object found on the QAR site, down to a sterile layer of sand, and process everything that comes up. Frequently, this includes a category of artifact called “modern intrusive."

Modern intrusive is a term we use for anything that would not have been on the ship before it sank. On QAR, this includes objects deposited in the 19th-century through today. This is not surprising because of the location of the site near a heavily used inlet and local beaches. Almost 300 items to date have been identified as modern intrusive. 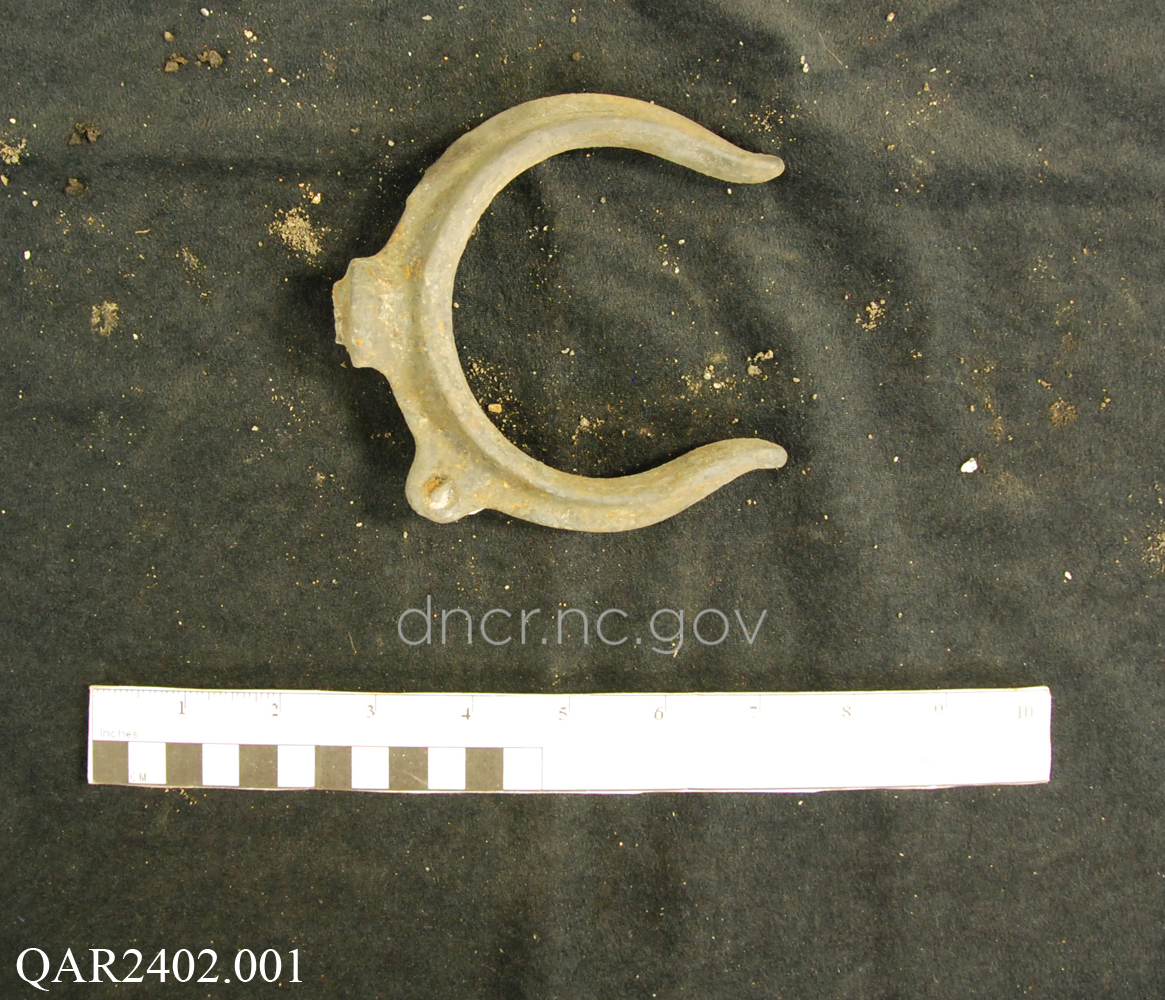 We have recovered both historic and more “modern” modern intrusive artifacts. Objects classed as historic intrusive post-date the wreck but are not reflective of modern society. In this category, we have identified 19th and early 20th-century artifacts such as an oarlock, ceramic plates, coal, and glass bottle fragments that post-date 1825. 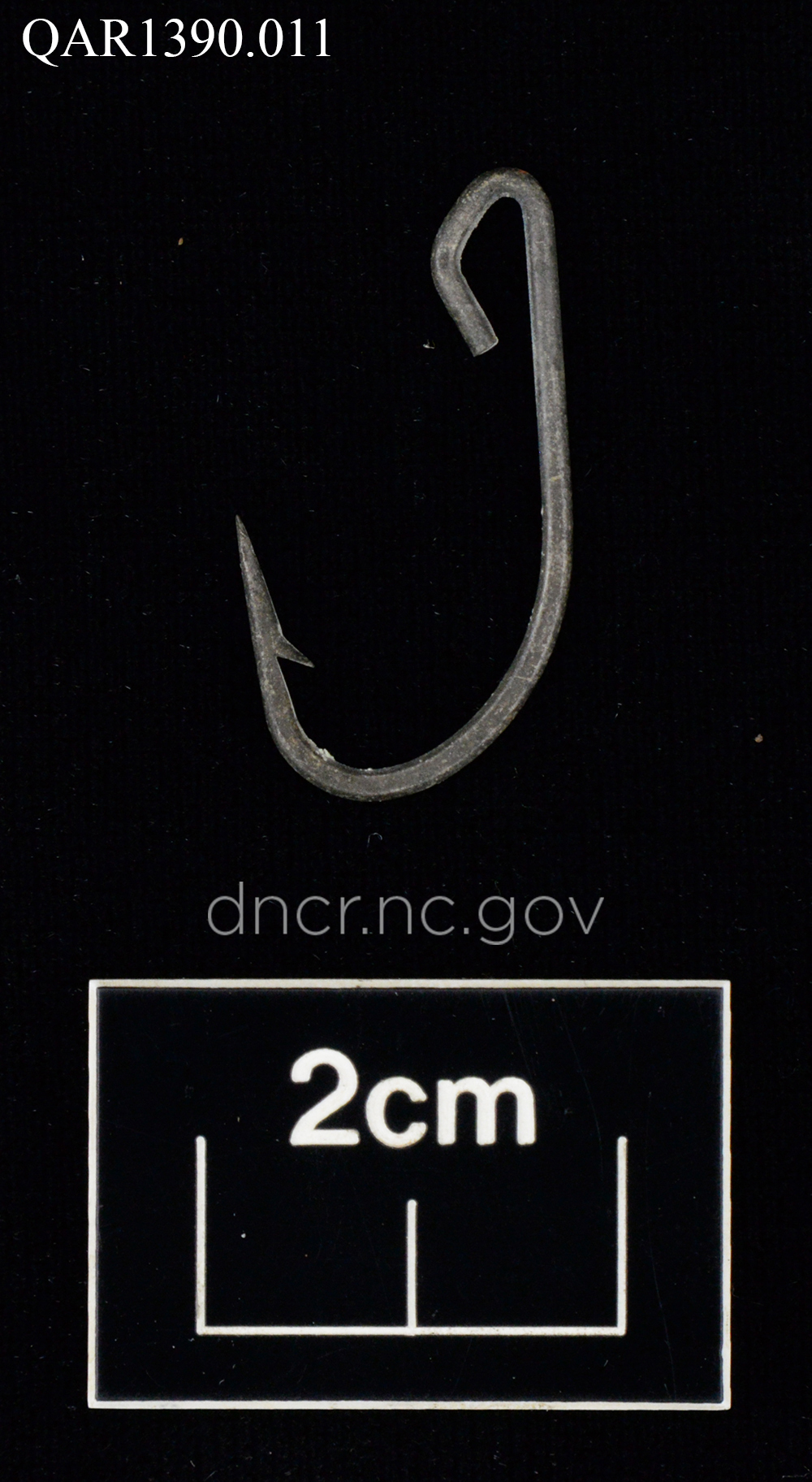 However, recently manufactured objects are most common. As previously noted, the proximity of QAR to shore and an active waterway used for shipping and recreational boating leads to the high potential for contamination. An array of materials has been recovered, including containers, roofing shingles, PVC piping, rubber grommets, screws, wingnuts, and plywood. Fishing gear is also frequently found: sinkers, hooks, line, line with beads, and other various fishing-related objects. Since fishing is a common recreational activity off the coast of North Carolina, the presence of this material is also not surprising. 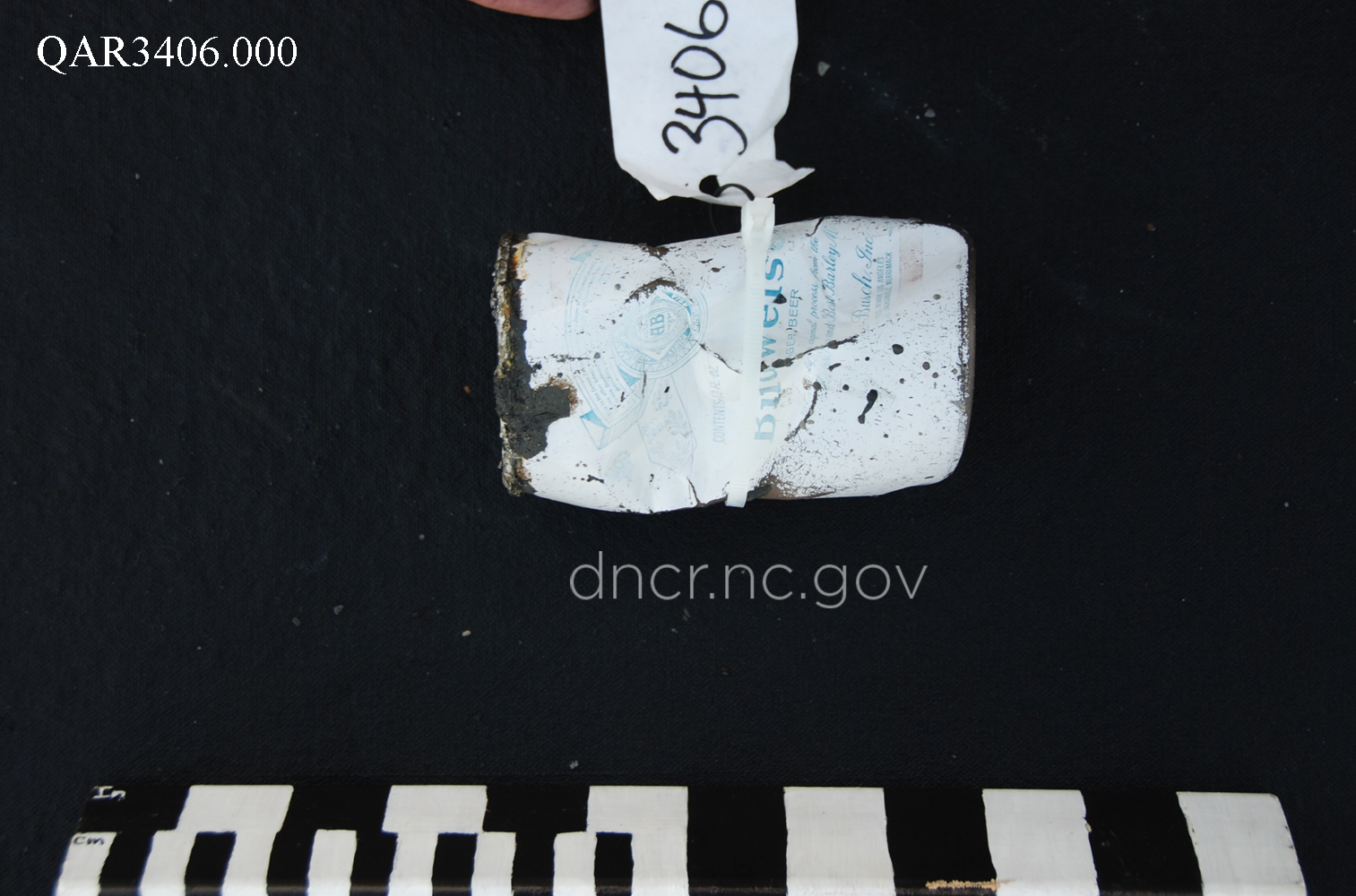 The most abundant modern material culture is unfortunately recently disposed-of garbage. Whether intentionally deposited into the ocean or not, we have found numerous aluminum beer cans, glass beer bottles, bottle caps, soda bottles, golf balls, plastics, and a tire fragment, all recovered directly from the QAR site. Although these items do not pertain to 18th-century maritime history, they do however help us to understand how the site continues to be impacted. Just like historic artifacts excavated by archaeologists, modern-day trash does not go away after it falls below the water’s surface. Please remember to secure garbage when boating or on the beach and follow the diver’s motto of, “Take only pictures. Leave only bubbles.”