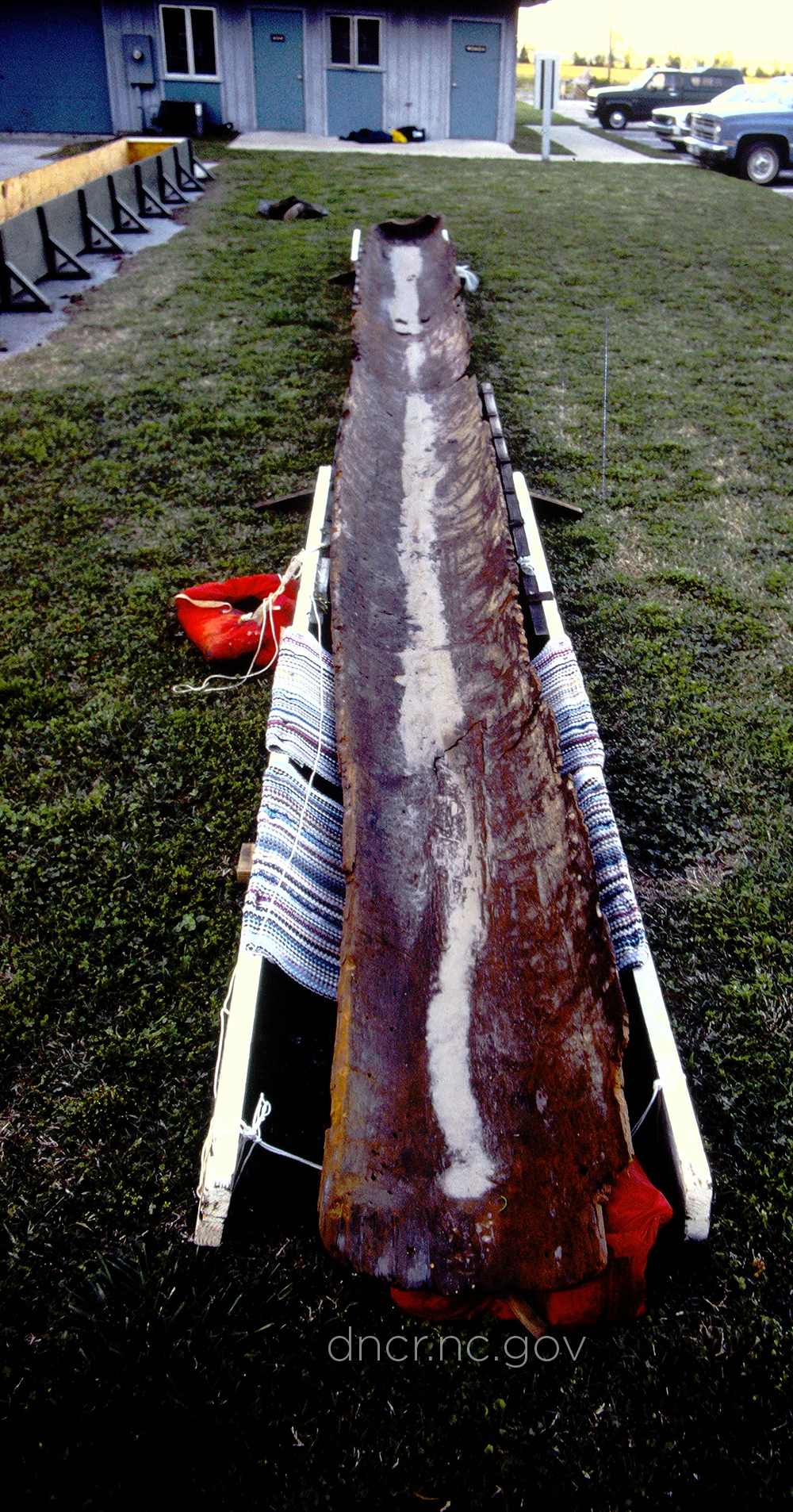 As a fully equipped archaeological conservation lab, the QAR Lab is capable of treating artifacts from any number of archaeological sites, like the cask hoop from Brunswick Town. Some other amazing artifacts currently undergoing treatment at the QAR Lab that are not from Blackbeard’s infamous ship are dugout canoes from Lake Phelps. Lake Phelps is located largely in Washington County, North Carolina and is part of Pettigrew State Park. As North Carolina’s second largest natural lake, it was a land-locked internal drainage basin until the end of the 18th century when canals were created to feed surrounding farmlands. The Lake is around 16,600 acres and only about 10 feet deep at the deepest point. During a period of drought in the late 1980s, the water level in Lake Phelps lowered to a point that logs could easily be seen sticking out of the lakebed. These logs were discovered to be 30 dugout canoes constructed by Native Americans in the area between 2400 BC and 1400 AD. 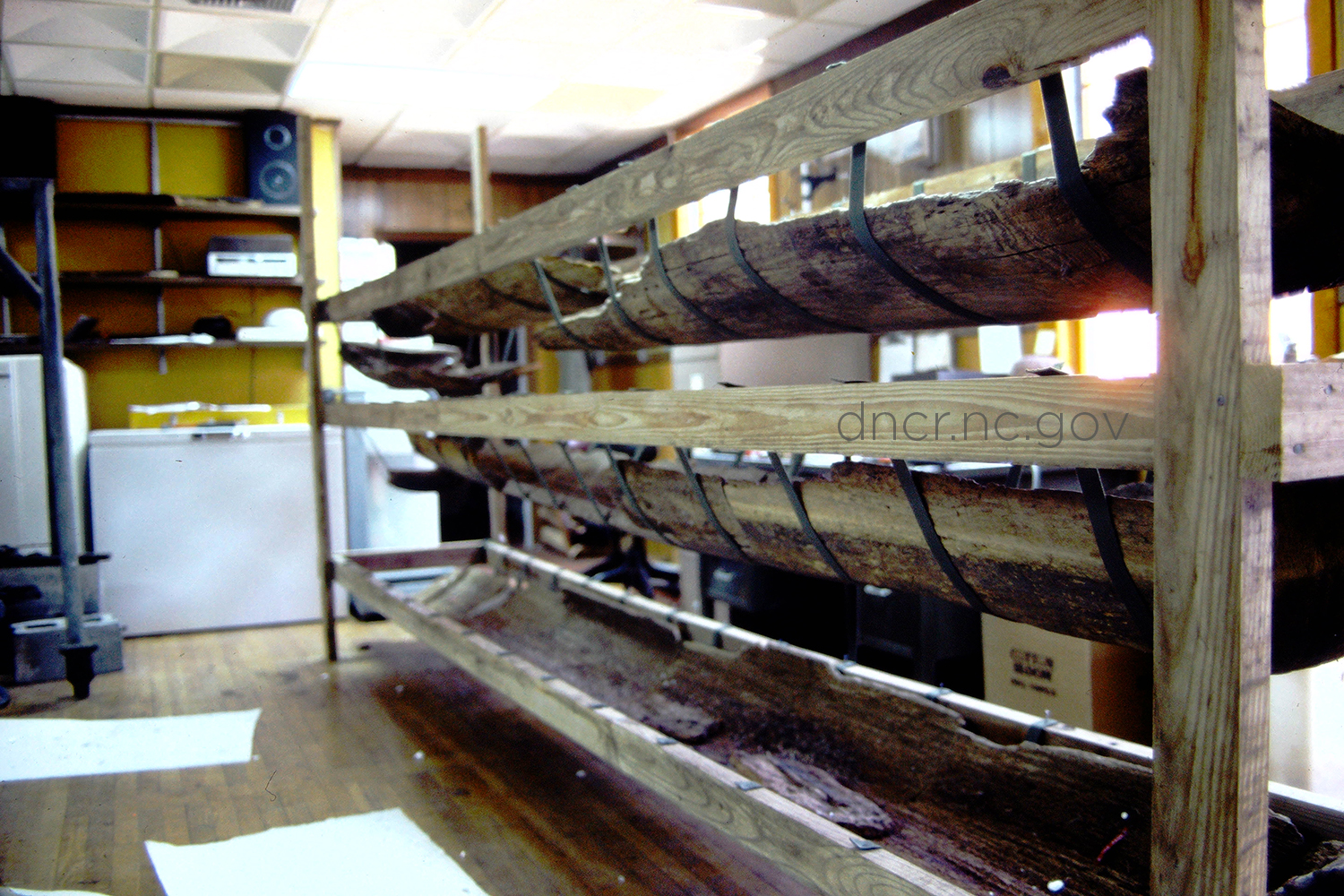 The oldest canoe discovered in the world so far dates to between 8040 and 7510 BC. Named the Pesse Canoe, it was found in the Netherlands and was constructed in the same fashion as the Lake Phelps Canoes. The process of making a dugout canoe largely stayed the same for thousands of years. These canoes were usually made from large hardwood trees by removing the bark, shaping the ends, and then digging out the center of the log. This was done by creating carefully tended fires to slowly burn into the log, then using hand tools to scrape away charred wood to hollow it out. The time and effort needed to create these ancient vehicles means they need to be preserved as much as possible. Some Native Americans buried their canoes when they left an area for a season to help protect them from degrading faster. 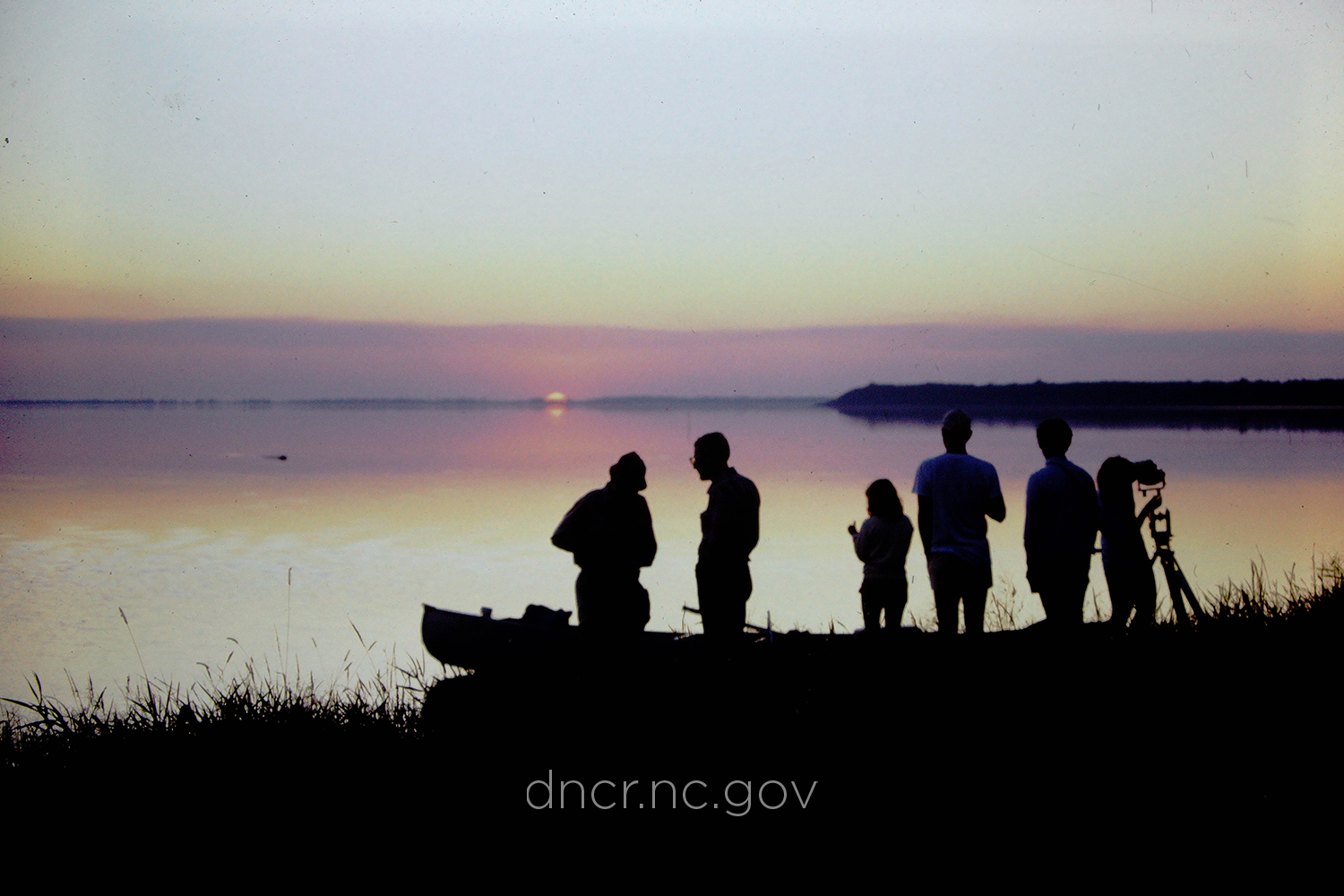 To help protect these precious artifacts today, most of the 30 canoes were moved and reburied in the lakebed, but four were recovered. Canoes 1 and 2 are both from the early Woodland Period with Canoe 1 dating to around 770 BC and Canoe 2 dating to around 900 BC. Canoe 2 is on display at the North Carolina Museum of History in Raleigh and is an impressive 30 feet in total recovered length. It would have originally been even longer. Canoe 3 is from the late Woodland Period and dates to around 1400 AD, while Canoe 4 is from the middle Woodland Period dating to around 340 AD. Both Canoes 3 and 4 are currently undergoing re-conservation at the QAR Lab. These canoes were originally treated with sugar in the 1980s to help bulk up the wood cells and make the artifact stronger. Today, some of this sugar has appeared on the surface of the canoe fragments, making the inner cells weaker as the bulking sugar is drawn out through changes in humidity and temperature. Through re-conservation funded by a grant from the Institute of Museum and Library Services, we hope to reverse this process and dissolve the sugars back into the wood cells to restore strength to the canoes so generations to come can continue to experience these precious pieces of our history. Follow along in our progress throughout the year!