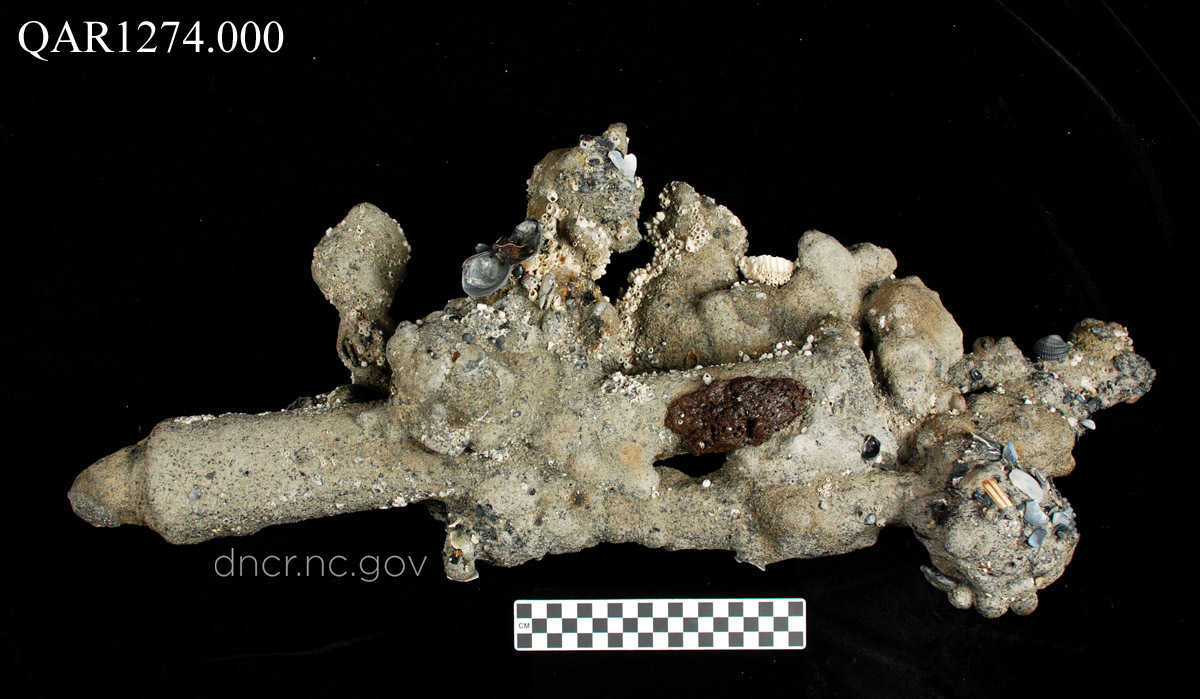 QAR1274.013, known to lab staff as C25, is quite the standout piece from the usual QAR artillery assemblage. The unique bronze gun was discovered with its wrought iron yolk still attached, indicating that it was at one point mounted to the gunnel, or railing, of the ship. The size of the gun (19.1 inches) and its caliber (1/2 pounder) indicate that it was too small to do any real damage, even in an anti-personel situation. Therefore, experts concluded that it is most certainly a saluting or signaling gun, classified at the time as a robinet.

Signal cannons like this were generally used to make salutes to other vessels, warn of danger, or attract the attention of another vessel in case of emergency. Similar signal cannons are still in use today, but for simpler things like the start of a sailboat race, and to salute the winner! 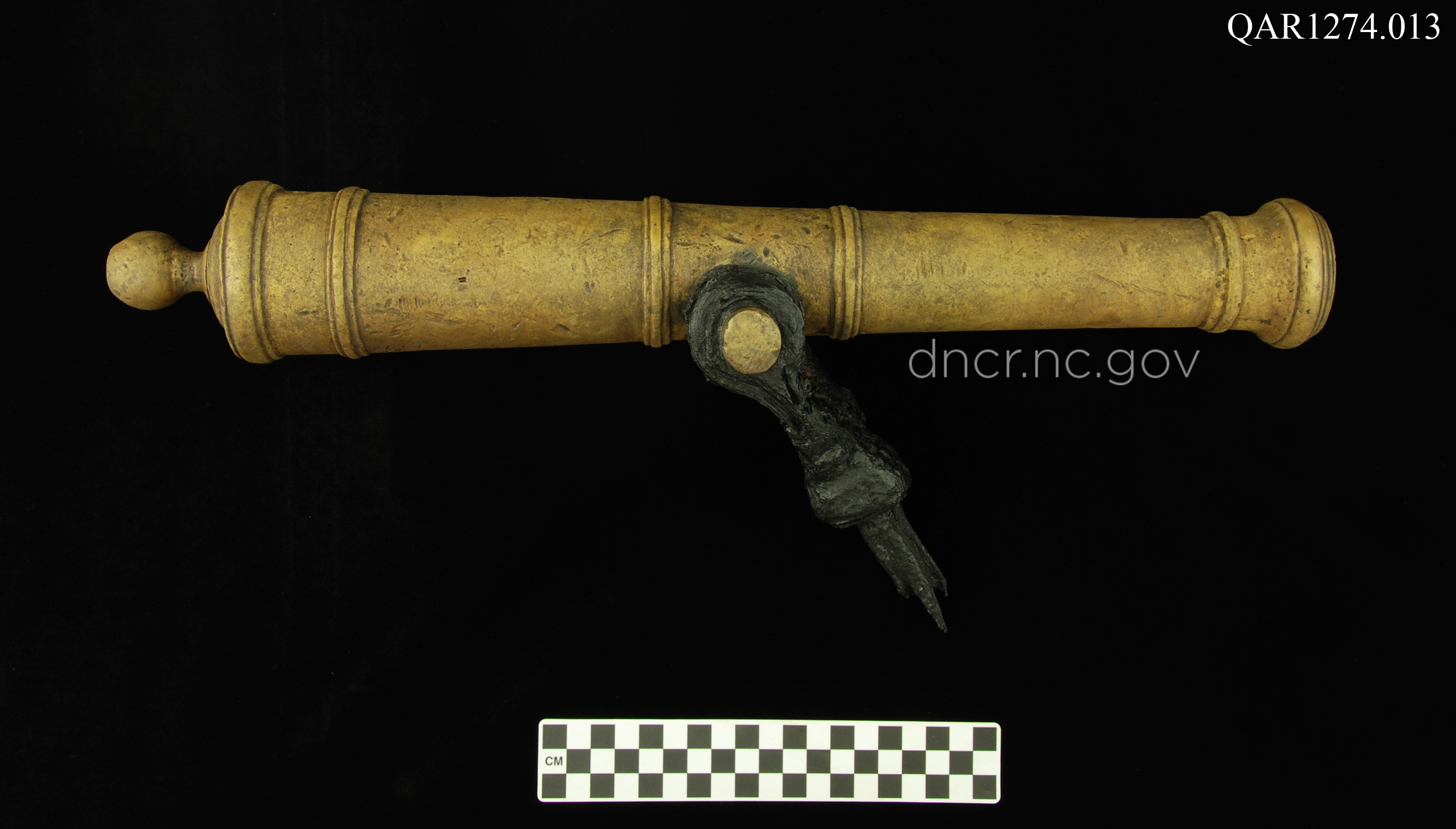 Not much is known about the gun itself, as it has no markings on it that would suggest maker or ownership. However, through comparative examples as well as surface details (i.e., the number of reinforces, shape of muzzle, Cascable, and button) researchers concluded that the gun is most likely of English or Northern European manufacture, from around or before 1700. But the particular shape of the cascable has no current surviving matches, making the QAR signal gun truly special. 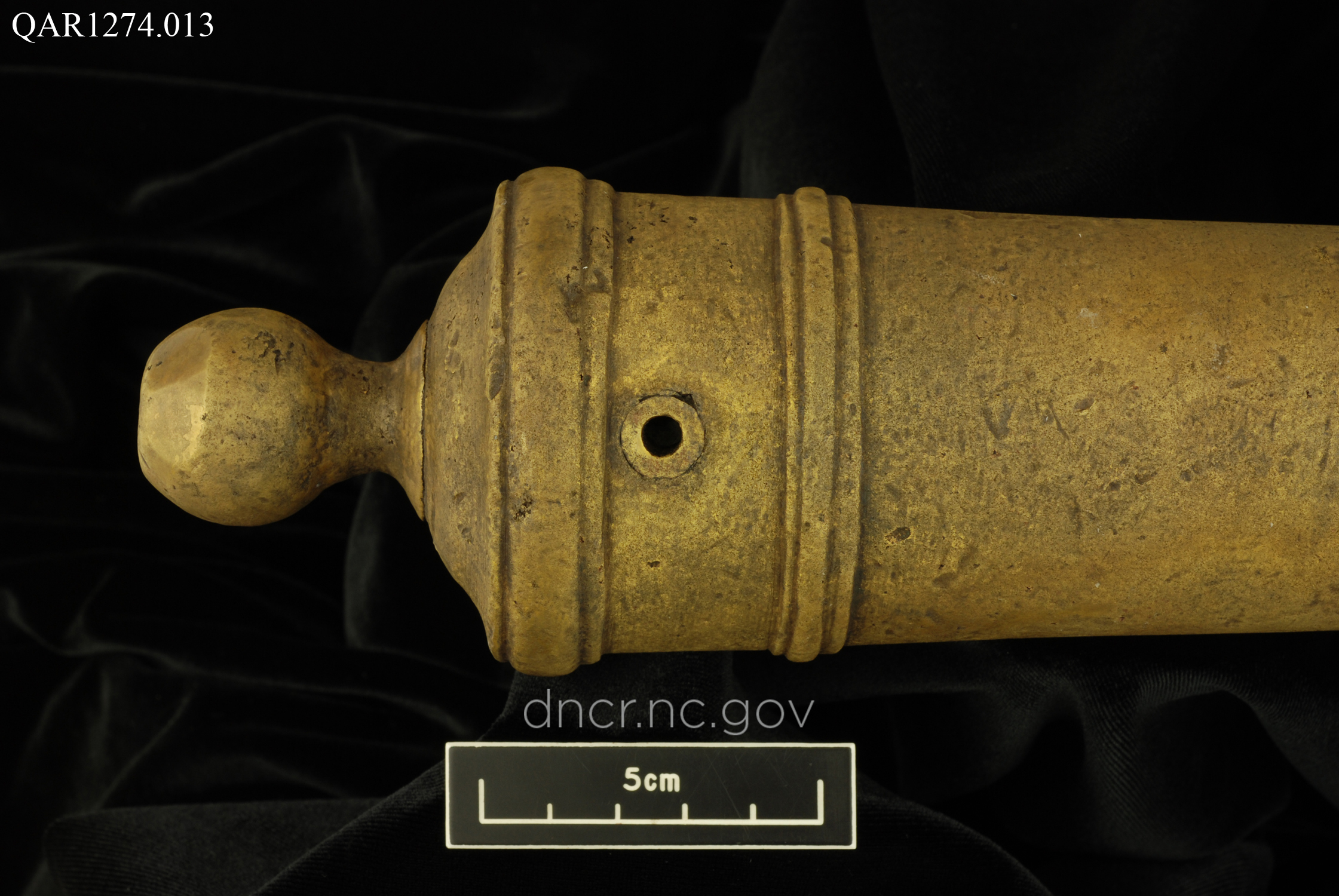 Regardless of who made it, it was certainly an important object to those who used it. The bore of the signal gun shows a significant amount of wear (prompting some researchers to think the pirates may have used it for more than salutes!*) and the vent hole (where the fuse is inserted) was so worn that it was re-sleeved at the time, so that the gun could continue its service. This wear however may have also contributed to its abandonment among the grounded hull of QAR, not to be discovered until nearly 300 years later.