Artifact of the Month: Laces, Buckles, Bows, and Velcro 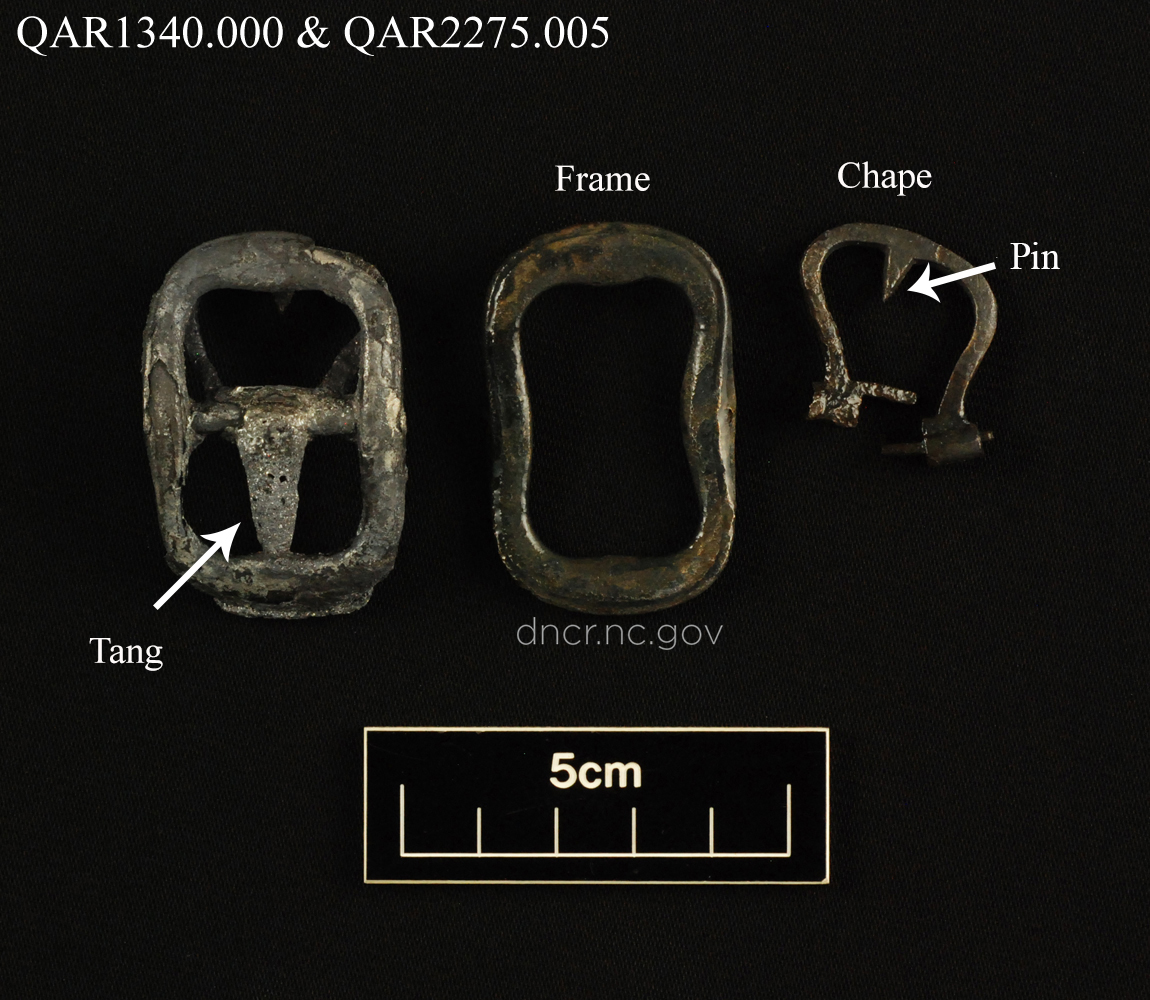 What do all of these things have in common?...Shoes. Shoe buckles have been around for centuries, their use and predominance changing with the fashion of the time. Mass production began in the middle of the 13th century, indicating a change in fashion as well as a general increase of wealth. Often buckles for clothing or shoes were made of non-ferrous materials; sometimes these would be coated to give the appearance of precious metal. The evolving shapes and components of buckles can often give us an idea of the time period of the buckle. Buckle components include the frame, chape, pin and tang.

To date, we have identified eight buckles and seven fragments of buckles from Queen Anne's Revenge. One buckle of interest is what we have come to call the “SB” buckle. Its design puts the date of manufacture between 1690-1720 with its rectangular shape and rounded corners; it was made to impress with a silver-coated copper alloy core. The “SB” buckle is almost identical to another buckle. This second buckle, given the similar characteristics, may be the “SB” buckle’s mate, and can give you an idea of what the complete buckle would have looked like. The second buckle has the same copper alloy/silver makeup, though it is in much worse shape with extremely fragile metal under the corrosion crust. 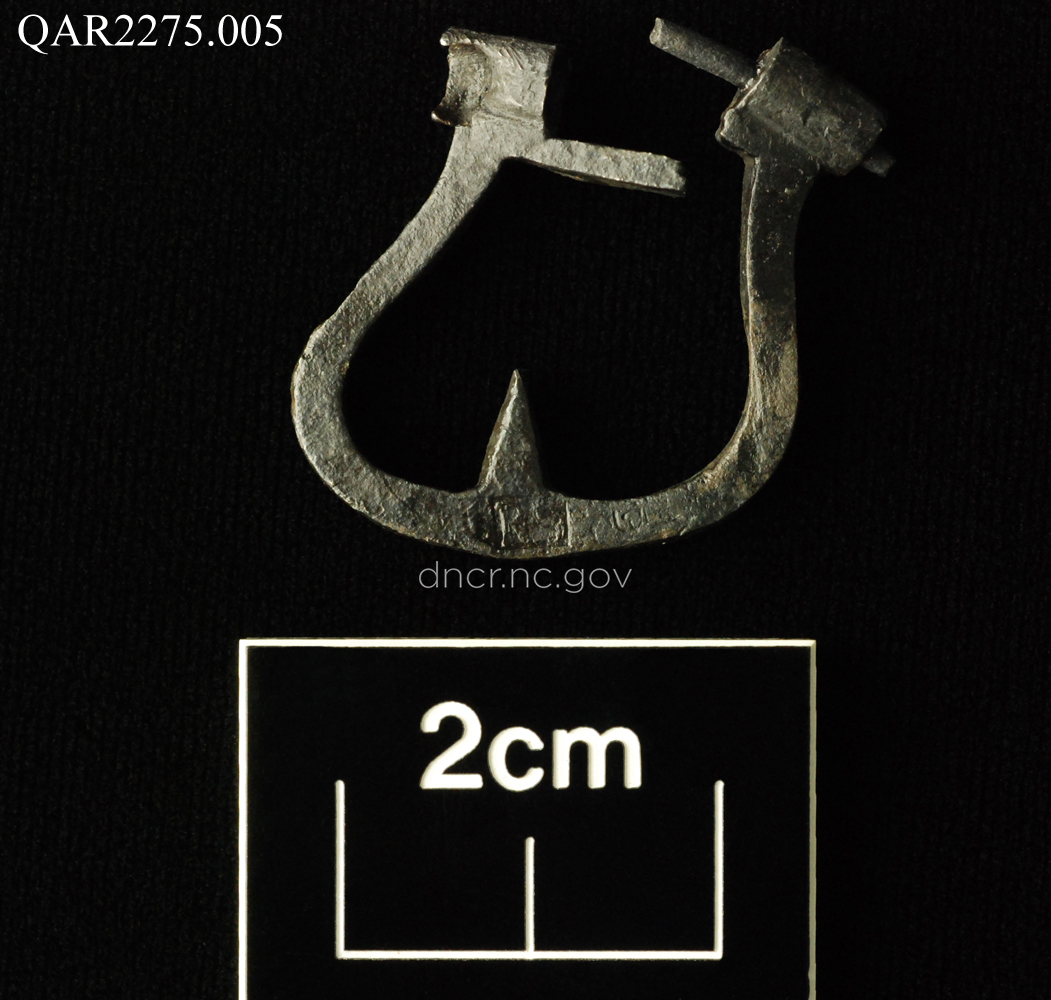 The “SB” seen here is decorative, but it is incised on the underside of the frame. Additionally, the maker’s mark – R or possibly RS -- is in a rectangular cartouche on the chape at the pin. These two markings may someday prove to be very helpful in identifying the manufacture and ownership of the buckle. Unfortunately, there is no definitive illustration or document that links this buckle to any person, event or time. Consequently, to date we have been unable to identify the maker of this lovely buckle. 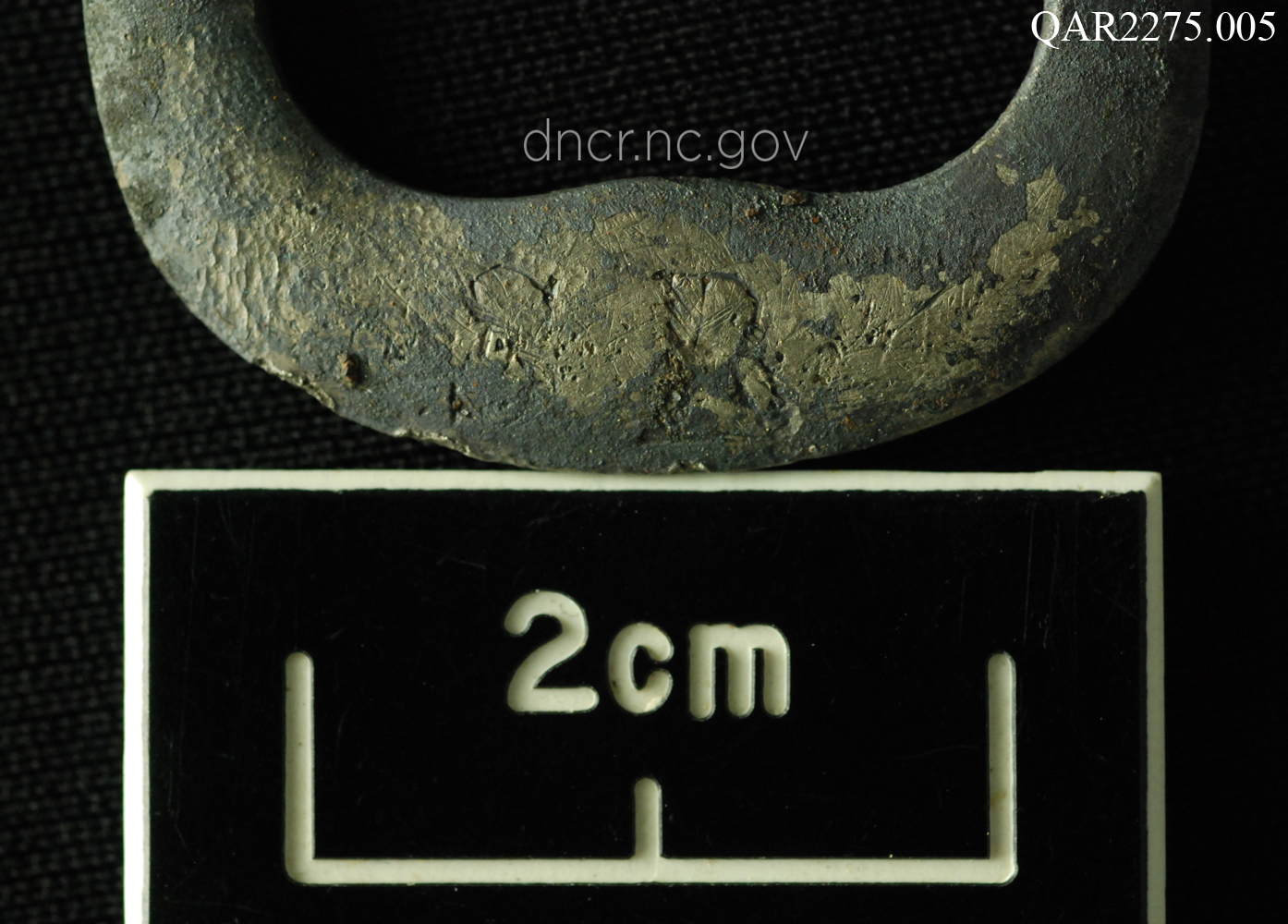 As to the owner, different possibilities come to mind. Carolina pirate Stede Bonnet is certainly one possibility; however, in Bonnet’s own crew (many of whom came from Blackbeard’s crew) there was a man named Samuel Booth. With hundreds of men on the pirate crew the chances of another man with SB initials is certainly possible. And of course, they were pirates……it could have been ante in the poker pot.

As it stands now, the actual manufacturer and ownership of this distinctive buckle is undetermined; but with further excavation and research, who knows what additional, intriguing details may come to light.