Artifact of the Month: Cask Hoops 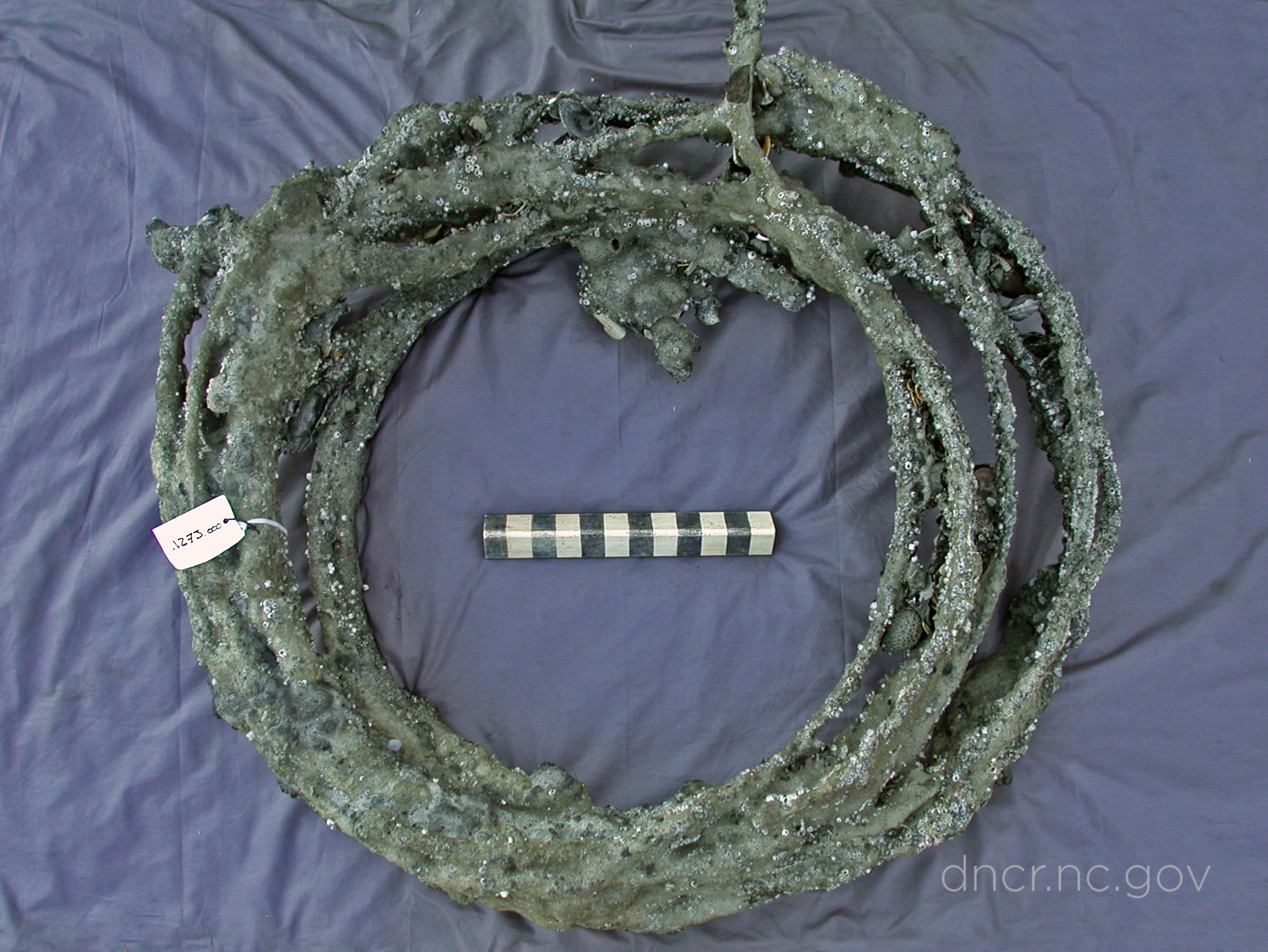 The site of Queen Anne’s Revenge is covered in concreted cask hoops, such as the one pictured here. This is not surprising, since casks were the cardboard boxes of Blackbeard’s day. They were used for everything from gunpowder and nails to freshwater and salted pork. They had many advantages over wood crates: they could be moved into or out of a ship easily with only one or two men rolling them on ramps; they could stack on their sides in the hold, preventing movement while at sea; and once empty, they could be disassembled to make room in the hold, and later be reassembled to hold other goods. 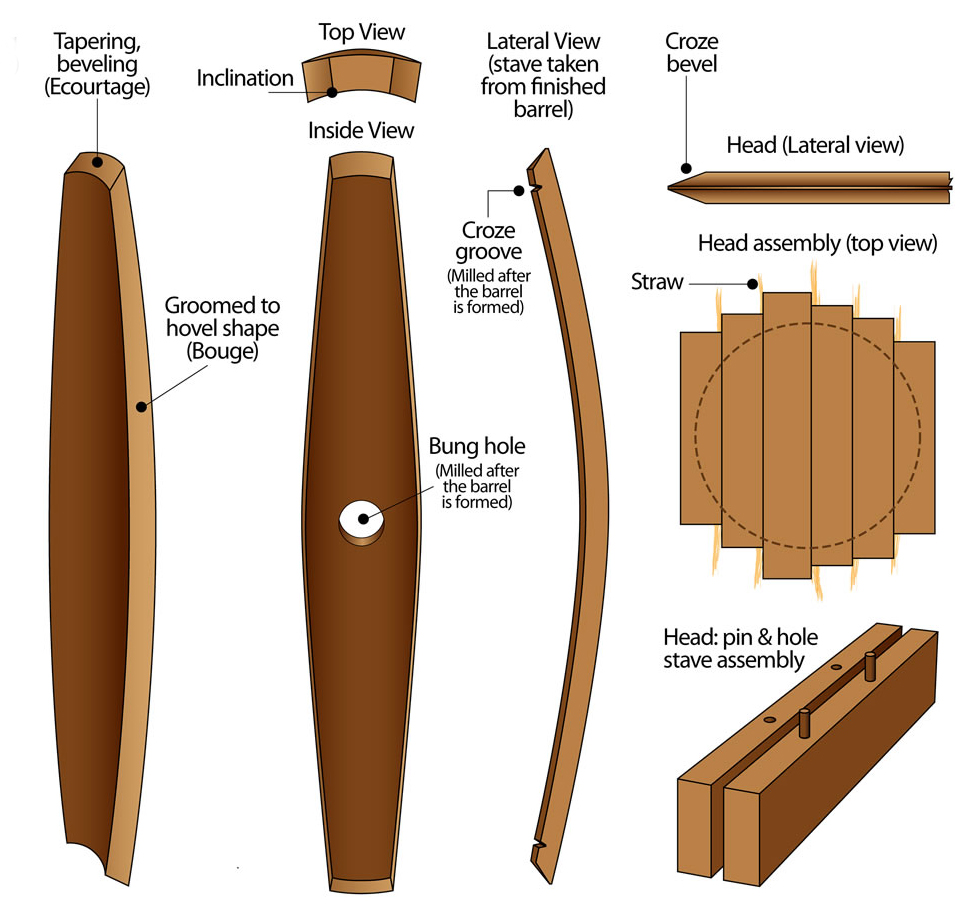 A cask has three main parts. The heads are the two flat, round pieces of wood at the top and bottom of the cask. The staves are the long pieces of wood forming the body of the cask. The center of each stave is wider than the ends so that they form the bulge at the middle of the cask when assembled; the inside of the top and bottom of each stave is grooved (croze groove) so that the heads can slot in tightly. The hoops, which can be made of metal or wood, hold the staves and heads together.

There are two primary types of cask: “tight,” which was made to hold liquids; and “slack,” which was made to hold solids. Despite advances in technology, the method of manufacturing casks has been relatively unchanged for centuries. After choosing and shaping the proper cuts of wood, the cooper creates croze grooves in the staves and assembles the staves around the first head, often aided by a frame. A combination of heat and hoops is used to bend the staves into shape. To remove the head to fill the cask or remove solid objects, the hoop closest to the head would be removed. Liquid contents could be 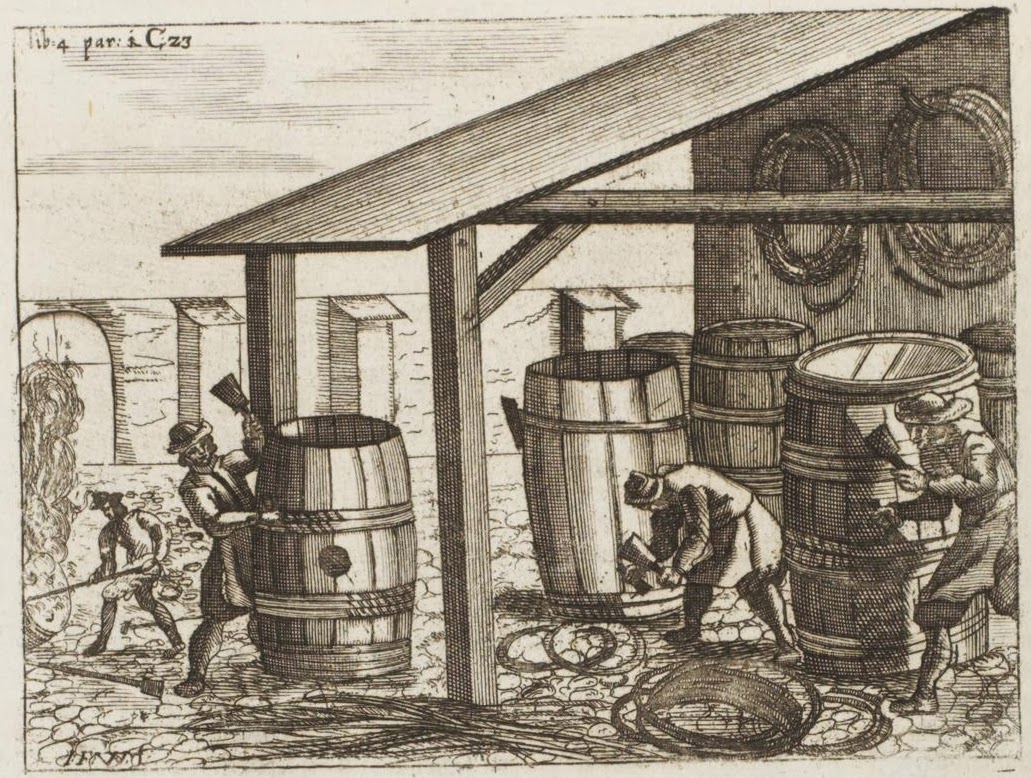 emptied through the bung hole, which would be drilled after the cask was constructed.

There have been no intact staves or heads found from Queen Anne’s Revenge. This is because the site is in a turbulent area, and teredo worms have enjoyed a feast of organic materials from the ship. What remains is the metal hoops, kept together in stacks by concretion. These stacks of hoops may represent casks that have been emptied and disassembled, or hoops that were around staves that fell into stacks as the wood degraded.