My name is Hannah Francis; I am a PhD Candidate in the History Department at Rice University. As a graduate student, I research the history of French and Former-French colonies in the Atlantic World, places such as Haiti, Martinique and Louisiana. Currently, I am the Research Fellow for the North Carolina Department of Natural and Cultural Resources (NCR) “Tale of Two Ships Project,” which seeks to further uncover the history of La Concorde, the slave-trading ship Blackbeard captured and renamed Queen Anne’s Revenge. Funding this project is a grant awarded by the Institute of Museum and Library Services to NCR’s African American Heritage Commission in conjunction with the Office of State Archaeology’s Queen Anne’s Revenge Conservation Lab (QAR Lab). This is the first of three blogs that I will write as the “Tale of Two Ships” Research Fellow.

As a Historian, I have an appreciation for the study of people and the past. Typically, I learn about the past through analyzing written documentation preserved in archives, reading in a library, or by visiting museums, all of which tend to be dry, clean, and quiet. Through my Research Fellowship at the QAR Lab, I have become acquainted with underwater archaeology and conservation, disciplines with their own methods of accessing the human past. While underwater archaeology and conservation share a similar aim as history, I have found their working environment often to be wet, dirty, and loud - the polar opposite of my more familiar experience of archival research. 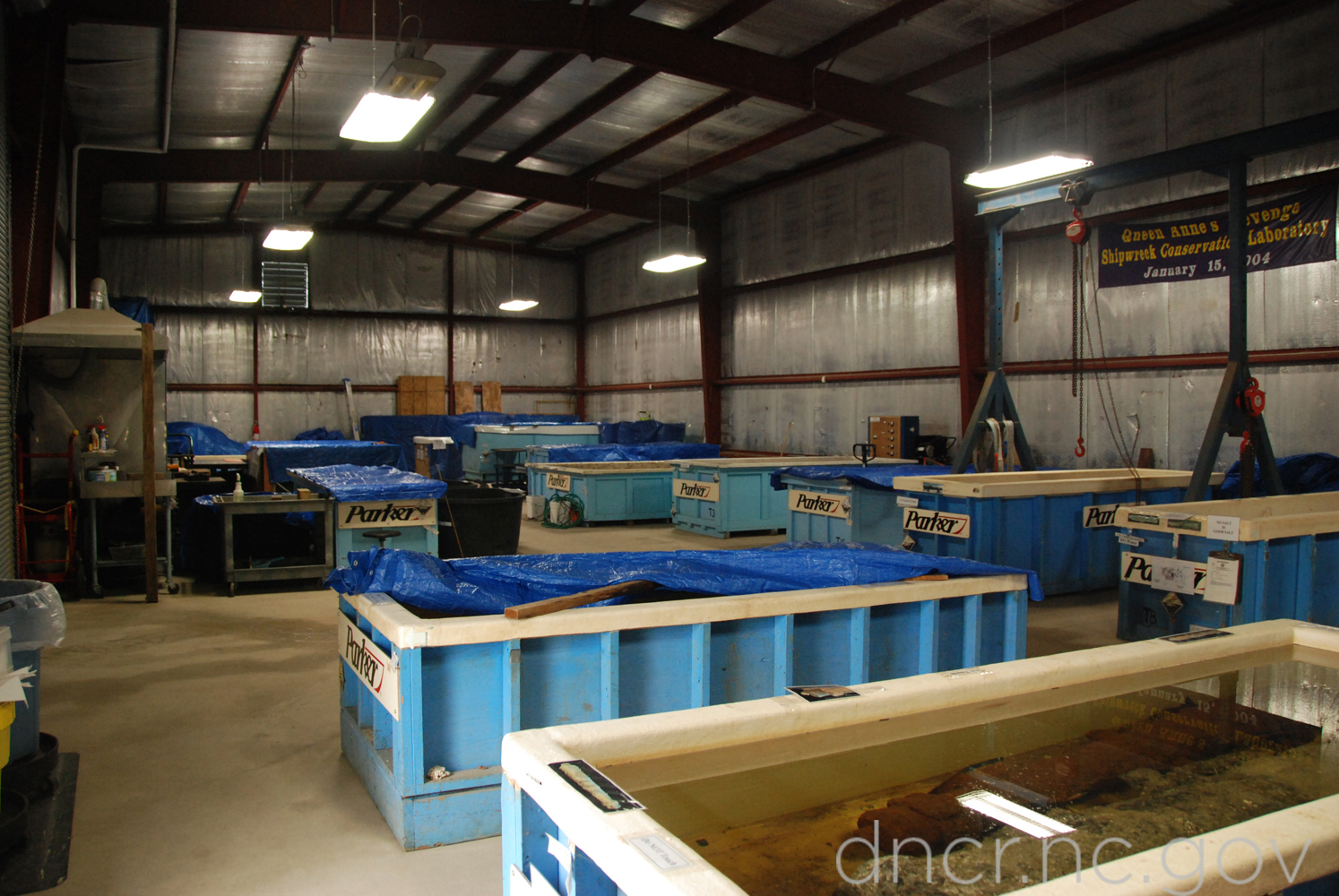 The QAR Lab specializes in the retrieval, conservation, and analysis of objects from North Carolina State shipwreck 31CR314, identified as the wreck of the pirate Blackbeard’s flagship. For the lab to even have access to the objects, underwater archaeologists must first dive the site of the wreck, about a mile off the coast of Beaufort, NC. Many of the objects excavated and recovered from the site are now encased in concretion. Once any object has been excavated from the site, water continues to remain important. Since the objects have been in a marine environment for over 300 years, they must be placed in an aquatic environment on land until they can be treated. As such the lab has many objects stored in tanks with aqueous solutions specific to their respective sizes and needs. Generally, during my fellowship, I avoided most of the wet aspects of work at the QAR Lab, as my main tasks were office-based. However, my stint at the lab happened to coincide with a routine maintenance activity known as “Tank Day”. 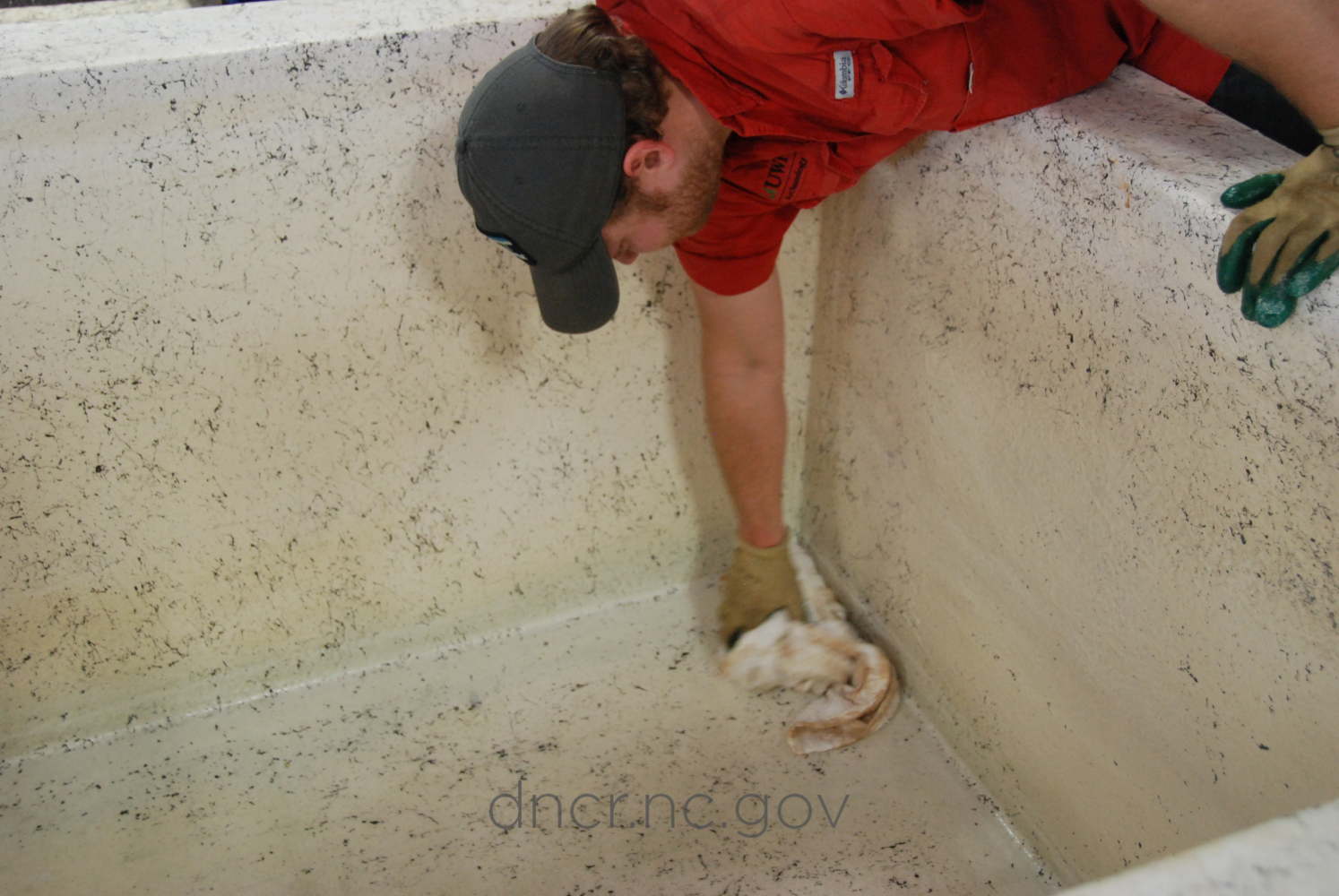 On a Tank Day, the storage tanks containing objects immersed in aqueous solutions are drained, checked, cleaned, and refilled. In preparation for this day, I had been instructed that this was an “all hands on deck” job and to wear old clothes, long sleeves, and sneakers. When Tank Day arrived and I received my tasks, I was glad that I wore the prescribed attire and added long gloves, protective eyewear, and a head covering to my ensemble. My primary contribution to Tank Day included cleaning tanks, which consisted of bailing out water until it was so low that it could be sopped up with rags. Then, using a clean rag, I wiped down the empty tank. I also had the opportunity to use a brush to loosen and remove accumulated corrosion and debris from the large iron anodes used in the electrolytic reduction treatment tanks. I can attest that tank day was both wet and dirty!

While the wet and dirty aspects of the QAR Lab were definitely new experiences for me, I found the difference in sound from my usual work environment to be most exotic. Noise is a necessary part of the QAR Lab’s function, as the treatment of some objects requires machinery. For example at the Lab, conservators free objects from concretions with an air scribe, a small pneumatic instrument that produces a lot of sound while chiseling concretion deposits. Another noisy process was cannon boring, where the inside of the bore of the cannon is cleaned of concretion with a motorized drill. A small hand drill used on screws produces some noise so a drill large enough to fit inside of a cannon produces a booming sound requiring protective earwear. As I witnessed and experienced, working in an archaeological conservation lab can be noisy but with good reason.

For me, being at the QAR Lab was definitely a different experience but I found the differences to be tolerable and in some cases even refreshing. Although I was initially apprehensive about Tank Day, I now appreciate having had the experience. Additionally, while some of the activities of the lab are noisy, they are important steps in learning and conserving the past. I am immensely grateful for this lab, its staff, and the people elsewhere doing similar work because through multiple approaches to studying and preserving the past we will all gain a better understanding of it. 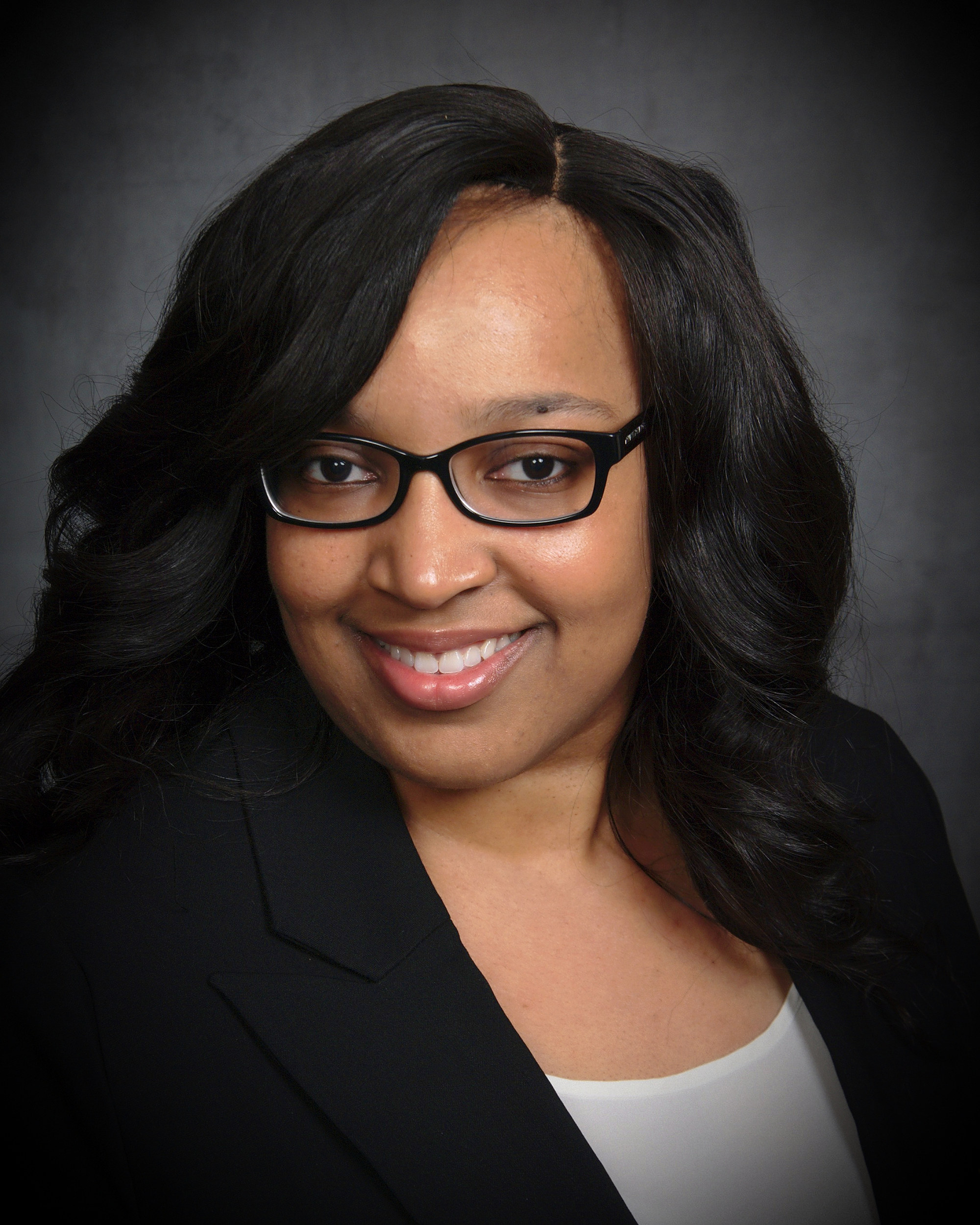 Hannah Francis is a sixth-year PhD Candidate in the History Department at Rice University in Houston, Texas. Her research focuses upon people of African descent in francophone and former French Colonies of the Atlantic World. Currently, she is writing her dissertation, analyzing passports issued to free and enslaved people of African descent for travel from nineteenth-century New Orleans, tentatively entitled: Passports to the Atlantic: Travelers of Color from Nineteenth-Century New Orleans.