On This Day, the Slave Ship Reached Port

On June 27, 1717*, La Concorde arrived at the trading port of Juida (or Whydah), present-day Ouidah, Benin. Over the next several weeks, the crew traded the goods they brought with them from Europe for 516 slaves and 14 ounces of gold dust. We do not know what was brought on this particular voyage for trade, but at the time preferred payment to the African merchants was cowrie shells, on which the regional economy was based. 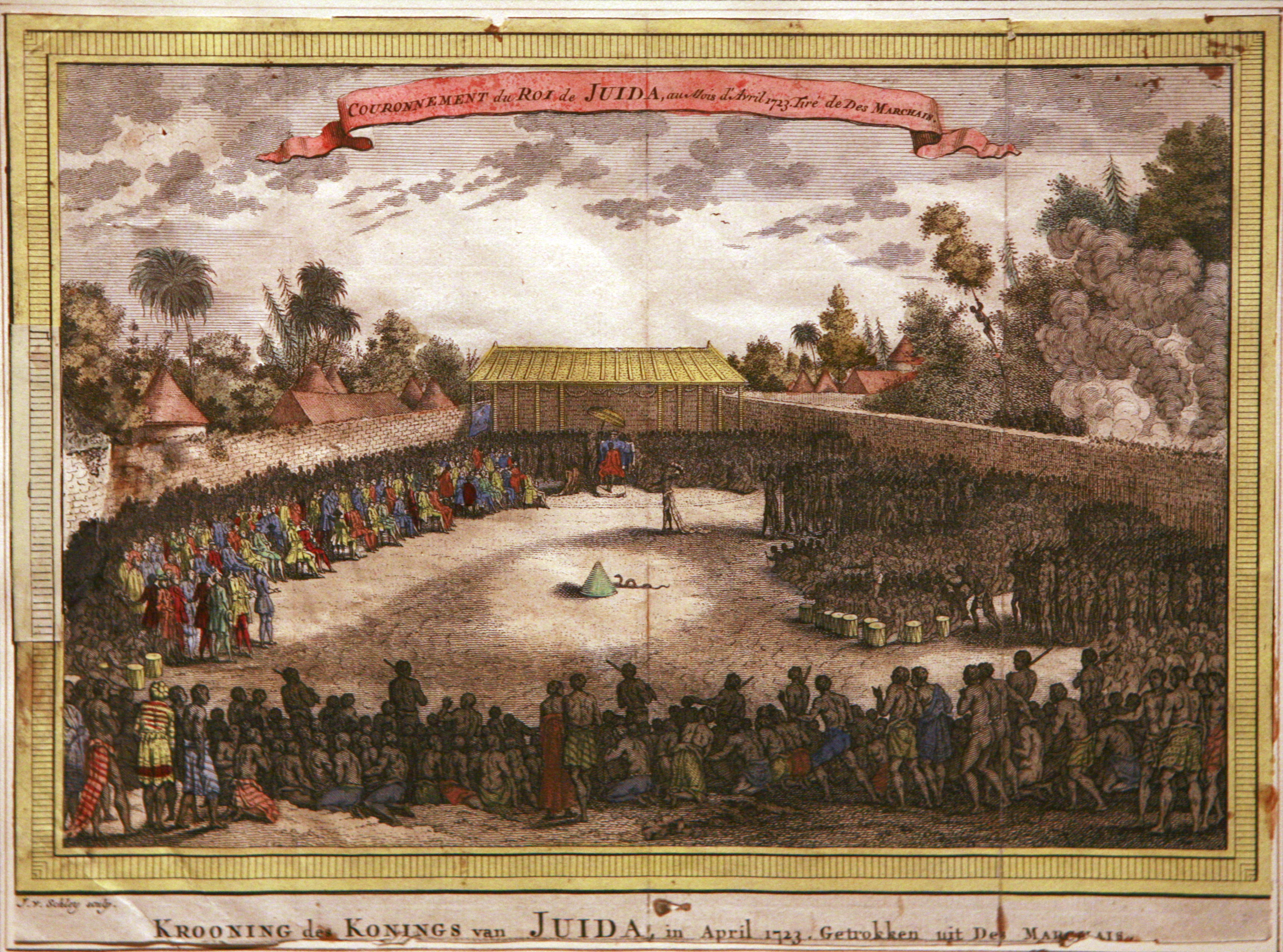 The port town itself was originally known as Gléwé, an African village in the Xwéda kingdom (Anglicized to Whydah) with an economy based on agriculture, hunting, and fishing. The Xwéda and surrounding kingdoms were ethnically and politically different, but they shared a similar language. Slaves were not the initial export of what would become known as the “Slave Coast”; in the mid-16th century the Portuguese, followed by the Danes, Swedes, English, and French, traded with the Xwéda for salt, iron weapons, beads, and cloth. By the end of the 17th century, however, France had established the largest of the European trading posts in Gléwé.  The port would become known to the European world as Whydah, Juida, and Ajudá, and the center of slave export in the region. While European presence grew, the land and peoples were still under the control of the African King Huffon, who controlled the international commerce until 1727. He opened trade to all nations, and in 1704 decreed that no country should interfere with the shipping of another, even if they were at war.

*The original French documents state the date as July 8. However, the French calendar in the 18th century differed from the English calendar by 11 days. The date used here (June 27) corresponds to the 18th-century English calendar for consistency.