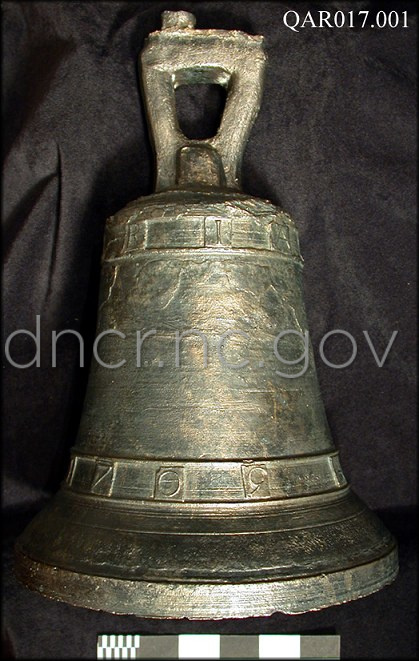 A cast bronze church or ship's bell was recovered from the Beaufort Inlet site in 1996. The bell is dated 1705 and was one of the first clues that divers discovered an early eighteenth century shipwreck. The bell features the Latin Roman Catholic invocation “IHS MARIA” (Iesus Hominum Salvator).

The bell may have been obtained when Blackbeard captured a Spanish sloop off the coast of Cuba.