When thinking about the ocean, sailing, and history, superstition and folklore abound. Not unlike many other groups of people, sailors had their lore to aid in comprehending why inexplicable events happen. Why would ships regularly crash in an area? Why do ships leave port and never return? Sea monsters, mysterious triangles, and legends helped rationalize unknown rocks and reefs, and weather events like hurricanes and currents.

Hybrid human-like creatures such as sirens and mermaids have pervaded maritime folklore throughout history. A fish-cloaked man called an Apkallū, frequently depicted as an advisor to the god Ea in ancient Mesopotamia, is not considered a true merman. However, in Babylonian texts, the Kulullu appears as a creature more similar to the modern merfolk interpretation, described as having a human upper body, with the lower body of a carp.

Ancient Greece gave us the famous pair of sirens that attempted to ensnare Odysseus and his crew when sailing from Aeaea toward the lair of Scylla. These sirens were depicted as half-bird and half-woman, who would entice passing sailors with their song. They are said to have driven men crazy and it would be certain death for anyone on a vessel passing too closely. Odysseus circumvented this by placing wax in his men’s ears and tying himself to the mast of the ship so that he could listen but not change the course of the ship. Ancient Greece also depicted Triton, a demigod, and son of Poseidon, as a merman who resided in a palace under the sea.

Later, the term for sirens and mermaids become more interchangeable and the modern depiction of the mermaid emerged. On January 9, 1493, Christopher Columbus reported that he had seen three mermaids the previous day when sailing to the island of Española, modern-day Hispaniola. Columbus wrote that these mermaids “…rose well out of the sea; but they [were] not so beautiful as they are painted.” He claimed to have also seen mermaids off the coast of Manequeta, or modern-day Guinea. What Columbus actually saw in the Caribbean and off the coast of Africa were manatees! Manatees, or sea-cows, are marine mammals designated under the “Sirenia” order and found in many different tropical locations globally. 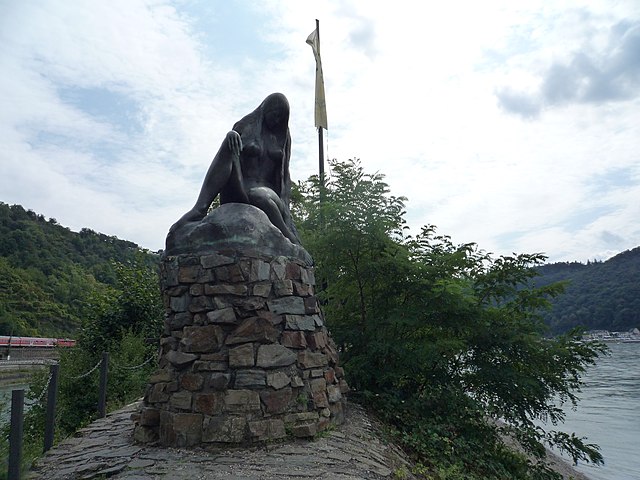 In Northern Europe, the legends of mermaids and sirens are also very much alive. The Rhine River is a major shipping route for all of Europe and has a treacherous bend known as Lorelei Rock. Even today with modern technology, pilots will call for locals to help navigate their ships through the waters, for fear of crashing. Legend states that a young woman threw herself into the river, after being spurned by her love. She then turned into a siren, who lures sailors to their deaths. Even today, some blame the Lorelei whenever any ship has a problem. 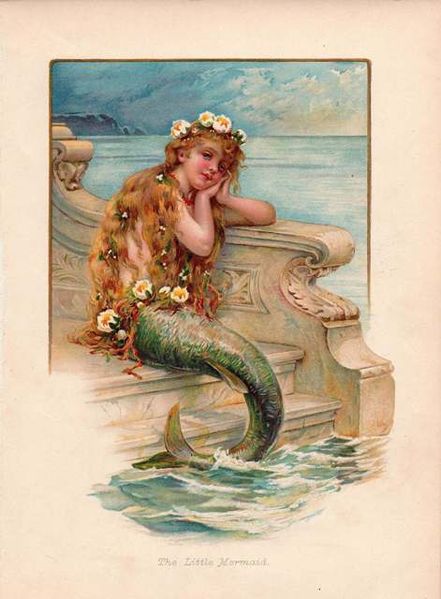 The most notable northern European story is "The Little Mermaid" by Hans Christian Andersen written in 1837. It is probably one of the best-known and most influential depictions of mermaids in the modern era. The original story is much darker than the film, scarier and relatively short, but we won't give away spoilers! Disney animated the story in 1989, and it became incredibly popular, winning two Academy Awards and a Grammy. This romanticized tale of the mermaid and love is probably one of the more significant pieces of mer-culture for modern society but is very different from its vast history! No longer are mermaids viewed as demigods or creatures who lure sailors to their demise. With the modern interpretation, merfolk are less malicious and far more whimsical.

Images:
-Derceto, a Syrian fertility goddess who took the form of a mermaid, from Athanasius Kircher Oedipus Aegyptiacus, 1652. {{PD}}
-Bas-relief of an Apkallu figure from the Temple of Ninurta at Nimrud, from Layard, Austin Henry. A second series of the monuments of Nineveh including the bas-reliefs from the Palace of Sennacherib and bronzes from the ruins of Nimroud; from drawings made on the spot, during a second expedition to Assyria, London, 1853. {{PD}}
-Odysseus and the Sirens. Detail from an Attic red-figured stamnos, ca. 480-470 BC. Image by Jastrow, 2006. {{PD}}
-Lorelei Statue on the Rhine, by Natasha Alexandrovna. Image by Sjaak Kempe. {{CC BY 2.0}}
-Illustration of the Little Mermaid by E.S. Hardy, from Andersen, Hans Christian. Stories from Hans Andersen, London: Ernest Nister, 1890. {{PD-US-expired}}