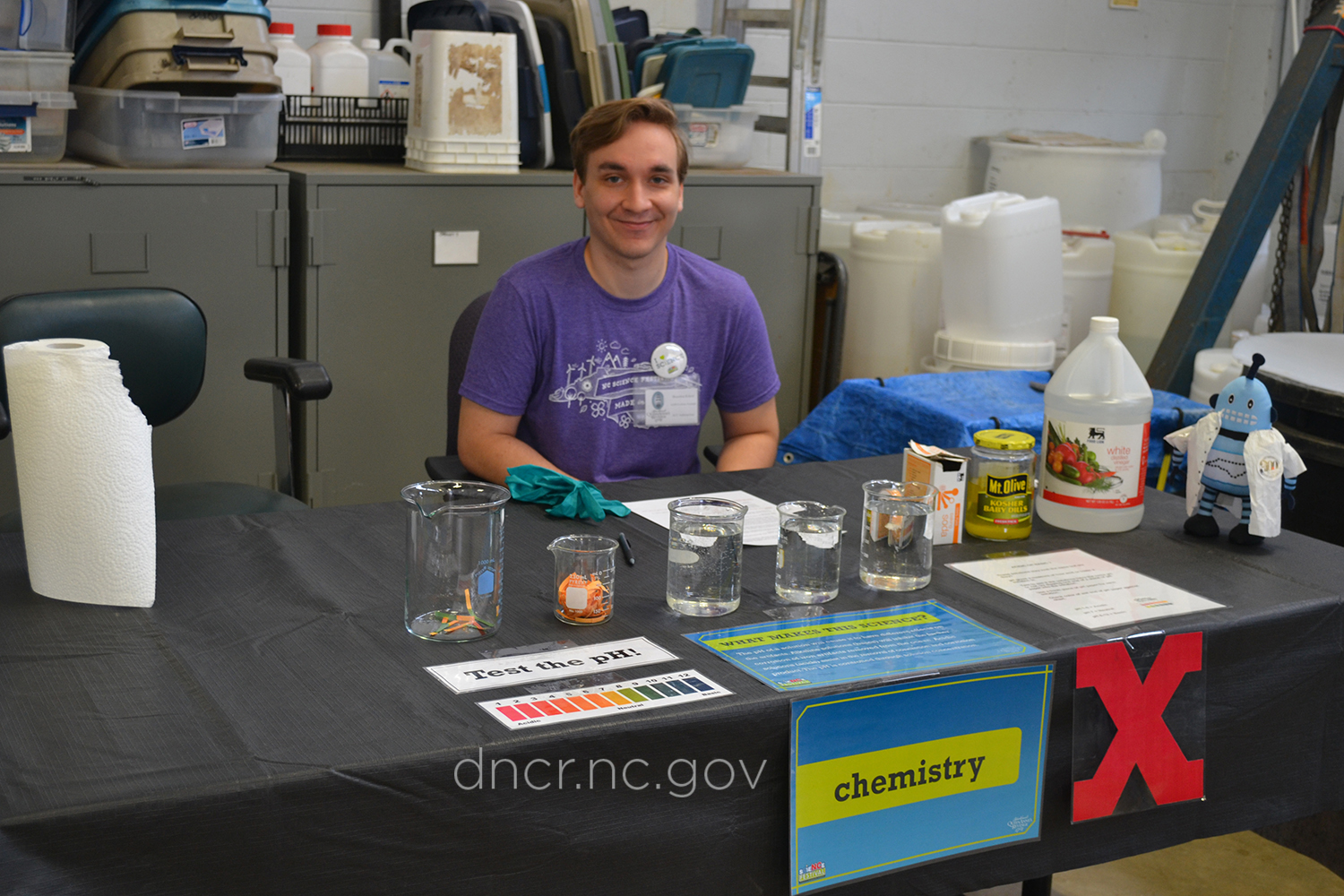 My name is Brandon Eckert and I am an intern at the Queen Anne’s Revenge Conservation Lab in Greenville, North Carolina. Currently, I am in my second year as a master’s student in East Carolina University’s Department of Anthropology. Since I was very young, I have been deeply interested in history. Much of this interest stems from the numerous times I accompanied my parents and younger siblings to historic sites and museums all along the east coast from western New York, where I’m originally from, to Florida. A few of these places included Revolutionary War battlefields, Spanish and English forts, southern plantations, and various historic buildings. While all of these sites were a great deal of fun to visit and tour, few had a bigger impact on me than Colonial Williamsburg in Virginia. Whether it was walking through the streets of a reconstructed British-colonial town or seeing the area populated with historical interpreters in full period dress, Colonial Williamsburg instilled in me a deep appreciation for our nation’s comparatively recent British-colonial history.

After taking several history classes in high school, it was time to decide what to pursue in college. I researched history programs at universities all over the United States and in Canada. Lists were created, calls were made, and emails were sent. But, in the end, I still felt that something was missing in my search. I knew I loved history, but I wasn’t sure what I wanted to do with it. Eventually, however, I came to the realization that pursuing archaeology was the perfect path to a career where I could interact with the tangible aspects of history on a regular basis.

This pursuit led me to the University of North Carolina at Wilmington. After four years of classes in all four sub-fields, I graduated with a degree in Anthropology in 2016. Immediately after graduating, I signed up for UNCW’s archaeology field school. Although our excavations at Brunswick River Park near Wilmington did not yield much material, participation in the field school introduced me to the neighboring site of Brunswick Town. The other field school students and I eventually had the opportunity to visit the former British-colonial settlement, where we also met students from ECU’s own field school. It was here that I met and briefly talked with Dr. Charles Ewen, who would later become my advisor at ECU. 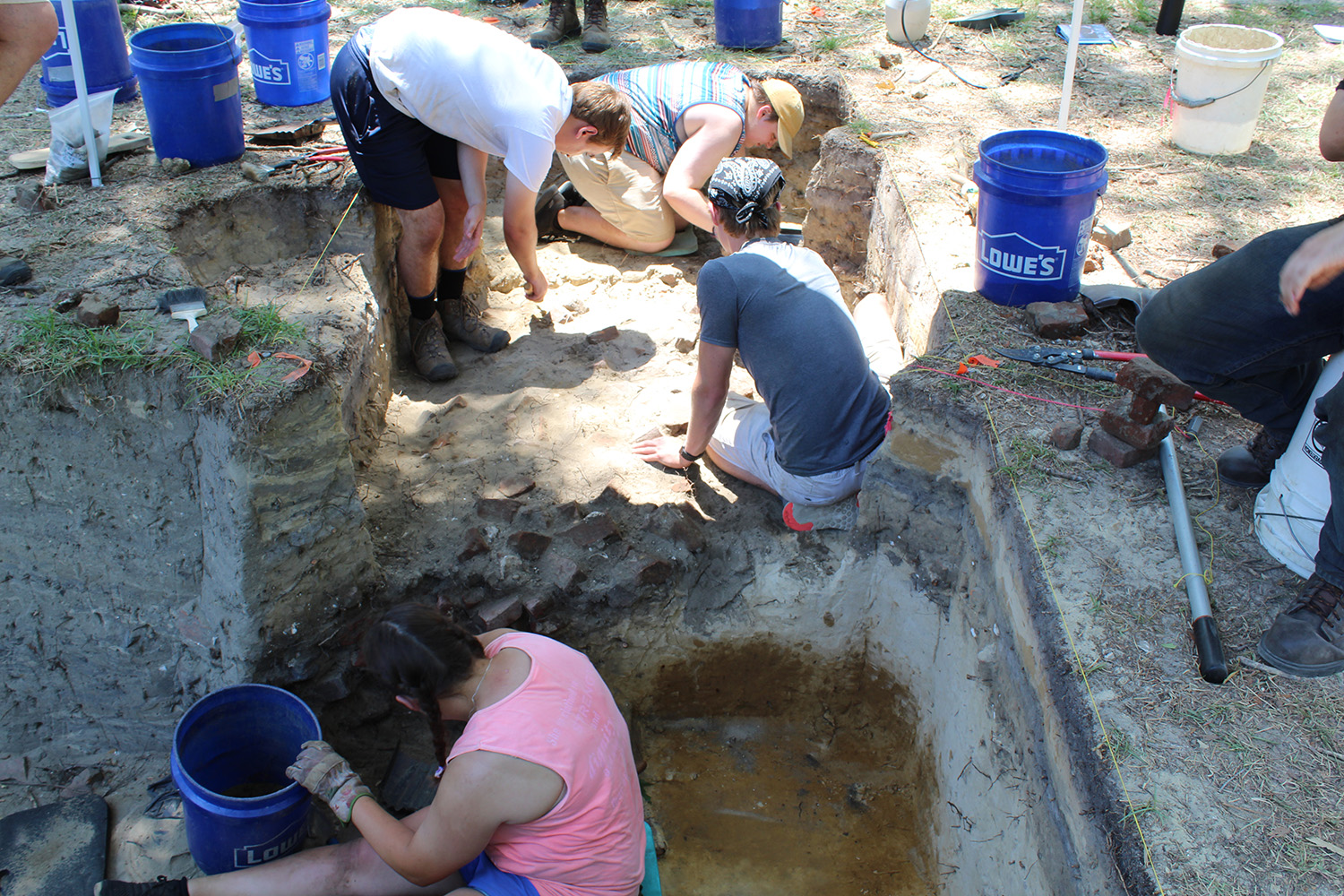 When it came time to decide on my options for graduate school, ECU was at the top of my list. After being accepted into the program, I finally returned to Brunswick Town in the summer of 2018 to serve as a field school supervisor. In addition to my participation in excavations at Brunswick Town, I have also had the opportunity to work as an intern at the Queen Anne’s Revenge Conservation Lab. While working at the lab, I have been able to participate in a range of treatment processes for the conservation of multiple artifact material types. In the time since I began working at the lab, I have also taken on a few personal projects. One of these is the treatment of a waterlogged wooden cask hoop recovered from Brunswick Town in 2015. While I am looking forward to graduating this Spring, I will miss the lab dearly. For a person that loves history as much as I do, this experience has been a nothing short of incredible.

Images:
Brandon at the QAR Lab. Image by NC Department of Natural and Cultural Resources.
The excavation at Brunswick Town, with Brandon at rear left. Image by East Carolina University, Department of Anthropology. Used with permission.