This year marks the centennial of women’s suffrage, and we wanted to participate in DNCR’s She Changed the World Campaign by highlighting female pirates through the ages. Follow along throughout the year as we further explore these lesser-known figures in piracy, and take a look at other notable female contributions to maritime history.

In the late 1600s the options for a widowed mariner’s wife were limited. For a widow who found herself expecting a child that was conceived after her husband went to sea, the future would have seemed bleak with no possible options. Mama Read, whose name has been lost to history, was apparently not one to give in easily. In order to survive, Mama Read disguised her illegitimate daughter, as her unfortunately deceased legitimate son, to receive support from her former mother-in-law. According to Captain Charles Johnson, this ruse was so successful that when her to daughter “grew up to some sense” the mother had to tell her daughter she wasn’t actually a boy. This is only the beginning of the somewhat colorful life of Mary Read (1695?-1721).

Mary continued to masquerade as a man, eventually joining the military. In fact, when she fell in love with a Flemish solider, it was not until she chose to reveal her gender to him that he had any idea she was not a man. The two married, and she resumed dressing and living as a woman for a time. At her husband’s early death, however, Mary once again took up men’s clothing to provide a life for herself, eventually succumbing to the lure of piracy. Mary soon found herself in the company of Jack Rackham and Anne Bonny, famously fighting alongside her fellow female pirate when Rackham’s ship was captured. She was convicted of piracy but received a stay of execution when she revealed she was pregnant. Mary fell sick and died of a fever while in prison. 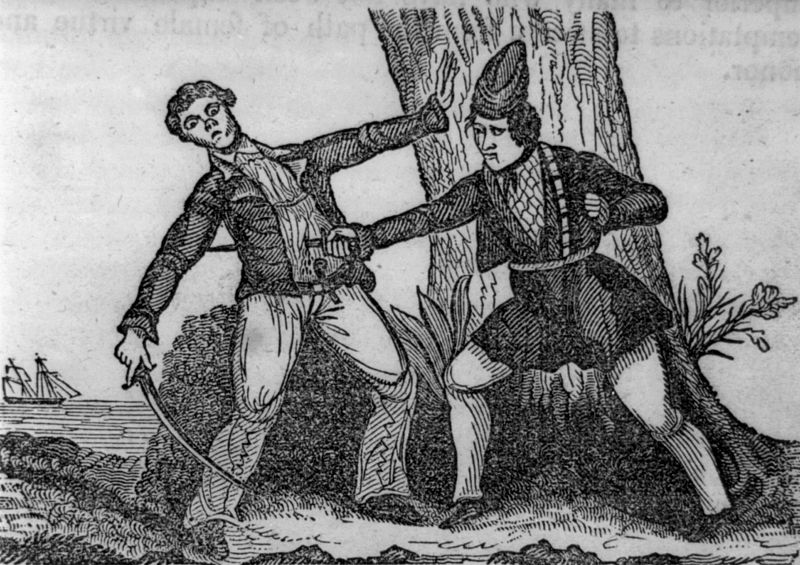 When historian Laurel Thatcher Ulrich first wrote the line, “Well behaved women rarely make history,” she could not have imagined how right she was. Mary Read, an extremely mis-behaved woman, goes a long way to support this statement as we continue to remember her while so many of her female AND male contemporaries are forgotten. During her time as a pirate, one of Mary’s best-known escapades was when she became concerned for her pirate lover’s safety. Her lover, who was never named, had been challenged to a duel that she felt he could not win. To prevent this duel, Mary found the opponent and purposely challenged him to a duel that would take place before her lover’s. She won with a single shot! Mary and her mother’s stories can be found in the book “A General History of the Pyrates” by Captain Charles Johnson (sometimes listed as Daniel Defoe).

Christine Brin is the Educational Group and Volunteer Coordinator at the North Carolina Maritime Museum (NCMM) in Beaufort.

Images:
Anne Bonny and Mary Read, from Johnson, C. A General History of the Pyrates, 1724. {{PD-US}}
Mary Read, challenging a fellow pirate to a dual, from Ellms, C. The Pirates Own Book: Authentic Narratives of the Most Celebrated Sea Robbers, 1837. {{PD-US}}