Did you Know the Gentleman Pirate was Hanged?

When we last visited the story of the gentleman pirate, Stede Bonnet had been convicted for his crimes of piracy. Bonnet had to wait an entire month until his scheduled hanging. During that time, the pirate lost his nerve and attempted to solicit pity from anyone who would listen. Some of the townspeople succumbed to his pleas and asked for mercy on his behalf, but to no avail. Bonnet himself even wrote a letter to the governor, pleading for his life and claiming that he was a changed man and would lead an exemplary life if spared. The governor was not to be swayed. Piracy had done too much damage to the city, and no pirate would be spared. 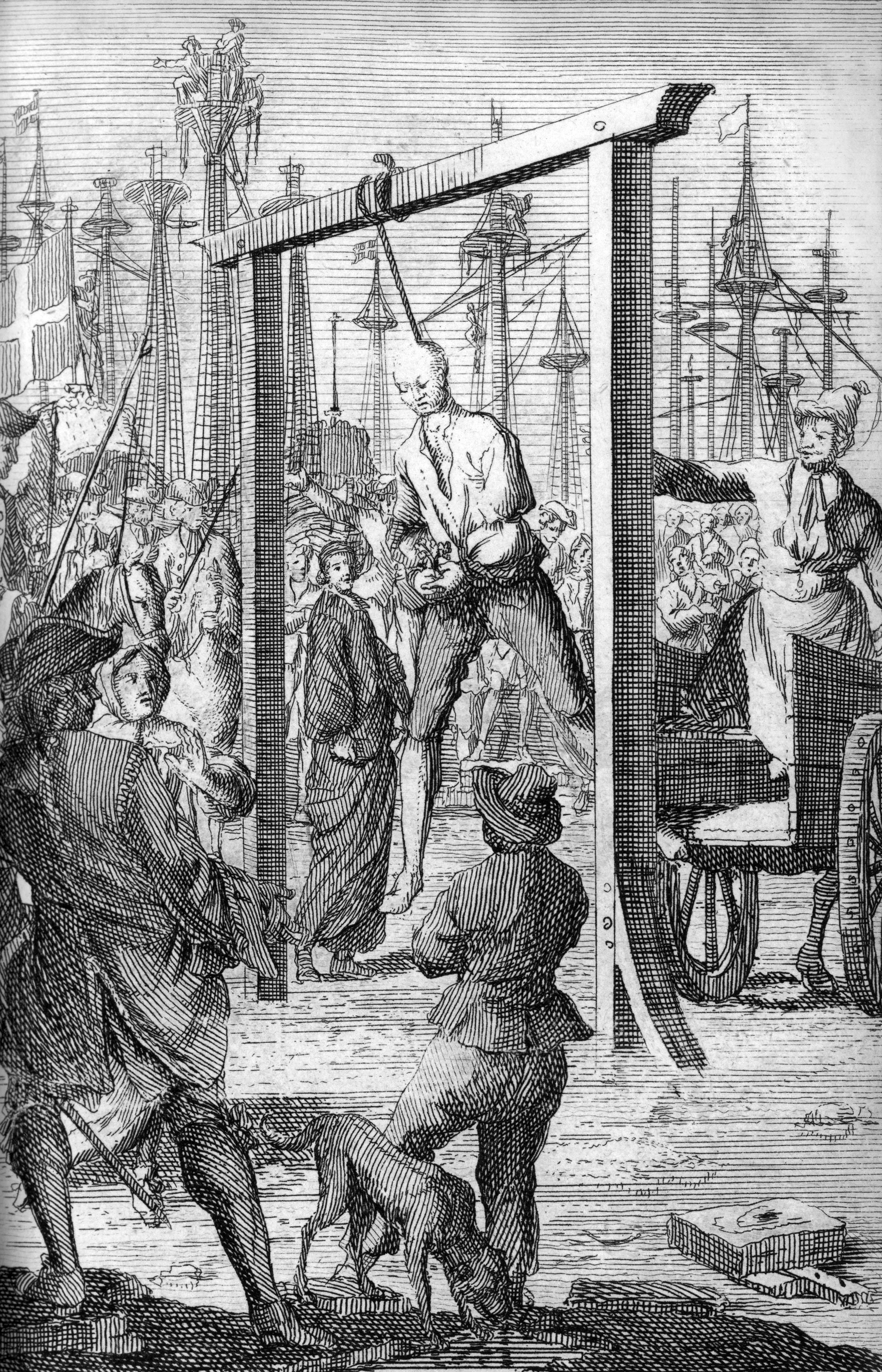 On the 10th of December 1718, Bonnet began his doomed procession to the White Point Gallows, where most of his men were also executed. Holding a wilted bouquet in his chained hands, a militia accompanied Bonnet’s wagon to the platform while a death knell was drummed. Nearly fainting as he approached the scaffolding, the crowd watched on with mixed sentiments as he was held upright, and the noose slipped around his neck. The whip cracked, the cart moved, and so swung the gentleman pirate.

Bonnet’s body was interred below the low tide mark in a muddy marsh, along with the rest of his crew, so that no trace would remain. A sorry end for a gentleman, but a fitting outcome for a pirate. If you visit Charleston today, a historical marker stands in the spot where many pirates, including the gentleman Stede, met their grizzly end.