Did you Know the Gentleman Pirate was Tried in Charleston? 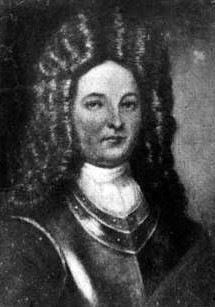 Early November 1718 proved a busy time in the life of Stede Bonnet. If you recall, the gentleman pirate escaped custody in Charleston in October. He and fellow pirate David Herriot fled in a small boat but only made it as far as Sullivan’s Island, a mere handful of miles from Charleston. The hunt was back on.

While Colonel Rhett was pursuing Bonnet for a second time, the city of Charleston wasted no time in prosecuting Bonnet’s crew. After a scathing speech by the vice admiralty judge and South Carolina’s chief justice, Nicholas Trott (who was also Rhett’s brother-in-law), 29 of the 33 pirates who had been indicted received the death penalty. The pirates had little to defend, as the captains and crews of the captured vessels were there to bear witness and testimony. Thirty of the prisoners entered not guilty pleas, two pleaded guilty and one pleaded guilty to one indictment. Many pleaded that they were forced into piracy, as was indeed the case with a few. In the end, twenty-two of the pirates were executed by hanging. The sentences of the seven others are unknown.

Bonnet had set up camp on the north end of Sullivan’s Island, confident his escape was successful. But Rhett soon located the pirates’ camp after bushwhacking his way through the underbrush in the dead of night, taking Bonnet by surprise. Rhett’s men opened fire, killing Herriot and forcing Bonnet to lay down his arms and return to Charleston. The gentlemen pirate was recaptured, and this time for good.

By the time Bonnet returned to custody in Charleston on November 6, the trials of his crew had already concluded. On November 10, the court met to decide Bonnet’s fate. Although he had taken many prizes, the most recent were used in the prosecution, as the captains and crews of those vessels were present. But when Bonnet was called upon, he pleaded not guilty.

The assistant attorney general’s statements called Bonnet “the great ringleader of them, who has seduced many poor ignorant men to follow his course of living and ruined many poor wretches”. There were many there to testify against the pirate, but nevertheless, the excuses came pouring out. He claimed he had not wanted to take prize ships, but was overruled by his crew, or that he was asleep, or that he had never forced anyone to sail under him. These were of course obvious falsehoods, and the jury found him guilty as charged.