Did You Know Blackbeard's Flag is a Modern Design?

The most prominent symbol for piracy in popular culture is a black flag decorated with the infamous skull and crossbones. This flag has been used within the mythos of pirates, both real and fictional, for over 300 years. With the expansive mythology surrounding piracy, and particularly Blackbeard, it is worthwhile to look deeper into this iconic flag and its connections to the infamous pirate.

Long before the modern age of radio messaging, flags were the primary and most important means of communication and identification between ships at sea. Experienced seamen could typically identify ships of all seafaring nations solely by the colors flying at their mastheads or ensign staffs. In many cultures around the globe, the color black is associated with notions of death. Pirates played upon this idea and adopted the black flag as their personal standard. Red, or “bloody," flags were also used to communicate no quarter to enemies, and were used interchangeably with the black. This not only made pirates instantly recognizable to both their victims and to each other, it also helped instill a sense of fear in all sailors.

In addition to the colors of the flags, pirates also used iconography to convey fear. They drew upon Christian religious symbolism, commonly found on gravestone art, and manipulated these meanings to give them new implications in a maritime context. The skeleton or “King of Death” (Grim Reaper), skull motif or “Death’s head,” crossed bones, hourglass, dart, and black color all suggested mortality, the temporary nature of life, and the swift passage of time. Pirates played with these concepts through their symbolism and expected their prey to see this and immediately surrender, or the consequences would be fatal. 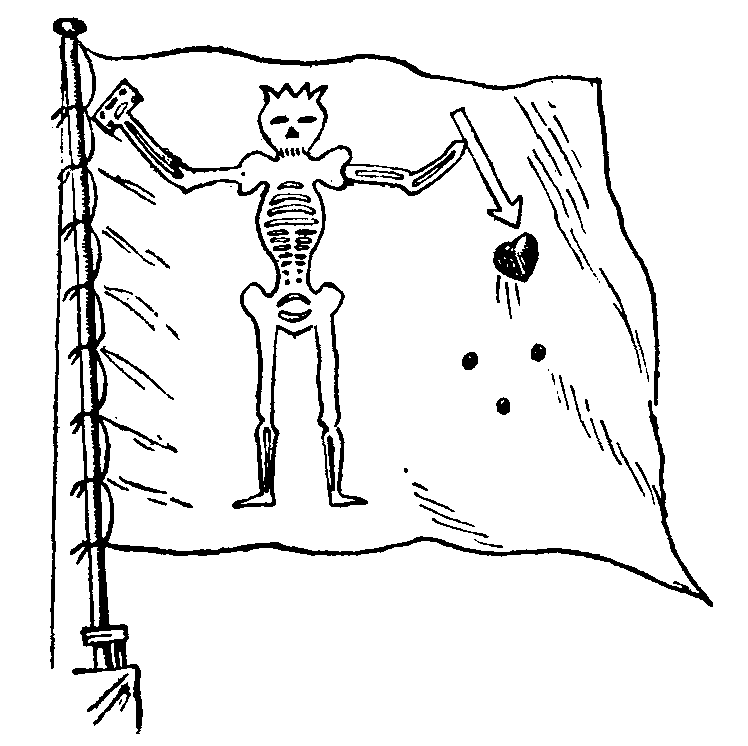 Blackbeard is perhaps the most well-known pirate of his age, but when it comes to connecting him with his flag, history gets a bit muddled. Blackbeard’s flag is typically described as having a horned skeleton, holding an hourglass in one hand and a spear piercing a heart with three drops of blood, in the other. This imagery, however, has no contemporary links to any accounts of Blackbeard in the historical record. Historian E.T. Fox points out that the first time this flag design appears is in a Mariner’s Mirror article published in 1912, and was only associated with Blackbeard much later. Additionally, the symbols on the popular image do not link with their historical variations. In the 18th century, the horned devil was not typically depicted as a skeleton, and the skeletal “Death” was never shown with horns. Therefore, the figure associated with Blackbeard is an odd combination of the two.

Ultimately, a 1718 newspaper description of Blackbeard’s attack on a merchant ship reveals the only known contemporary account of the infamous pirate’s flag, “…a large Ship and Sloop with Black Flags and Deaths Heads in them and three more Sloops with Bloody Flags all bore down upon the said ship Protestant Caesar…the Ship had 40 Guns and 300 Men called the Queen Anne’s Revenge, commanded by Edward Teach…” 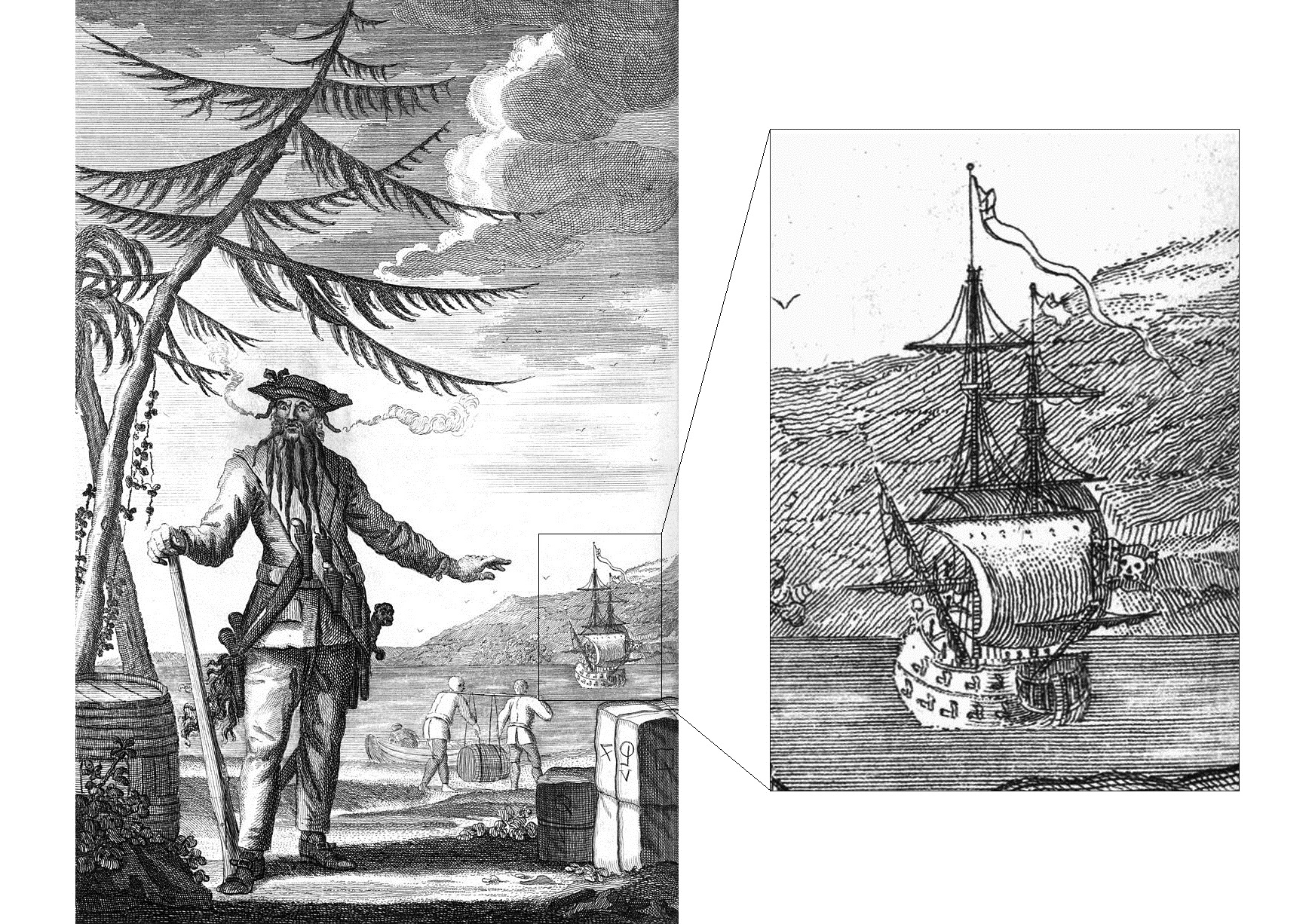